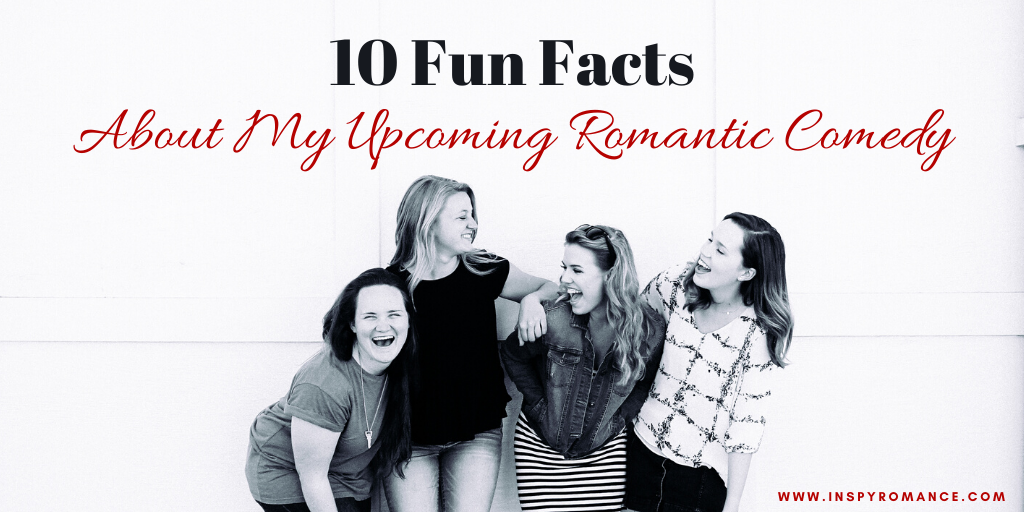 In Husband Auditions, Meri Newberg is the last of her friends to remain single, so she jokingly agrees to try a ridiculous list of ways to find a spouse that was published in a 1950’s magazine article. Confirmed bachelor Kai Kamaka suggests he film her attempts for a YouTube show so he can make a name for himself as a cameraman, but the more time he spends with her, the less he likes being alone. The only problem is that he’s not the kind of husband material she’s advertising for on billboards or trying to lasso on street corners…

The funniest thing about this books is that the idea came from a real life list. If you didn’t see it when it was floating around social media a couple of years back, here’s a glimpse. 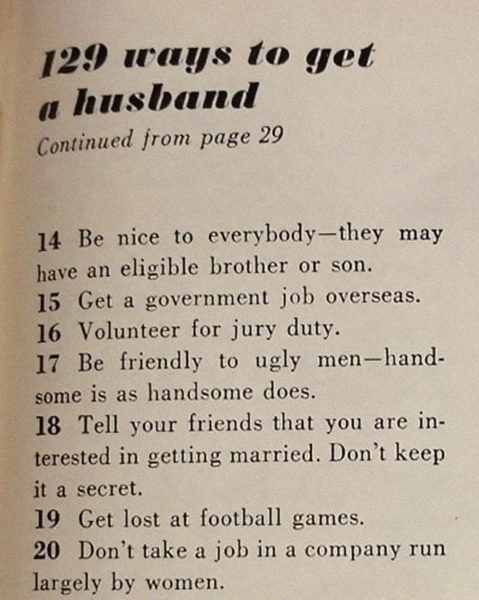 Now for a list of my own. Here are ten fun facts about writing this story:

1.) Meri is a girl next door with an abundance of hair and freckles, and she does get glasses because it’s on “the list.” I based Meri’s looks on my college friend, Liz. Liz also has that same sassy personality that makes Meri an instant internet sensation. 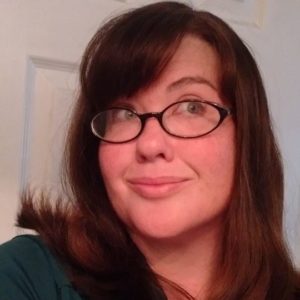 2.) Kai is Hawaiian and has a “hang loose” personality. My husband, Jim, grew up in Maui and took me there for our anniversary. Here’s the photo of a luau dancer I used for inspiration. 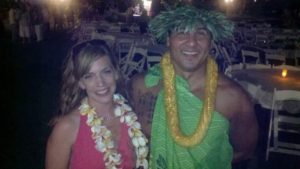 3.) I set the story in Portland, Oregon where my son is attending film school at Portland State. This is also the university Meri’s brother and Kai attended, and, like them, my son and I love discussing movies and screenplays. Here we are at my alma mater, U of O, which also gets mentioned in the book. 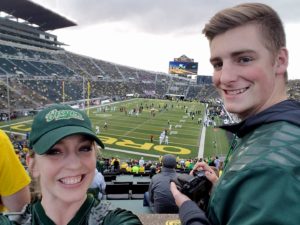 4.) In line with the city’s motto of “Keep Portland Weird,” their semi-pro baseball team is called the Portland Pickles. Dillon the mascot plays a pretty big role in Meri’s romance. 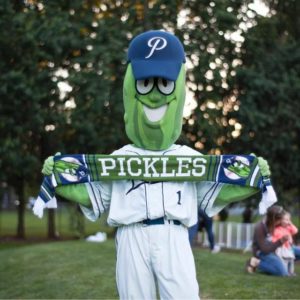 5.) If that’s not weird enough, The Unipiper rides around the city on his unicycle in various costumes, playing fire-breathing bagpipes. He makes Meri feel more normal about all the crazy things she’s doing. 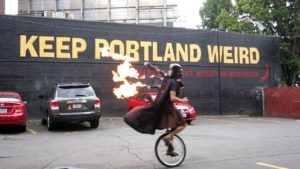 6.) The scene set at Multnomah Falls involving a flip-flop really happened to my family. This is one of my favorite scenes, though author Kimberly Rose Johnson suggested I tone it back because I’d taken it over the top. Literally. In spite of the flip-flop incident, I still love hiking the falls every chance I get. 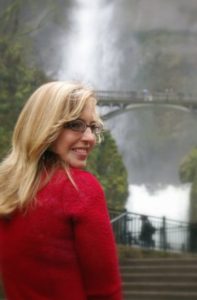 7.) I actually stuck a different real-life author in the book. See, I’d taken “the list” to a writer’s conference to let my friends help me brainstorm. Peter Leavell read the suggestion of carrying around a hatbox and was instantly intrigued. He said something like, “Oooh… A hat box.” To which I replied, “Only you, Peter.” So I turned him into a character, and, of course, being the smarty he is, he says one of the most integral lines.

(I tried to find a normal picture of Peter and I together, but all I could find is this one where we’re doing yoga poses with an elf in the middle. Maybe Portland doesn’t have the monopoly on weird.) 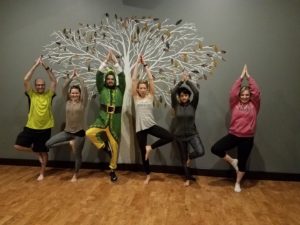 8.) One of Meri’s list items is learning to play golf, but that’s too boring for her. She would much rather play foot golf. Did you know there was such a thing? 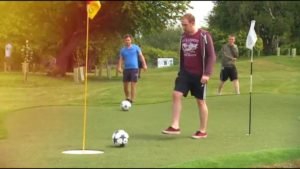 9.) I named my main character before realizing I’d found the perfect name for a heroine with the goal of getting married. I’d simply asked online what were some names not used much in Christian fiction, and Mary Ann Hake said she doesn’t often see her name. I changed the spelling of Mary to Meri because I wanted to tie my heroine back to the 1950s by having her full name be Meredith after her great grandmother. Here I am with the real Mary at the Oregon Christian Writer’s Conference last fall. 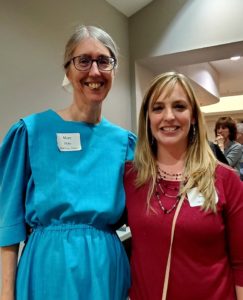 10.) Besides making this story fun, I wanted to use it to dig deeper into the value placed on marriage. While Meri feels left behind because she’s not married like her friends, she comes to realize that not all their marriages are what she’d thought they were, and that maybe living happily ever after requires more than just a proposal.

I look forward to giving you actual details on the book (including whether the title gets changed or not). And I hope you’ll enjoy reading it as much as I enjoyed writing it.

What are the funniest situations you’ve read in romantic comedy?