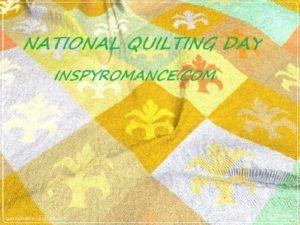 For all of you quilters out there, it’s also National Quilting Day.

In our house, Saturday means date night. Back in our early dating years, our dates consisted of an 18 hole round of golf, followed up by dinner at a nice restaurant.

When Derek and I first met, I’d just started to play golf. As we planned one of our afternoon dates, I suggested going to a local nine-hole course. It was the perfect place for beginners. My suggestion brought a look as though I had three heads.

“Golf ? That’s kind of a wimpy sport,” he proclaimed.

Hum…I wondered if our relationship had a future. He’d played Men’s Lacrosse in college and had never considered golf.

Somehow, I convinced him to go to the golf course. Well…let me just say, on that day, twenty-some years ago, I created a monster. 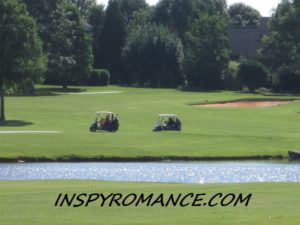 The boy was hooked!

A week later, he went out and purchased a nice set of clubs and the rest, as they say, is history.

Our relationship grew on the golf course. We were out there every weekend. If you’ve never played the game, trust me when I say, you can really learn a lot about a person’s temperament chasing a little white ball around for four hours. Despite his temper tantrums, we made some wonderful memories on those rolling green fairways. 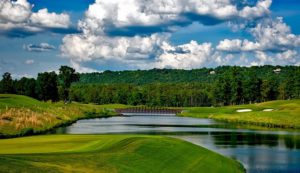 I’d love to hear some of your early dating memories.

I have a signed paperback copy of Second Chance Romance to give away (U.S. only). Comment before Friday, March 24th. The winner will be announced in the Weekend Edition on Sunday, March 26th.

If you’d like to read about Jackson and Melanie’s first date, check out SECOND CHANCE ROMANCE, in stores now and online. 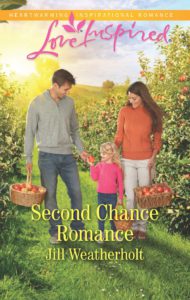 Jackson Daughtry’s jobs as a paramedic and part-owner of a local café keep him busy—but the single dad’s number one priority is raising his little girl with love and small-town values. And when his business partner’s hotshot lawyer niece comes to town planning to disrupt their lives by moving her aunt away, Jackson has to set Melanie Harper straight. When circumstances force them to work side by side in the coffee shop, Jackson slowly discovers what put the sadness in Melanie’s pretty brown eyes. Now it’ll take all his faith—and a hopeful five-year-old—to show the city gal that she’s already home.

By day, Jill Weatherholt works for the City of Charlotte. At night, and on the weekend, she writes contemporary stories about love, faith and forgiveness for Harlequin Love Inspired. Raised in the suburbs of Washington, D.C., she now resides in Charlotte, North Carolina, but her heart belongs to Virginia. She holds a degree in Psychology from George Mason University and Paralegal Studies Certification from Duke University. She shares her life with her real-life hero and number one supporter. Their relationship grew on the golf course, and now they have one in their backyard. Jill believes in enjoying every moment of this journey because God has everything under control.