So you want to know more about my brother, Jonathon Danforth, huh? (Janet sits back and thinks moment then sits forward.)  Okay.  I’ll tell you about him.

For one thing he’s a lot smarter than he gives himself credit for.  He always has been.  He could get into and out of more trouble when he was younger than any kid I knew.  And he was always into something.  Not bad things necessarily–like drugs or something–just stuff.

Like the time he was running that gambling ring in the third grade.  He aced more kids out of dimes and quarters than most kids could ever dream of doing.  Of course, Mom made him give them all back when she found out about it.  But that was just Jon, you know?  He was always looking for the angle, making deals, and trying to one-up somebody.

Okay, so it got him into some fights in school.  He spent most of junior year in the principal’s office.  In fact, they very nearly kicked him out of school more than once.  Not that he was a bad kid exactly.  He just couldn’t sit still, couldn’t just be.  He always had to be pushing the envelope, always testing the water, always trying to see how far he could go before someone pulled him back.

I think that’s why the last year has bothered me so much.  Yes, I know all about people grieving and needing time.  But Jon like checked out of life, you know?  I mean, he wouldn’t even leave that stupid apartment for Christmas last year.  “Nah, Janet,” he said when I called him and begged him to come over. “I think I’ll just stay here. I’m not really in the mood for tinsel and stockings.”

He had me worried sick if you really want to know the truth.  I mean, okay, I’m not his mom, but I am his big sister, and I know that living on pizza and beer in a dark pigsty of an apartment is just not healthy.

That’s why I talked him into taking that class–the one over at the community college.  Of course, English was never really Jon’s style, but it was either that or Chemistry, and I didn’t want to hear he’d blown the whole place up.

(She laughs and then sits back again, lost in thought.) 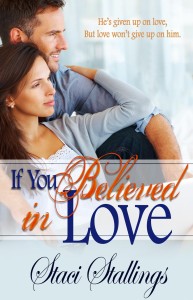 I just worry about him so much.  (Pulling forward, her eyes are filled with tears that never fall.)  It killed him… what happened.  It did.  It was like one minute he was one guy–my baby brother, into everything, wheeling and dealing with the world, and the next second he was this guy I didn’t even recognize anymore. It scared me, you know. It really did. (One tear slips from her eye and slides down as she wipes it away and sniffs.)  We’re all we’ve got in the world now. With Mom and Dad gone, it’s just us.

I didn’t want to lose him too. (Her smile is tight and sad.)  Plus, he really is a great guy when you get to know him.  He has such a big heart for people and for things he really cares about.  I guess I just hope he finds something to care about again, you know.  (She lets her gaze fall to the table.)  I just want him to be happy… or at least not completely miserable.

(With a laugh, she jerks her hair back and smiles.)  Sorry.  I guess I get a little carried away when I talk about him.  I mean, he’s my baby brother, right? (She tries to smile again, this one is in apology.) I hope I haven’t bored you to tears with all of this. (She shrugs slightly.)  I just want what’s best for him, you know? And I hope and pray he can find whatever that is, whatever the next chapter of his life is. (She nods.)  Yeah, that’s what I want the most… for Jon to be happy.

or Nook:  If You Believed in Love