Last weekend I attended the Omega Writers Conference in Sydney, Australia. I’ve travelled to the US four times for RWA conferences (2008 and 2014) and ACFW conferences (2013 and 2015), but there’s something special about attending conferences at home. Being in the same timezone as home, and not having to pay for expensive airfares, is a big plus. 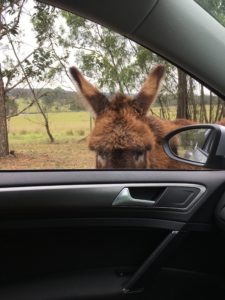 Thomas the donkey taking a look inside my car.

We were welcomed to the venue at the Edmond Rice Retreat and Conference Centre by Thomas the donkey. He lives on the lane way and is just adorable.

This year Hallee Bridgeman was our first international speaker from North America. It was great to catch up with Hallee and attend her two hour workshop on Writing a Realistic Christian Worldview.  You can see a short three minute clip from her workshop on a video in my Facebook Profile. 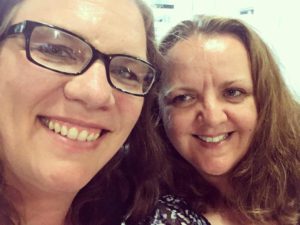 I discovered how to use Facebook Live at the conference. The highlight of my Facebook Live experience happened on Saturday evening during the CALEB Awards Ceremony. Catriona McKeown won the unpublished CALEB prize and she wasn’t able to attend the conference. Simon Kennedy (our past Omega President) called her on his phone, she answered, and he put her on speaker phone next to his microphone. Cate was so excited to win, and thrilled to watch the ceremony plus see her phone call via my Facebook Live recording. 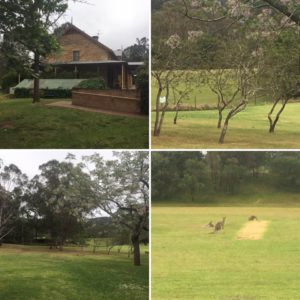 Our view each morning at breakfast included a herd of kangaroos grazing on the grass outside the dining room. My conference schedule was busy. I took part in a panel discussion with Rowena Beresford, Rochelle Manners, and Penny Reeve on the ‘Global & Australian Market’. 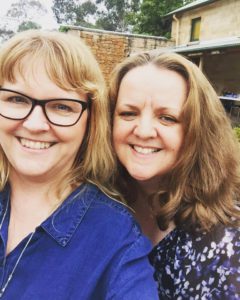 I presented a two hour workshop with my author friend Andrea Grigg on Goal, Motivation, and Conflict. I taught the ‘theory’ during the first hour, and Andrea put our attendees to work in the second hour with a series of practical writing exercises. 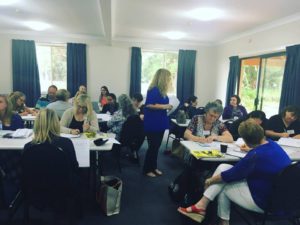 The Australasian Christian writing community is close knit, and we love having the opportunity to catch up with our writing friends, and make new friends, at conference. They are my tribe, and we work together to promote and support Christian writing in Australia, New Zealand, and beyond. We’re also real with each other, and we don’t have to put on our ‘perfect author’ face when we’re at conference. Prayer, laughter, and tears are a part of our authentic conference experience. 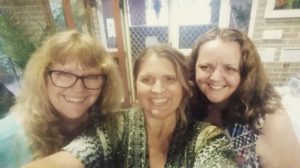 The four Australian authors in ‘An Aussie Summer Christmas’ boxed set were all at the conference. Meredith Resce, our new Omega Writers President, was camera shy and managed to dodge numerous attempts to capture her image. You can meet Meredith in a short YouTube clip below from Omega Writers.

Have you visited Australia? Is there a particular place in Australia that’s on your travel and/or reading wish list? I’d love to hear your thoughts and experiences.