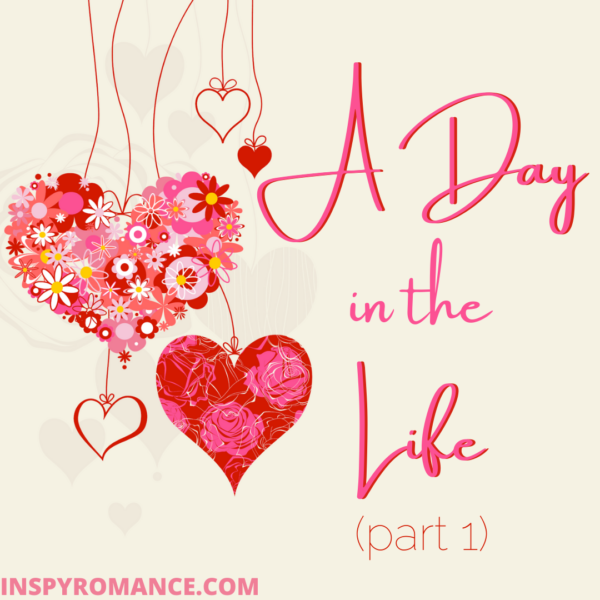 Hey Everyone – I hope you’re having a wonderful day! It’s the last day of our big Back-to-School Giveaway, so be sure to comment. Every comment gets entered for a chance to win one of our amazing prize packs.

In the meantime, I decided to do something a little different with this month’s post. I’m starting a story, and y’all get to come along for the ride. Hopefully you’ll be hooked and will want to come back next month to see the next installment. So, buckle up, and (please, please, pretty please) enjoy! ^_^ 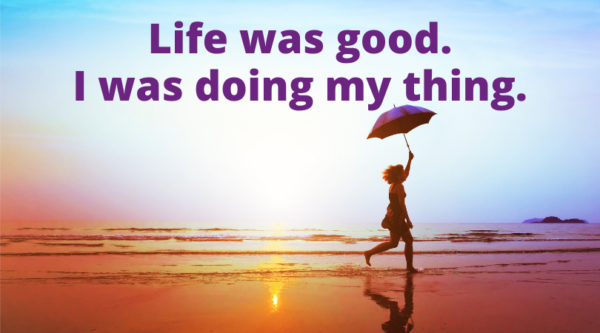 I used to think life was easy, you know? I trekked along, did my thing, worked my job, paid my bills, taught kindergarten Sunday school, and smiled at passing strangers. I was content. Life was full. Rich. God was good, and I felt His goodness like a hug every single day.

Then I got furloughed. The government regularly furloughs people, though. It takes time to negotiate – or fight over – a budget that big. Sure. I understood. I kept money in savings because I kind of expected to get furloughed every single budget cycle. It was kind of like one of the seasons in government life – spring, summer, fall, furlough, winter.

The furlough stuck around, though, and eventually turned into a layoff. By the time they told me that, I’d already burned through most of my precious savings. Three months. I spent three months expecting to get my job back. Meanwhile, the economy nosedived every which way from Sunday, and there were no jobs left to be had.

My big, beautiful, rich, full life in metropolitan DC was incinerated before my very eyes. I had no job to work. I had no money to pay those bills. I had nothing to smile about at those passing strangers. I still did my thing. Sort of. Can I really call teaching Sunday school my thing? It was all I had left, and I lived for those sweet, smiling faces. Their laughter, their joy, their occasional obnoxiousness – they reminded me that God was still good…even if I didn’t feel that goodness surrounding me like a hug anymore. 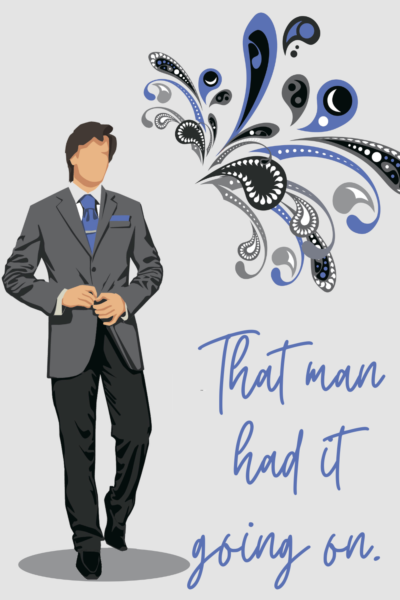 Enter Jacob Maximilian Short. Most everyone called him Jacob. A few of the daring ones called him Jake. The rest still called him Mr. Short. He was…intimidating. Tall, sure. Well dressed, undeniably. He put my wardrobe to shame, that was for sure. Overbearing? Um, yeah. Overprotective of his precocious niece and nephew? You’d better believe it. I saw Jacob in passing at church each Sunday. I knew who he was. I’d heard the stories in the Sunday school department, too.

Not that we’re supposed to gossip. We’re not. But…sometimes teachers need to vent. Mr. Short gave Sally in the nursery the third degree when his niece got a bruise on her shin. Never mind that her brother had tried climbing out of the crib, had leveraged himself on the mobile while Sally was changing a newborn’s diaper. The mobile had, of course, come crashing down into the crib. Thank goodness a little bruise was the worst thing to come out of that affair.

That wasn’t the first incident with Mr. Short’s niece and nephew, but that was the one that prompted the church to change its nursery policy. They didn’t even pretend to make it unofficial. It went into the written guidelines and everything. Anytime the twins – Alistair and Amaria Short – were in the nursery, two extra staffers had to be on hand. One for each twin. Eyes had to be on them at all times. Or else.

I don’t think Mr. Short ever threatened to sue the church if anything happened to either of the kids. He did hover, though, and the only way to get him away from the nursery door was to make sure two people stood watch over those…um…rambunctious…children every moment of their time in the nursery.

Once they got to the toddler room, the church staff relaxed the rules. Surely two adorable toddlers couldn’t get into any more trouble than normal active toddlers. Of course not… Until Amaria climbed the bookcase and tried to fly. She only got away with it because Alistair had stubbed his toe. To this day, Miss Geneva is convinced that it was all a ploy, that Alistair was distracting with his screaming and carrying on so that Amaria could climb the bookcase.

So the guidelines for the toddler room got rewritten.

Then came the classroom for the 2s and 3s. Amaria gagged like she was going to throw up. While Miss Liz raced the little girl to the garbage can, Alistair managed to get into her desk, pull out the box of dry erase markers, and bite the tips off of three of them and suck on them like straws. Thank goodness they were nontoxic.

As for their next classroom… Well, there’s a reason that room has gone through five teachers in the past two years. 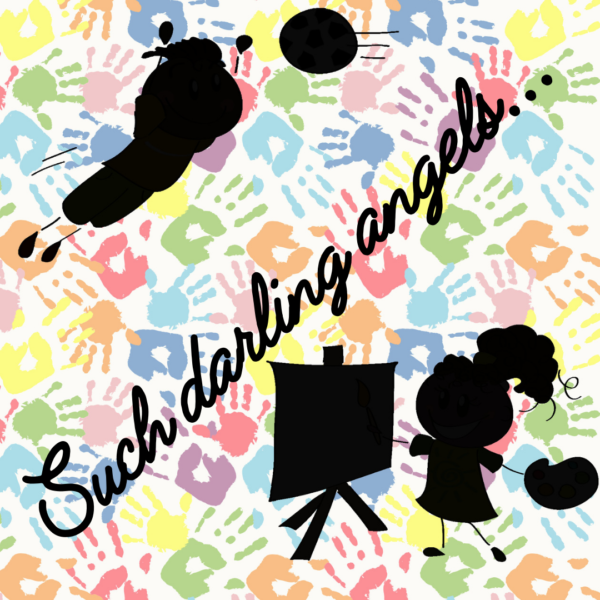 And now those lovely little angels – I use the term loosely – have graduated to kindergarten. Yay me.

Teaching this class is my weekly reminder of how good God is even when my life is in a shambles.

Teaching this class is my one regular weekly joy.

Teaching this class puts a smile on my face.

Teaching this class is…

Let’s just say, I thought about giving up as soon as I saw their names on the roster I received by email. Calling it quits and moving back home with my folks…1500 miles away. Lately, though, I’ve just lost so much. I don’t want to give up anything else. So, I’m staying. I’m a good teacher. I’ve got this.

Mistake Number One? I underestimated my enemy.

Not the kids. Oh, no, no, no. They’re looking up at me with wide smiles and eyes so innocent they practically declare all the whispered horror stories are outright lies.

Their uncle, though? He’s looking at me as though he could skin me alive with a rusty letter opener and not an ounce of guilt. “I trust you to keep an eye on them.”

He’s not asking me. He’s demanding it. How am I supposed to respond to that? “Um…of course? I’ve been teaching kindergarten for a couple of years now. The twins’ll be fine.”

I would have called his blue eyes stunning if it wasn’t for that whole glacial I’ll-hunt-you-down-and-make-your-life-miserable-if-anything-happens-to-them vibe he had going on. “That’s what their last teacher said.”

My world was pretty much laying in ruins around my feet, the smoke still rising from the charred remains of the happy, contented person I used to be. And this guy thought he was going to use his height, broad shoulders, and sexy-deep voice to intimidate me? 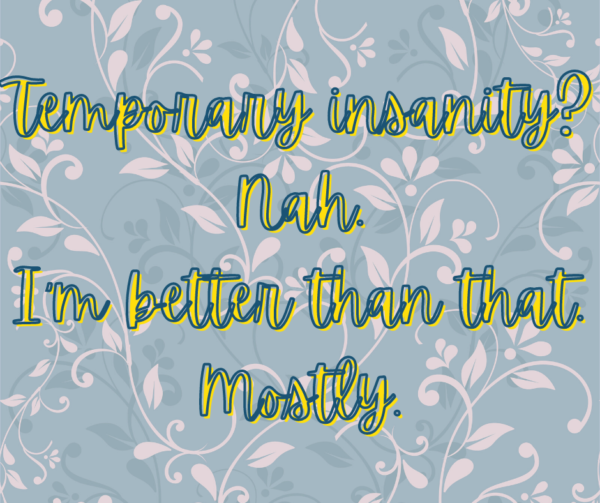 Something inside of me snapped.

That’s the only explanation. Aside from temporary insanity, which is kind of the same thing but sounds a lot worse.

I looked at Jacob Maximillian Short, gave him my biggest smile, grabbed each of the children by a hand, turned my back on the man, and walked those please-be-little-darlings-today into my room. I tossed a look back over my shoulder and said what any self-respecting woman would say. “Be sure to shut the door on your way out, Maxie.”

The kids didn’t seem to notice it, but the click of the door closing echoed inside my skull like a gong. The kind of eardrum-splitting gong that summons soldiers for war.

Hm. Maybe I should have played that a little differently…

Thanks so much for joining us on the blog today! To enter the Back-to-School Giveaway, all you need to do is comment below. If you don’t know what to say, why don’t you share a funny (the scarier…er…um…funnier…the better!) story about when you were a kid, your own kids, or some kiddos you’ve taught somewhere along the way.