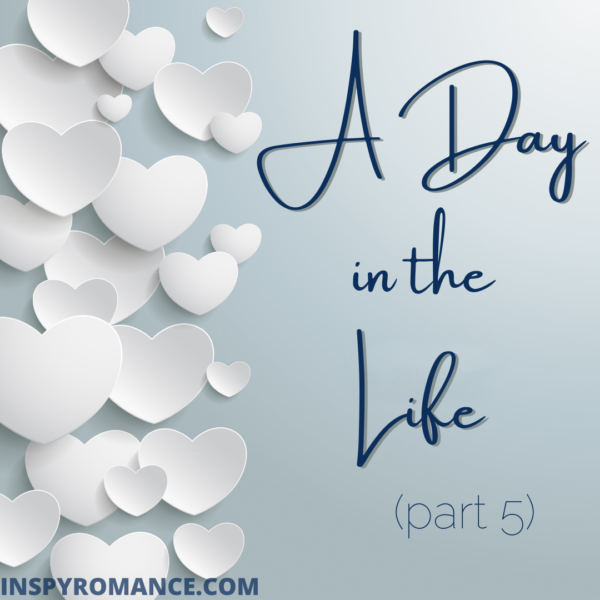 When I got started, this was going to be a five-part story. I got a little carried away, though. Now I’m hoping to wrap it up in…um…eight parts? Maybe. Don’t hold your breath. Ten, for sure. Probably.

Just in case you missed the first few parts and want to catch up, you can find them here: Part 1, Part 2, Part 3, Part 4.

In the meantime, I hope you enjoy the next installment of this story that will definitely end soon. Ish. Soonish. Hopefully. :-)

I glanced down at the bright, smiling faces of Alistair and Amaria.

I had this nanny thing down pat. I arrived each morning, started breakfast, forced the kiddos out of bed, made sure they didn’t dress themselves like clowns, fed them, and took them to school. I picked them up after school, made sure they ate a healthy snack and helped them with whatever homework they had.

Homework in kindergarten shouldn’t be a thing, but it was. So, I coped.

I fixed dinner and got it onto the table at 6pm sharp. After that, I was out the door until the next morning.

I was putting in twelve-hour days, but it was worth it. I got to bookend my days with the kids, and that made up for all the weirdness in between. For the most part.

Maxie hadn’t told me that being his assistant meant I would be picking up dry-cleaning, letting the housekeepers in, putting the garbage out, making sure the fridge was stocked, and – the only part of all this that I disliked – sitting in on meetings with him and taking notes.

Most people just put a recording app on their phone. That way nobody had to take notes.

Alas, that wasn’t the Short way, apparently. So, when I wasn’t out and about running all over the place to do all the crazy things he wanted me to do, I was at Maxie’s downtown office. My desk was right outside his office door, but I wasn’t an administrative assistant. He had one of those, too. She screened calls, kept his calendar, typed up whatever documents he needed typed, and other stuff about which I had no clue.

She spent a lot of time looking furtively over her shoulder when she was at her computer. I’d begun to think she was moonlighting as an app developer while on the clock for Maxie. I’d yet to prove it, though. Of course, maybe she just had an online shopping addiction.

Maxie kept me busy enough that I didn’t have a lot of time to contemplate the odd behavior of Mrs. Steinbogget, though, so whatever mysteries she hid behind her cat-eye glasses would likely remain safely tucked away from my curious and occasionally prying eyes.

“Miss Zee?” This time, the twins’ voices were more puzzled and less excited-to-see-what-their-nanny-had-fixed-for-breakfast. 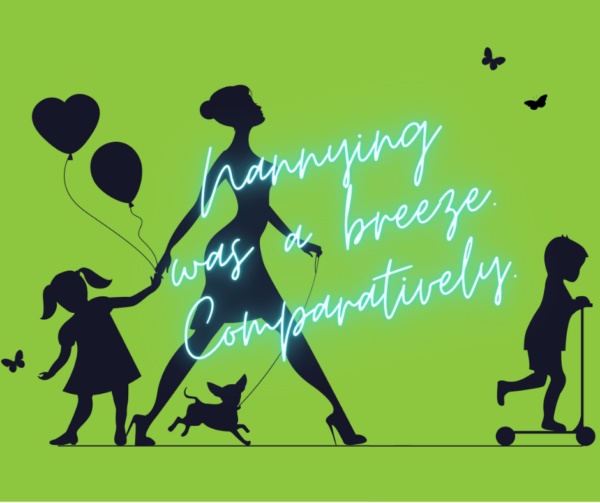 “Sorry, my lovelies. Got lost inside my head. Ready for breakfast?”

They cheered. Alistair threw in a fist pump, too.

“Better hop up on your stools, then. Today’s delight is…”

Their eyes widened as I brought the two plates out of the warmer and set one before each twin.

As far as they knew, they were eating pancakes loaded with delicious chocolate goodness. They didn’t need to know that the pancakes had more whole grains and fiber in them than the average bran muffin or that the pancakes only looked like they had a lot of chocolate in them. A spoonful of scrambled eggs and a single turkey sausage link completed the meal.

Their clean plates and chocolate-smeared chins were all the thanks I needed at meal’s end. Nevertheless, I wouldn’t be doing my job if I didn’t raise an eyebrow.

Amaria caught my look first and elbowed her brother. Together, they gave me gap-toothed grins. “Thank you, Miss Zee.”

I picked up my legal pad and a pen, stood from my desk, and walked slowly into his office. “Yes, Mr. Short?”

I couldn’t very well call him Maxie at work, now could I?

“Did you send the Blankley report to legal?”

“Yes, Sir.” I could play the part as well as the next person. I hadn’t had a minor role in my high school’s production of Wizard of Oz for nothing.

“Do you have the notes from the Wilcox teleconference?”

“I took notes. I wasn’t sure what I was supposed to do with them, though.”

One of his perfectly sculpted eyebrows shot up. “Say that again?”

“I took notes. Um…but that’s it.” The Wilcox meeting had been the day before. If he’d wanted me to do something with those notes, he should have told me. 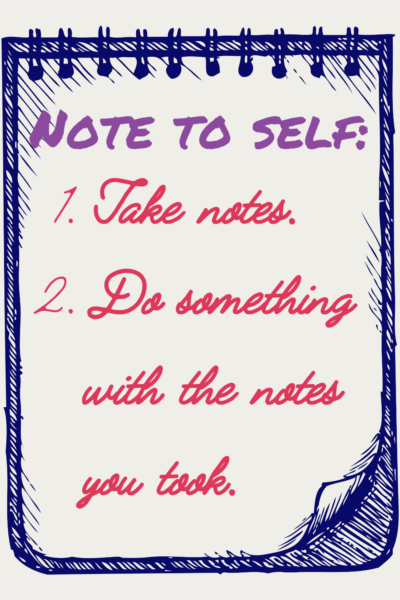 He pinched the bridge of his nose. “I always want a copy of any notes you take during meetings. The sooner the better. I need to call Wilcox now, though, so I can’t wait for you to type them up. Let me see the notes you took.”

He held out his hand, a pained look on his face.

I flipped back several pages on my legal pad and handed it over. “I can’t read your mind. If you don’t tell me…”

He cut me off with a swipe of his hand. “I realize that. I’m used to my assistant knowing what I expect, but I’m not crass enough to blame you for not knowing what I didn’t think to tell you.”

Manda, his assistant, was supposed to have trained me for two weeks. The doctor didn’t like the way her pregnancy was going, though, and had put her on bed rest, leaving yours truly completely on her own in the big, bad world of corporate assistantry.

Maxie’s eyes skimmed over my notes. Then they snapped up to meet mine. “What’s this?”

Uh-oh. It couldn’t be against company policy to doodle, could it? “Just a sketch. It doesn’t mean anything.”

His gaze dropped back down to the paper before returning to my face again. “You sketched Martin Wilcox as a donkey whose hind legs are kicking down a tower with the name of my company on it. Explain yourself.”

“I’m waiting.” If Maxie’s voice got any sharper, he’d be able to cut a rare New York strip steak with it.

“He was braying. It got on my nerves.”

His eyes narrowed. “What do you mean by braying?”

“He kept repeating the same thing, getting louder each time.”

“That explains the donkey, not the tower.”

I shrugged, not nearly as intimated by Jacob Maximillian Short as I should be. Seeing him soaking wet after the twins’ prank had removed any residual fear I’d had. “I think he’s lying. Every time he started repeating himself, it was when he was talking about the great things he was going to do for Short Enterprises. Like he was trying to convince himself as much as anyone else. Or like he was trying too hard. He gave me a slimy feeling, too, whenever he started going on and on about how advantageous this partnership would be.”

Maxie’s eyes returned to the legal pad filled with my scribbles and sketches. There were more doodles along the pages’ edges, but most of the rest were fairly innocuous.

I rose up onto my tiptoes to peek at the notepad in his hands.

Yep. It was during that meeting that I’d sketched a caricature of my boss. Without a shirt on. Dandy. Just dandy.

Maxie handed the notepad to me without commenting on his half-naked drawing. “I’ve had people look into Wilcox. Everything seems to be on the up-and-up. I got the same feeling, though. So, how do we find out what he’s lying about?”

I was late to the game, so I didn’t understand everything going on between Wilcox and Short Enterprises. I’d only caught the broad strokes. What I did know, though, is that Wilcox needed a partner in order to make a bid for a defense contract, and Short Enterprises had the kind of infrastructure that would make them an ideal partner. “What happens if this deal goes sideways?”

Maxie ran a hand through his formerly impeccable hair. “If we blow it with a defense contract, it makes it harder to get future contracts.”

“Could he be planning to make a subpar product? Cut corners or something?”

Maxie shook his head. “He’d be shooting himself in the foot.”

He nodded. “My investigators haven’t been able to turn anything up, and logic says I should proceed posthaste.”

Posthaste. Who talked like that? Jacob Maximillian Short, that was who.

“I’m sure I don’t look at things the way an investigator would, but I’d be happy to do some digging if that would help.”

His sigh sat heavy between us. “If this goes well, a thousand people get a Christmas bonus. If it goes wrong, those same people are in danger of losing their jobs.”

What was I supposed to say to that? I knew what it was like to be without work. I wouldn’t wish that on anybody. 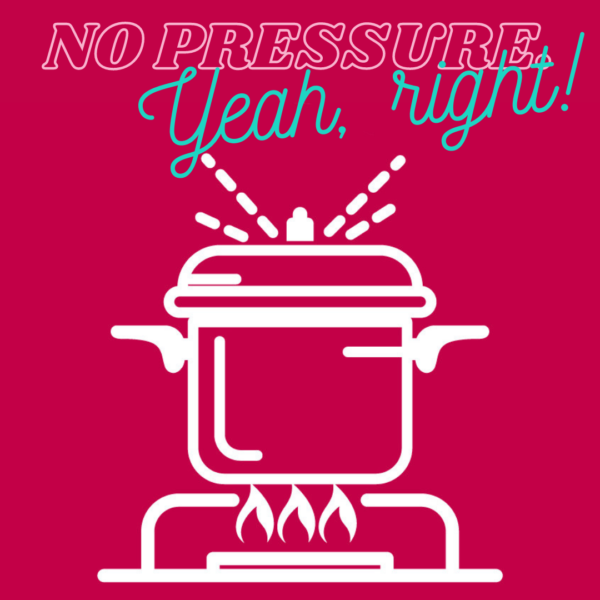 Maxie nodded toward the door. “See if you can find anything. I’ll put him off for as long as I can.”

I turned and headed toward the door, not remotely confident that I’d be able to find something that an entire team of investigators had not been able to uncover. And why on earth was Maxie trusting me with this? Did he usually put off big projects on the gut feeling of his nanny-slash-assistant? Not likely. Maybe I was supposed to feel flattered, but instead the weight of responsibility and impending failure felt like an overgrown elephant sitting on my chest.

“Oh, and Miss Prentice? I’m flattered, but for the record, I only have a six-pack, not an eight-pack.”

Heat scorched my face faster than a baby goat GIF can make a cranky person’s heart go all soft and mushy.

I hope you enjoyed this installment! I look forward to sharing more next month. In the meantime, Happy New Year!