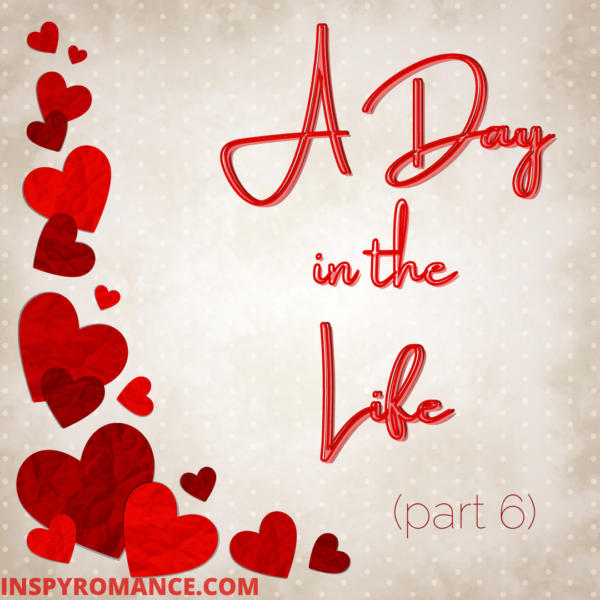 Welcome to my fun little short story that got out of control and became slightly (and I use that term loosely) more than a short story! If you haven’t read the previous installments or need to refresh your memory, you can read the rest of the story here: Part 1, Part 2, Part 3, Part 4, and Part 5. Funnily enough, I named the heroine months ago. Her name, Zephyra, means “strong wind” or “west wind.” I picked it for her because she’s like a strong wind coming into the life of Jacob Maximillian Short. She’s going to blow all of his preconceived notions away and mess up his life just enough that he won’t fit the “stodgy” and “stuffy” stereotype anymore. When I picked it, I’d never seen the name before. Just this week, though, I was reading something, and it had a male character named Zephyr. It made me wonder if that author had put as much thought into his name, or if she’d simply really like it. (I happen to like saying Zephyra, too. It’s melodic, isn’t it? It’s different and unique and fun to say.) Anyway – I hope you enjoy the sixth installment.

I refreshed the screen for the tenth time, bit my bottom lip, and glanced again at the clock. It was past eleven at night. Maxie might not thank me for calling. I could text him, though, right? If he didn’t want to be woken up, he’d put his phone on silent.

I FOUND SOMETHING ON WILCOX.

Less than a minute later, my phone rang. Either I’d woken him or he hadn’t fallen asleep yet. “Hello?”

“What did you find?”

“You mentioned Fly Right, so I looked them up. The COO, Michael Staunchly, has two daughters, Miranda and Kelly. They both have huge followings on social media. They do a lot of…um…self-promotion stuff?”

“What does that mean?”

“People follow them because they’re famous, not because they have anything of value to say. They post tons of selfies, but they take pictures of each other, too, and share them to cross-promote their pages.”

She hadn’t even bothered with a, “Hello.” How was that not cutting to the chase? “Yeah, yeah, yeah. Sorry. So, Kelly posted a picture of Miranda with a guy twice her age, maybe more. They were all up in each other’s space. His hand was…um…kind of on her butt. I took a screen shot because the guy looked familiar, but then the post disappeared. Less than a minute after it posted, it was removed. Without the screen shot, I’d have no proof. The caption read, “Mir-Mir with her latest beau.”

He let out a chest-rattling sigh. “Why do I care about Miranda Staunchly’s social media relationship status?”

“I…hold on. Give me a sec.” I brought up my gallery and sent the screenshot to him via text.

A low whistle came across the line. “And the picture’s gone now?”

“Yeah, immediately after posting, it was yanked.”

“How old is Miranda Staunchly?”

“Twenty-one. Legal age on all fronts.”

“Having his hand there might be legal. But ethical? Not likely.”

I couldn’t argue with that. “Was he going to set you up for failure to help improve Fly Right’s standing? I mean, that’s Wilcox with his hand on Miranda’s…um…bottom…right?” 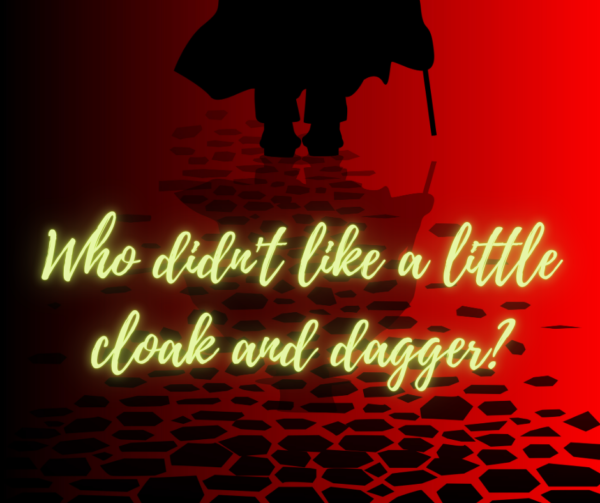 “Wilcox? Yes. Set us up? Probably. Maybe it’s a favor for his thirty-years-too-young-for-him girlfriend. It’s hard to say.”

“What are you going to do?”

“I’m going to get some sleep. You should, too.”

“Oh. Okay.” I was kind of enjoying the whole cloak-and-dagger conversation. And his voice was a special kind of delicious yum this late at night.

Warm butterflies erupted in a flittering storm inside me as the line went dead.

“Why do the kids call you Miss Zee?” Maxie towered over my desk, his intense eyes zeroed in on me.

I glanced up from the meeting notes I was typing up per Mr. Boss-man’s request. “Hm?”

“Alistair and Amaria. They call you Miss Zee. Your name is Miss Prentice.” Impatience dripped from his words, but Maxie wasn’t frowning, so he couldn’t be that annoyed.

“They call me by my first name.”

His eyebrows drew together. “Your name is Zee?”

I lifted a shoulder. As much as I sometimes enjoyed poking at Maxie, his undivided attention was a little unnerving. His eyes were crazy intense when he focused them on something. Or, in this case, someone – me. “You could have checked my HR file if you wanted to know my first name.”

That intensity lightened just a tad as a twinkle entered his eyes. “You’re right. I could have.” 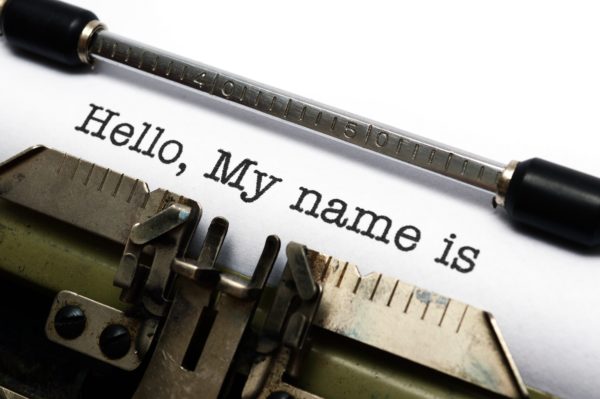 I fought like a gladiator not to roll my eyes at my boss. “Zephyra.”

His head tilted to the side, and I pictured my gladiator shield clipped him on the chin. Not enough to knock him out. I wasn’t vicious, after all. Just enough to push him back so I could have some breathing room. “Zephyra Prentice.”

One of his eyebrows hiked up. “You’re touchy about your name.”

It wasn’t a question, so I didn’t bother replying.

So much for my not-speaking strategy. “Does this have any direct bearing on my employment here?”

His other eyebrow climbed up to meet the first. “I’m making conversation.”

I let the eyeroll fly that time. There was no point in holding it back if he was going to be able to hear it in my voice, which was pretty much a given at that point. “Your name is Jacob. People don’t make fun of names like Jacob.”

“Ah. True. Maximillian, on the other hand…” I would have blushed in mortification if not for the wink he threw my way.

“To be fair, I never made fun of your name. I was poking fun at you.”

“My name was just your weapon of choice?”

A bark of laughter accompanied the shaking of his shoulders. “Always keep your honesty, Miss Prentice.”

With that, he strolled back to his office. Which was truly unusual. Maxie was more of a march-at-full-speed-but-with-lethal-grace kind of guy. He wasn’t a stroller by any stretch of the imagination. Yet there he was, strolling back to his office like he had all the time in the world.

When I looked up, Mrs. Steinbogget was staring over her cat-eye glasses at me. “Did he just…laugh?”

Her mouth was silent, but her stare said plenty. It accused me of fantastical sorcery, warned me not too dance to close to the flames, and encouraged me to make the boss-man laugh again. Man, her eyes could talk.

“Why do you always leave before dinner?” Amaria stared up at me with wide eyes while her hands rested firmly on her hips. That girl had more sass in her right pinky finger than most five-year-olds had in their entire bodies. She might even out-sass some adults.

“Did your last nanny eat dinner with you?”

The girl harumphed. “The nannies couldn’t wait to get rid of us.”

“I wonder why that is…” I let the thought hang there. Maybe the girl would finally ‘fess up and tell me what they’d done to run off all the other nannies.

Alistair sidled up next o his sister. “They were weak.”

I choked on a mouthful of nothing.

“Uncle Max says we’re going to grow up to be strong people, so we need strong guidance.” Alistair crossed his arms over his chest and peered down his nose at me despite the fact that I towered over him.

Amaria gave a swift nod. “You’re strong. You haven’t cried even once.”

“She hasn’t run away, either.”

“Or yelled at Uncle Max.”

“Or threatened us with a wooden spoon.”

“Or slammed any doors.”

Amaria batted her eyes at me. “You should stay for dinner.”

I pounded on my own chest in an attempt to dislodge the cough trapped there. “I, uh…”

Maxie chose that exact moment to walk into the kitchen. He made the cavernous space feel port-a-potty small. His sexy man-smell, though, was nothing like a port-a-potty. Thank goodness for small favors.

His eyes wandered from the twins, who were studiously trying to stare me down, to me. I tried to widen my eyes and send a nothing-to-see-here message. He didn’t buy it, though. “What’s going on? Kids?” 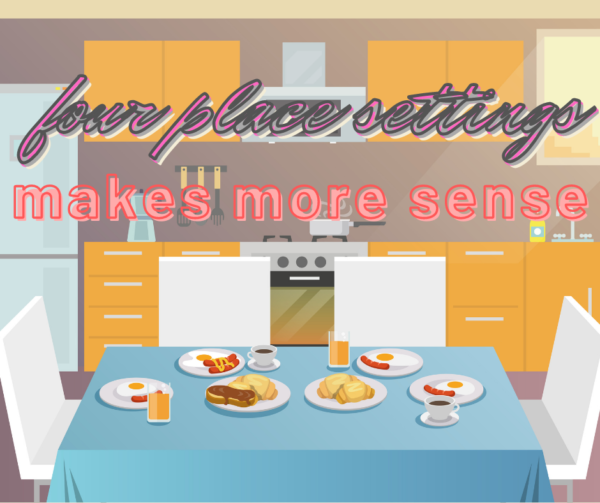 Maxie’s eyes never left my face as Alistair piped up to answer. “We think Miss Zee should stay for dinner.”

The twins looked at their uncle with wide, innocent eyes. They deserved a star on the Hollywood Walk of Fame. They had this acting thing down pat.

Maxie, of course, completely missed the whole spectacle because his gaze remained trained on me the entire time. “They’re right. You should join us. No reason to fix a meal here, then go home and fix another meal for yourself.”

A month of steady employment had elevated me beyond my strictly ramen diet, but I still had a backlog of bills that needed to be caught up on. While most evenings had me wishing I could grab take-out on the way home so I didn’t have to face another kitchen, I’d resisted the urge. Peanut butter sandwiches had been my dinner go-to since starting work for Maxie. So, an actual sit-down meal? I would look forward to it if I wasn’t so terrified of what the twins might say during the meal. “Um. Okay?”

Laughter danced in Maxie’s eyes as he finally turned his attention from me to the twins. “Who’s turn is it to set the table?”

“I’m not raising wild animals, you two. So, get to it. The sooner you set the table, the sooner we can eat whatever Miss Prentice fixed for us.”

“Who’s Miss Prentice?” Amaria looked over her shoulder as though expecting to find someone else in the kitchen.

“I’ll explain over dinner. Now, move.” Maxie’s voice brooked no argument, but neither did it have the hard edge I’d grown accustomed to hearing at the office. This man had more layers than an onion dressed for the ski slopes.

I hope y’all have a marvelous week!