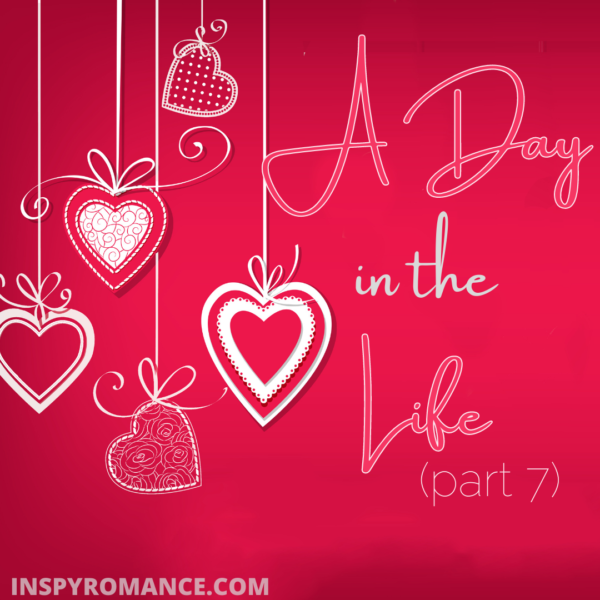 The end of this fun little more-than-a-short-story is finally in sight. I think I’ll have it wrapped up in another couple of months (two…or three…probably three). If you’d like to catch up on what’s already happened in the wonderful and slightly wacky world of Zephyra Prentice, Jacob Maximillian Short, and those unpredictable twins, you can check out the previous installments here: Part 1, Part 2, Part 3, Part 4, Part 5, and Part 6. They’re all pretty quick reads, so if you’re new to the blog – or if you haven’t had a chance to read them yet – I hope you’ll take a minute to check out those previous installments. Hopefully you’ll enjoy reading them as much as I’ve enjoyed writing them. ^_^

Apparently “please” and “thank you” weren’t normal words at the office. Each time Maxie used one of them, Mrs. Steinbogget silently cheered me on with a lifted eyebrow.

“Yes, my liege?” I gave a small bow as I stepped into Maxie’s office.

His chin tipped in the direction of the large screen on the wall behind me.

“Oh.” I should probably be a little less cavalier. In my defense, I’d dropped the kids off at school only thirty minutes prior, and Amaria’s parting words had rattled me.

You need to marry Uncle Max so you can be our mom.

Maxie waved his hand toward the glass table over by the windows. “Notes.”

Of course. Notes. He could just hit the record button and capture the entire teleconference, but that wasn’t how he liked to do things.

“So, Mr. Wilcox, if I understand this correctly, you are telling me that I either commit in writing today, or you will take this contract elsewhere and will tell everyone in the industry that I was unable to commit and that Short Enterprises is faltering.”

Not only was Wilcox on the screen, but his two top attorneys and what looked to be his entire board of directors was there, too. 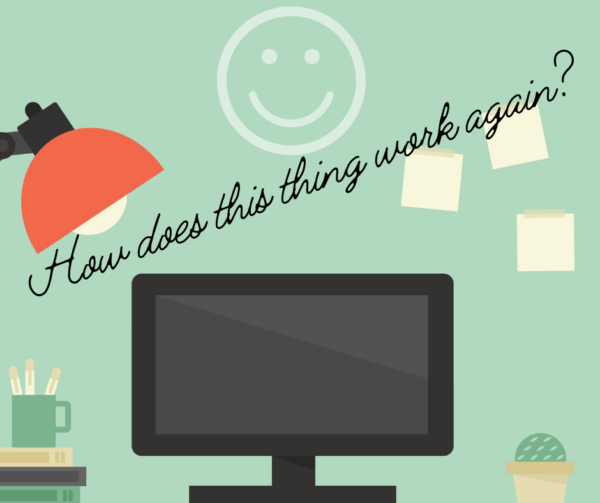 Yet it was just Maxie on this side. No attorneys. No board of directors. What was my normally ingenious boss up to?

A member of Wilcox’s board spoke up. “We can all hear the ambivalence in your voice, Mr. Short, but I think we’re at a loss as to where it’s coming from. Care to enlighten us?”

Maxie reached for his computer keyboard. “Something came to my attention that has caused me a bit of concern. Perhaps it’s nothing, but… Ah… I need to share my screen… Hm… Miss Prentice, can you help me figure this out?”

The man knew how to share his screen. What on earth was he playing at?

I left the glass table and approached the polished steal monstrosity of a desk. As soon as I stepped behind it, I saw the picture – the screenshot I’d taken of Wilcox up close and personal with the barely-legal daughter of the COO of one of Maxie’s competitors. With his back to the camera, Maxie gave me a wink and a whispered, “Tell me what you see.”

I managed to keep my face blank, but barely. I tapped a few buttons and blew the image up so that it would fill the screen of every person in attendance.

A couple of gasps came across the line along with the sound of what was probably a fist hitting something wooden. With everybody in miniature along the bottom of the screen, now, beneath the image, it wasn’t easy to see who was saying or doing what.

“What’s the meaning of this?”

“Listen here, you little two-bit imposter. If you so much as…”

Maxie deftly reached over to stop the screen share. Everyone’s faces returned to their full-sized splendor on the wall screen.

The little folksy act was gone, and Maxie stood there, arms crossed, as he glared at the camera, not the screen.

The lawyers sputtered a lot of, “There’s nothing wrong with…” nonsense.

Two of the board members looked dismayed.

One board member, though, looked downright livid. Purple-faced livid.

“Were you aware, Michael?” Maxie’s voice was scary quiet.

The enraged board member took a deep breath. “It’s only the fact that this is a teleconference and not an in-person meeting that is saving Wilcox, here, from a shattered nose.”

“I see.” Maxie stared everyone down. It was a testament to their individual fortitude that only a few of them seemed like they wanted to cry.

One particularly sour-looking woman got right to the point. “What do you want, Mr. Short?”

“I want this deal to move forward without any shenanigans. If you can’t promise me that, then I’ll bow out now and nobody will besmirch my company’s name.”

The woman eyed her fellow board members while Wilcox sputtered in rage. “Can you give us a week to clean house first?” 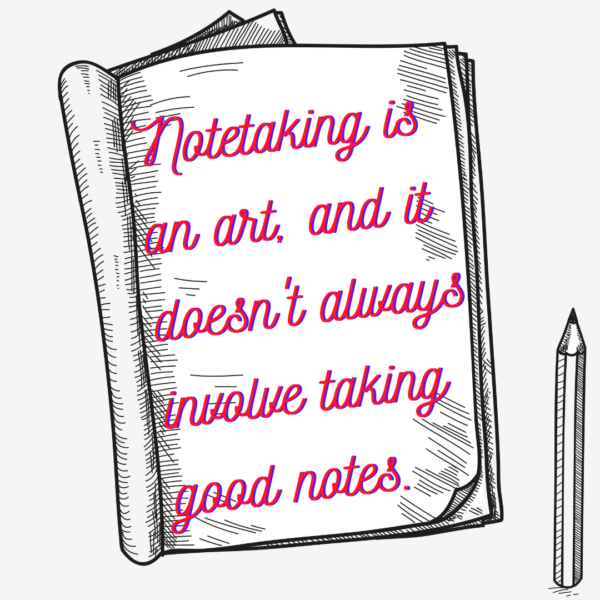 Maxie offered a single nod. “I’ll be in touch.” Without further ado, he terminated the conference call, and the screen faded to black.

I glanced over at my notepad on the table.

“Not what was said. What did you see on their faces?”

Oh, okay. I could do that. I walked closer to the blank screen and drew invisible lines on it to mark out where the ten faces had appeared. “Wilcox was gobsmacked. Angry, too, but trying to hide it.”

I pointed to two more squares where faces had recently been. “The attorneys weren’t surprised. Either they knew, were in on it, or are familiar enough with Wilcox’s methods not to be shocked.”

I pointed to the square where purple-face had been. “Angry enough to tear someone limb-from-limb, but I’m not sure why.”

“Michael Staunchley.” Maxie waited for the name to sink in.

“Wait. Miranda’s dad, COO on Fly Right, serves on the board of Wilcox’s company? So why didn’t Wilcox go straight to Fly Right?”

“A standard clause in the contract of every board member there. Any other company that employs them or from which they profit cannot directly profit from Wilcox’s company.”

“So, Wilcox was trying to find a way around that?”

He shrugged. “Now that Michael’s in the know, I have a feeling he can help me figure out why Wilcox was trying to throw Short Enterprises to the wolves. In the meantime, what about the other people?”

I pointed to two squares. “Shocked and outraged.” Another square. “Unreadable. No clue what was going on in his head.” Then two more squares that belonged to board members. “Not at all surprised. They might not have known that Wilcox was getting it on with Miranda Staunchley, but they know him well enough to have expected something like this.” Then I pointed to the last square, the sour-faced woman who had spoken directly to Maxie at the end. “Delighted.”

Maxie lifted an eyebrow. “Delighted? That’s an unusual word choice. I’m not sure she would appreciate that description.”

“Don’t get me wrong. I think she could skin a lizard with her sharp tongue and laser eyes. She was delighted to see Wilcox caught, though. Happy to witness his apparent demise. You have allies in her and Mr. Staunchley, and you might have allies here, too.” I pointed back to the squares where the two shocked board members had been.

Maxie gave a single nod, which usually meant he was done with me. Notebook in hand, I headed for the door.

“Hm?” I glanced over my shoulder at my boss, but the look on his face gave me pause. He wasn’t aiming for a casual conversation or a quick parting word. I stopped my forward momentum and gave him my full attention. “Yes?”

“I’d like you to consider staying on permanently once Manda’s maternity leave is over.”

Job security? At a company I didn’t hate? For a boss I almost kind of liked? He must have confused me with some irresponsible short-sighted lackey if he thought I was going to say no. “In what capacity?”

“I’m not sure.” The barest hint of color raced across his cheeks. Maxie was a man used to having all the answers. Not being sure about what he wanted had to be hard for him.

He nodded. “I’d make sure you have full-time hours between the two, but your hours here would be more flexible. I’d like you to sit in on meetings mostly. Do what you’ve been doing. Observe, tell me what you see. Pitch in if the ladies need help.” He nodded toward the outer office. “But working a bit more directly with me.”

Be still, my erratic, racing heart. I might like that idea slightly more than is strictly professional. “I’d need something in writing, but I’d like that.”

His raised eyebrow contradicted the upturned corner of his mouth. “Of course.”

Huh. Were we flirting? It didn’t sound a bit like any flirting I’d ever participated in. It felt like flirting, though. I needed my head examined. Or I needed to stop letting a certain little twin plant crazy ideas in said head. 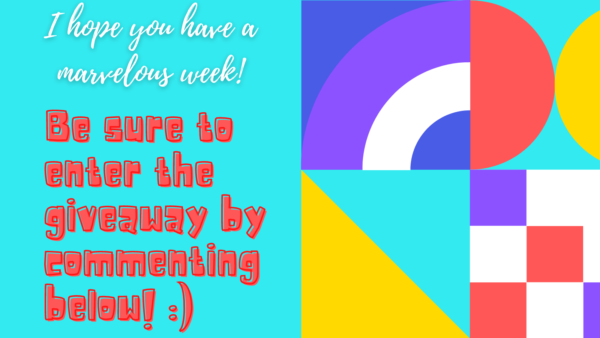 Contract negotiations. That’s all it was. Nothing more, nothing less.

Thank you for sticking around to read the story! Feel free to comment below. One commenter will be randomly selected to receive a $5 Amazon gift card. :-)