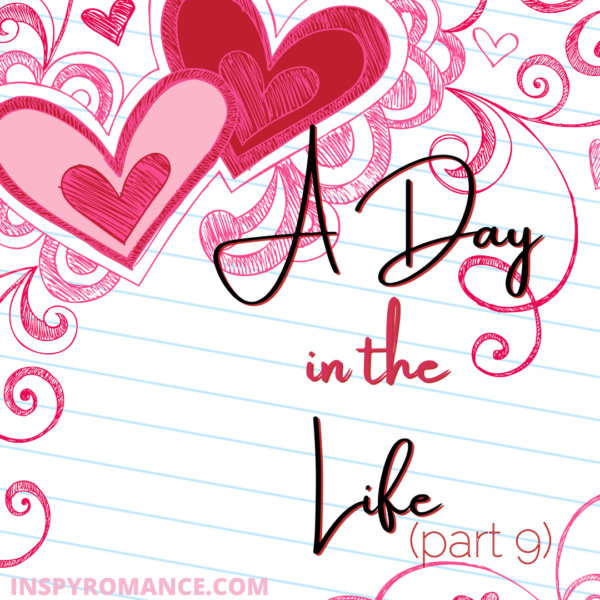 I hope you’re having a wonderful May! So far this month, I’ve attended a wedding and had a birthday. Pretty soon, it’ll be time for final exams and that big breath of relief that we all take when finals are over. And graduations! Do you know anyone who’s graduating this year? I do a weekly Bible study with a gal that’s graduating college this month. I need to get on the ball and get her a gift…or at least a card. (I didn’t even remember a card for the wedding…but I did order their gift…the day before the wedding. My organizational skills *might* be faltering.) ^_^

“Me, me, me, me, me!” Amaria jumped up and down, reaching as far as her little arms would let her as she tried to grab the single cookie I held aloft over both their heads.

Alistair, on the other hand, crossed his arms and gave me a bored look.

I wasn’t fooled, though. They both wanted that cookie, and they wanted it bad.

Amaria stopped jumping, fisted her hands on her hips, and gave me the stink eye. “No.”

“We’re going to see Miss Glenda today, and the two of you will behave the entire time.”

Amaria’s voice got louder. “No.”

I didn’t know the first thing about African American hair. At first, I’d thought I was supposed to wash Amaria’s hair each night. Oh, what a disaster that had been. And I hadn’t known how to comb it, braid it, or do anything with it afterward. She’d ended up in tears, and her brother had tried to physically restrain me from reaching for the comb.

Apparently, Maxie – who knew nothing about caring for a child’s hair in general, let alone the souped-up curls the twins sported – had hired a woman who came to their home twice a week to treat and style the kids’ hair. Alistair’s didn’t need much more than an occasional cut and the right kind of product to keep it from drying out too much. Amaria’s hair, though, was more complicated than college calculus. I could probably handle a little calculus if given enough time. Her hair, though…I loved that sweet, little, sometimes wily face too much to put her through my hair ministrations.

Their regular hairstylist was out of town, though, and we were heading out to visit her sister, a trichologist used to working with adults more than kids. She didn’t have the tender touch or hairside manner of her sister, but the results were always masterful. The kids, however, couldn’t care less about her hair genius. Her crabby exterior was too off-putting for them. That, and the twins swore she purposefully pulled extra hard on Amaria’s hair.

Splitting the cookie in two, I continued to hold it just out of their reach. “It’s Miss Glenda or me.”

Alistair’s eyes widened, and the air of disinterest he’d cultivated crumbled. His eyes darted around the room, as though looking for an escape. His nickname for his sister came out in a guttural whisper, the syllables full of tense breath. “Ahh-mee…”

Amaria’s gaze snapped to her brother then flew back to me. “Wait a second. What did you just say?” 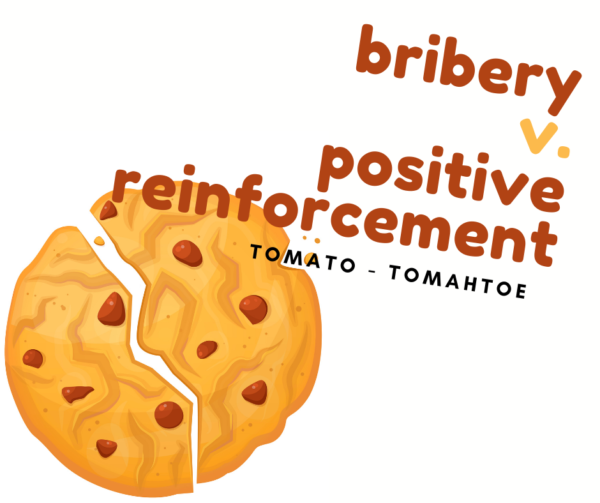 I put the two halves of the cookie on the kitchen counter and pulled the steal-toothed comb from my back pocket. “You heard me. It’s either me or Miss Glenda. I’m fine either way. The choice is yours. What’ll it be?” Honestly, if it came down to it, I’d probably put them in baseball caps before I’d force them to let me comb their hair…but they didn’t need to know that just yet. I seriously needed to have their regular hair gal teach me a thing or two. Incompetence didn’t sit well with me.

Amaria sidled up to her brother’s side, one hand still fisted on her hip while she rested the other on his arm. The daggers shooting from her eyes were in contrast to the woebegone sound of her voice. “Miss Glenda. We’ll behave.”

I gave a little clap and shoved the comb back into my pocket. “Fabulous. You guys can each have half of a cookie now. If everything goes well at Miss Glenda’s, we’ll stop at the store and pick up ice cream on the way home.”

I preferred to think of it as rewarding rather than bribing. After all, I’d be a complete hypocrite if I bribed the kids. I’m pretty sure I’d judged at least one parent for doing that at some point during my years teaching Sunday school. Walking in someone else’s shoes was like being served a daily dose of humble pie. Man, did I ever have a lot to learn about life and grace.

Who could say no to Alistair’s pleading brown eyes?

I could. That’s who. “Dinner’s over, and it’s time for me to hit the road.” And I would be back in ten short hours.

Amaria muttered something under her breath that sounded suspiciously like, “You wouldn’t have to leave if you lived here.”

I ignored the remark and started looking for my purse. Where on earth had I left it?

Maxie walked into the living room to find me standing there, hands on my head, as I glanced everywhere I could land my eyes. Amaria held onto one leg, Alistair the other. They’d resorted to physical coercion. That’s what I called it, anyway. I’m pretty sure that, as their nanny, I wasn’t supposed to say they were acting like spoiled brats. Besides, one look into their eyes was all it took to see the need there. Need was a whole different animal than demand or entitlement.

“Everything okay?” Maxie’s voice filled the cracks and crevices forming in my hardened exterior.

“Why won’t you let Miss Zee stay and tell us a story?” Amaria let go of my leg long enough to shove her hands onto her hips and stick out her lower lip.

“Uuhhh…” Maxie caught my eye and lifted an eyebrow.

I shrugged. “I just said it was time for me to go.”

He picked Amaria up and balanced her where his hip would be if he’d been born a woman. As it was, he was hipless, and gravity wasn’t working in his favor. His niece began to slide down his side. With pure brute force, Maxie pulled her back into place and secured her there. “I can read you a story.”

Alistair, still holding fast to my leg, shook his head. “Miss Zee tells the best stories. You just read ones we already know.”

And…that was where I drew the line. I pulled the boy from my leg and squatted down in front of him. “Is that a kind and respectful way to speak to your uncle?”

His lower lip jutted out to match his sister’s. 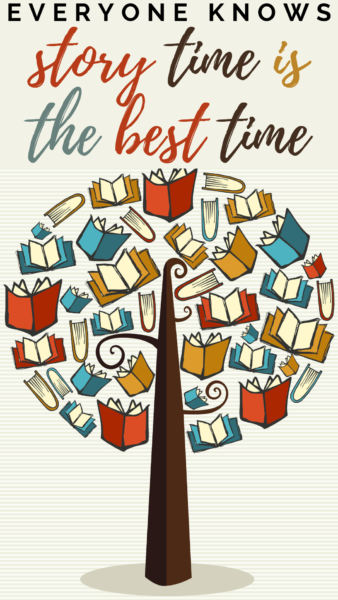 “What if I told you I liked Amaria’s voice better than yours, so from now on, she’s the only one allowed to speak to me?”

Which was, of course, my undoing.

I pulled Alistair in for a hug and held him tightly. “I’ll be back tomorrow, and I promise I’ll make time to tell you guys a story. In the meantime, though, try to appreciate the wonderful gift God has given you in your uncle. Be thankful for what you have instead of saying it’s not good enough.”

He sniffed, and I kissed the top of his head.

“Think you can manage?”

He nodded in my arms, and I gave him another tight squeeze before letting him go.

Alistair trudged over to the couch and pulled my purse out from where he and his sister had apparently hidden it behind the behemoth piece of furniture.

I gave Amaria a quick kiss on the cheek where she rested, still in Maxie’s arms, and waved goodbye to everyone as I made my exit.

Before the door closed behind me, I heard Alistair’s resolute voice, “I’m sorry, Uncle Max. You’re good enough. I promise…”

I wouldn’t have minded staying late to tell the twins a story. They were exhausting, but I enjoyed my time with them.

The problem wasn’t them. It was their uncle.

Ever since my desk had been moved into his office, I’d found him increasingly…distracting.

When I’d been at Manda’s desk by his office door, even though the wall that separated us was part glass, his desk was further back than mine, and so he was almost always behind me. Since the move, though, he was constantly in my line of sight. I could be diligently clacking away at my keyboard in an attempt to dig up information on something Maxie had asked me to research, and I would look up for a second – and there he was.

Or I could be returning from a trip to the restroom, and – boom – there he was.

It wouldn’t be so bad if he was sixty years old with age spots and a hooked nose. Or even if he was exactly who he was – but married. He wasn’t either of those things, though, and as a result, my subconscious couldn’t seem to help itself where he was concerned.

He was typing something at his computer one day, and all I could think about was what it would be like to have those strong hands cup my face. He had decided to move his desk one day – by six whole whopping inches – and he’d looked so strong and sure of himself. It made me wonder what it would feel like to have those arms wrapped around me in a hug.

Maxie was entirely too distracting. At that point, the only thing preventing me from throwing myself at him was maintaining a semblance of distance. Sticking around to tell the kids a story would not aid that desire. Sticking around to tell a story would result in all four of us cuddled together somewhere – either on a couch or in one of the twins’ bedrooms – and a cozy scene like that would do little to squelch the electricity that seemed determined to warm up my insides whenever I looked at Maxie these days.

I had it under control, though. He was my boss, and whatever I felt for him was a passing fancy. My imagination would move on eventually.

Thank you for joining me this month! I hope you enjoy the rest of your week and do something wonderfully fun this month!