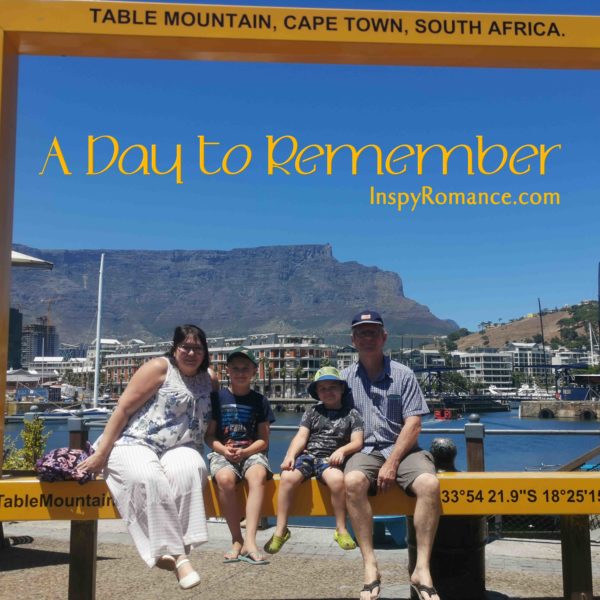 Yesterday… It started with promise, my grandsons excited about the prospect of finally getting their day at the beach, my month-old granddaughter caring less about anything except having a clean diaper and a full tummy. The day did not disappoint. It almost did at times. And it threw us some curve balls. But all in all, it was a pretty memorable day.

Tired after nearly two weeks of unpacking boxes at my son’s new home in Cape Town, we decided to escape the moving mayhem and head for the Mother City and the beach. As usual, we left home an hour or so later than planned (some things will never change). The weatherman promised a wonderfully warm day and we were armed with bottles of SPF50, determined the African sun would not get the better of us. 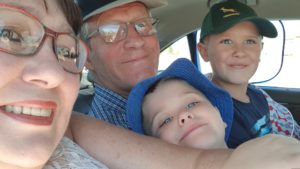 Packed like sardines in the car, baby Olivia the only one not squashed onto a leather seat or someone’s lap as she relaxed in her car seat, we drove down the motorway. My son, Ryan, looked up through the windshield and drew our attention to the cloudless, blue skies. Immediately I was reminded of my dear daddy who would always look out the car window as he drove into town with my sister and say, “It’s a beautiful day, not a cloud in the sky.” And once again, I missed him.

With Christmas carols drifting through the car’s stereo as we headed toward Table Mountain, my daughter-in-law, Amy, recounted the story to her two sons, Phoenix and Liam, of how Ryan proposed to her on top of the flat mountain. Memories… The tale elicited a “No way,” from nine-year-old Phoenix. Liam, six, on the other hand, was way more interested in making us aware of the fact that Cape Town wasn’t part of South Africa, at least that seems to be what he believes. I wonder if the two-hour flight from Johannesburg to Cape Town has anything to do with his thinking that their new home is in another country.

We drove past a container-yard and hubby asked the boys if they knew what the large, steel boxes are called. “Tin cans,” Liam shouted excitedly, and we all burst into laughter. The boys certainly do keep us entertained.

Soon we were walking around the V&A Waterfront with its myriad of shops, African Trading Post, waterways, clock-tower, ferris wheel, brightly-painted rhino statues, colorful steps, and swing-bridge, the majestic Table Mountain backdropping it all. My mind took it all in, as usual. 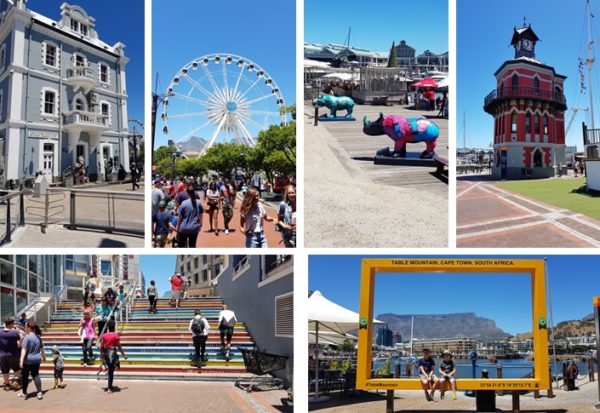 Inside the mall, we spotted the Summer Palace for kids and in the palace some “elves” and what I initially thought was Santa and Mary Christmas, African style. I subsequently learned that Santa was still on his way and that Santa and Mary were actually Queen Halima (Mother Earth) and King Luyolo (the Guardian of Joy).

Kings and queens aside, our usually unshy Liam clung tightly to my hand, unwilling to take advantage of the photo op. Finally, I managed to coax him onto a chair close to the royal couple and snapped off a shot.

On the way to our next stop at Hout Bay, views of beautiful Camps Bay reminded me of the romantic dinner scene in my book, The Other You. The day truly was turning out to be a day of remembering.

Soon we arrived at the Mariner’s Wharf, a place that holds some special memories for our family.  I thought you might enjoy some word images in the poem I wrote several years ago which was inspired by these surroundings. This poem and others about my travels and life can be found in My Colorful Life.

a myriad of names—

bobbing lazily in the busy bay.

soon will be teaming with fish.

entertainment of the day.

for a meal to come their way.

of the mariner’s wharf! 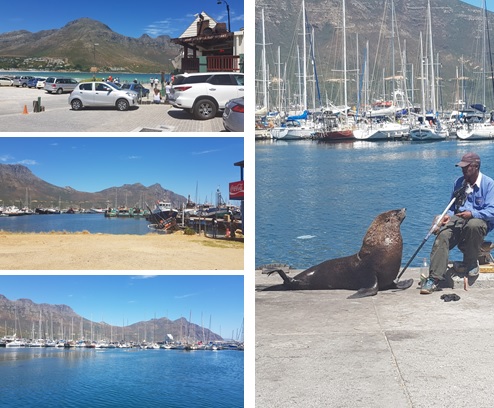 A marimba band greeted us at this popular tourist spot and we couldn’t help but jiggle our arms and hips to the iconic African sound. The marimbas reminded me of another romantic dinner I wrote in my book Orphaned Hearts, this one taking place on a sunset cruise down the mighty Zambezi River.

Oh what fun it was when the band’s leader invited our oldest grandson to take his place at his marimba. And as Phoenix pounded the rubber mallet on the long wooden bars, the band leader struck amusing poses beside Phoenix for mom Amy’s overworked camera. 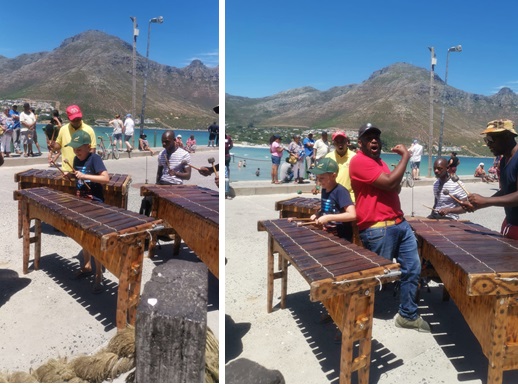 At the end of the song, we continued on our way. When we strolled past this old green Volkswagen Kombi, I was instantly reminded of the cover of Book 5 in a new series I’m planning to start writing next year. Of course, it’ll be some time before More than Roses sees the light of day. 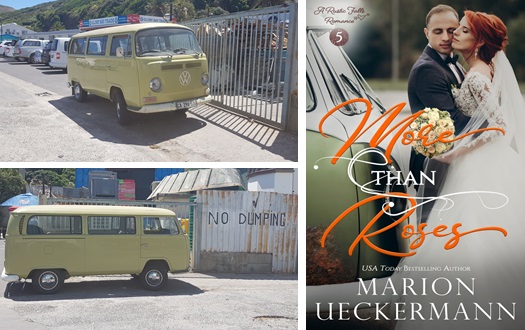 After an hour or so exploring the Mariner’s Wharf, enjoying the sights and sounds, we headed back to the car, our afternoon about to change. You see, before we left the very sandy parking lot, a huge Ford Ranger pulled in beside us, the extra long vehicle obstructing a clear reverse. We didn’t say anything to the driver because parking at the wharf is a scarce commodity, and if we drove forward and then reversed (maybe once or twice), we could get out of our spot. Problem was, even with only the driver in our car, the Mercedes Benz just dug itself into the beach sand. That car wasn’t going anywhere. Even our attempts to dig out the sand that was piling up in front of and behind the tires then placing discarded planks and cardboard boxes down on the cleared sand, or the advice and muscle power of a handful of good Samaritans didn’t help. That car was stuck and digging itself deeper into the sand with each feeble attempt to escape.

We needed a tow rope.

And nobody had one. 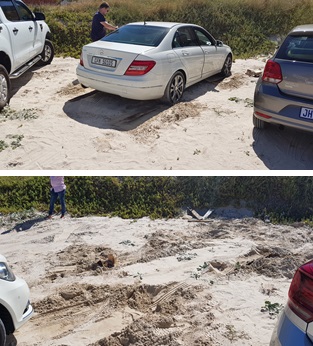 Finally, after hubby and son found an old piece of rope in the nearby bushes and the Ranger’s owner miraculously pitched up and moved his big vehicle (totally an answer to prayer), our good Samaritans were able to tow my son’s car out of the sand and we could continue our journey down Chapman’s Peak with its breathtaking views of the blue Atlantic Ocean.

There was much disappointment on the boys’ faces (and in their voices), when we discovered that the beach we wanted to take them to was indeed a paid beach. By now it was almost 5pm, the day nearly done (although it would only be dark in another three and a half hours). We’d come so far and had been promising the boys a swim in the sea for days now, so Oupa and Ouma (gramps and gran) came to the rescue and paid the fee. After all, our grandsons could get in at least an hour or so on this special beach set in a penguin colony.

While the boys splashed in the shallows of Boulders Beach, Oupa standing nearby on watch duty, I sat on a blanket on the sand with Ryan, Amy, and baby Olivia. As we relaxed on the soft white sand, we were entertained by a visiting penguin, dassie (rock rabbit), Egyptian geese, and even a mongoose that scurried past into the brush behind us. Well, except for the sleeping infant (and soon dad). 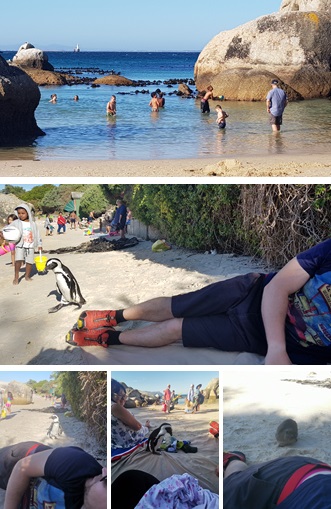 As we left Boulders Beach, Liam asked what a “Keep Out – Conservation Area” sign he’d spotted meant and we explained.

“Oh, so they can breed and make baby penguins,” he says.

Chuckling, Phoenix added his 2c worth as he pointed to a pair of penguins kissing. “Look those two must be engaged.” And my mind comes full circle to the start of the day and the reminiscing about a special engagement on a mountaintop.

Ah, days like this are what memories are made of.

ps. Wherever you are in the world, may I take this opportunity to wish you and your families a blessed Christmas from sunny South Africa.