As a younger woman, I began dabbling in Christian fiction a little. Francine Rivers. Ted Dekker. Some other historical fiction writers, and a couple speculative authors as well. I was never able to fully embrace Contemporary Christian Romance. It never felt realistic, because a lot of times the characters’ lives were sanitized to the point that they seemed farcical. The ones I read were more like lofty parables about nearly perfect people finding happily ever after than they were about honest people looking for love.

When I was ready to publish my first novel, I actually waffled with my editing partner about how to classify the book. There was a Christian thread in my novel, not because I set out to write it that way, but because that’s how it came together naturally. I really, really didn’t want to call it Christian fiction. In my mind, Christian fiction put me in a box.

Wow, am I glad I’ve found some authors that have proven my initial thoughts wrong. Authors that are smashing that proverbial box and writing romance with characters that are tinged less than pearly white. Characters whose lives are messes. Characters who could be my neighbors or friends.

Here are some of the most realistic I’ve found: 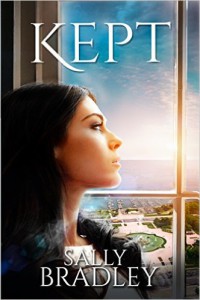 A kept woman who pays for her luxury condo with money from a married athlete. A man of faith who believes in keeping himself pure. Unlikely friends, or is more in store? One of the bravest books I’ve read in a while. 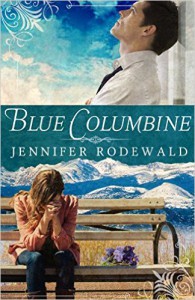 Jamie is a woman of strong faith, and she’s always had a soft spot for Andy. Andy cares deeply for Jamie, but rejects her faith completely. Then, there’s the little problem of his alcohol addiction… A heartbreaking and redemptive book about hard choices and second chances.

TOLD YOU SO by Kristen Heitzmann 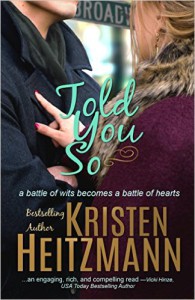 Grace is a bestselling novelist who’s built her platform on purity in romance. Devin is a playwright who thinks Grace’s novels are contrived, as are her purity and faith. Neither of them is prepared for the “calamity vortex” that ensues when she tries to prove him wrong. It doesn’t pull any punches, and doesn’t protect the heroine by making her perfect.

My newest release contains some of the messes that happen in real life. Jake and Alexis share only one thing: a daughter named Bailey. Even though Bailey is the best thing about both of their lives, she also reminds them of their absolute lowest moments.

A little excerpt for you:

“Jay, want to see my pony?” Bailey tosses her coat toward the wall, leaving it in a heap as she trots down the hall, her fine brown hair flying around her face. Looks like I’m not the only one who has been plagued by the static monster today.

I glance at Jake, but the playfulness he had on the phone is gone. “You probably want me out of your hair,” he says.

“Don’t worry about it. You won’t hurt her feelings if you leave. I’ll make sure she understands.”

His uncharacteristic hesitance causes me to have all sorts of unwelcome thoughts. Maybe he needs a friend. Maybe those couple hours with Bailey changed things. Maybe the two of us shouldn’t be in the same room together, since I obviously have some sort of stomach affliction when he’s in the vicinity.

Seriously, thank you stomach. I get it. Jake’s attractive. You don’t need to keep assaulting me.

Bailey bursts back into the room with the horse she got for Christmas, and he bends down to inspect it, looking at it so closely it seems he might want to buy it from her. He’s clearly figured out some of this dad business in the past month.

“You could stay,” I blurt, the volume of my words a shock even to me. Cringing, I fight to bring my voice down a notch. “If you have nowhere to be, of course. Not that you wouldn’t, because you’re you and it’s Saturday night. And I’m not implying anything unseemly by that, just casually observing the fact that you’re charming and rather good looking so you should have no problem finding company on a Saturday night. If you’re actively looking for it, which I’m in no way saying you are.”

The horse all but forgotten, he looks at me from his position kneeling next to Bailey, brows lifted slightly but no smirk or cocky expression on his face.

That’s it. Am I finished, like I’m officially the lame dorm mom or something. Oh, look, the weird uptight girl just spewed her word vomit all over me. How peculiar.

My stomach goes on full-out revolt, like there’s an angry battle of Rock ‘Em Sock ‘Em Robots going on in there.

“I really hope so,” I answer quietly.

He stands up and starts to take off his coat, but pauses with it midway down his back.

“Only rarely, and even then it’s touch and go.”

As one Amazon reviewer wrote, CURIOUSER “is a romance but not the sickly sweet rainbows and roses so often presented in Christian literature. It shows life in all it’s messiness and allows for hurts and betrayal, redemption and grace.” 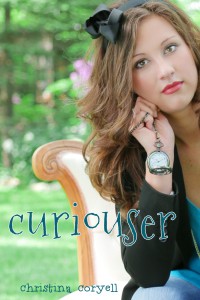 For a chance to win a Kindle copy of my novel CURIOUSER, comment with a realistic fiction romance you’ve read. Contest ends March 5th. (And as a side note, if you want to read Jennifer Rodewald’s Blue Columbine and one of my books at the same time, check out the bestselling box set Immeasurably More for only $.99 or free on Kindle Unlimited.) 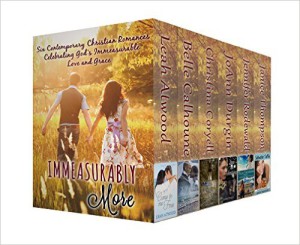