When I began this series, I envisioned three, maybe four scenes. But stories–as does life!–have a way of growing insanely complicated. Quick. Add in a hurt father, a worried and distraught mother, and a love-sick yet disappointed bride, and well… 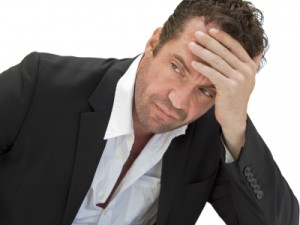 Last we left, Elsie’s mother Sharon had just mustered the nerve to talk to her husband about their daughter’s upcoming wedding. A topic that causes her husband great pain. Though he may seem angry, even harsh, to us, his actions stem from a bleeding heart. As a devout Jew who comes from a very long line of devout Jews, he’s truly concerned for his baby-girl and saddened he won’t be able to share this most important part of himself with her. (I suspect she feels the same.) He’d hoped by refusing to come to her wedding she’d rethink her plans and her faith,and that during the delay, common sense would return to her.

It t urns out she did neither. Worse, now his own wife has begun to entertain such foolish notions, asking him to “look into” the claims of Christianity. (Read part one, two, three, and four here.)

“Please, just listen to me.” Sharon reached for her husband but he jerked away and turned his back to her.

“This conversation is done.”

An icy chill swept between them, greater than any she’d felt in all their twenty-five years. If she walked away now, let the matter drop, they could lose their only daughter. But if she pushed it, she could lose the man she loved.

Feeling as if her heart wrenched in two, she lifted teary eyes to the ceiling. Why must it come to this? Regardless of who’s right, regardless of 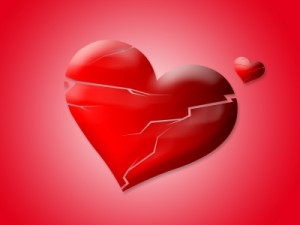 who this Man named Jesus is, our family will be severed. But though she wanted to blame Jack, the man who’d stolen her daughter’s heart and, perhaps, her faith, she could not.

Because if he was right…

Her phone chimed, making her jump. She pulled it from her pocket and checked the screen.

The bridal boutique? What could they want? Whatever it was, her husband couldn’t hear her talking with them. Luckily, he maintained his staunch position, arms crossed, back to her.

Her cell rang again, seemingly more shrill this time. Inhaling, she smoothed her hair from her face, squared her shoulders, and left.

“Hello?” She whispered. Then moving to the stairwell, she cleared her throat. “Hello, this is Sharon. May I help you?”

“Good afternoon. This is Mercedez from Le Veritable Armour Bridal.”

“Yes. Is there a problem?” She continued up the stairs and sat in a chase on the second floor landing.

“Not a problem, really. More of an… unexpected turn of events. The young woman you left a check for has declined the offer of payment.”

“She said she’d found another gown elsewhere and asked that you donate the funds intended for her to a homeless shelter on the upper east side.”

“But the other gown, surely she still needs help paying for it.”

The woman gave a half-snort, half-cough. “No. I’m quite certain she can manage that all on her own, considering she found it at a second-hand store.” She said the latter as if the words turned putrid on her tongue. “Would you like me to mail the blank check to you or would you prefer I run it through our shredder?”

“I…” Sharon sat straighter, staring at the wall in front of her lined with numerous pictures of Elsie. In each one, she  looked the perfect princess, from her frilly dress to her shiny shoes. She’d never been one to visit a clearance rack, let along a thrift store. “Surely there’s been some mistake. A pre-wedding joke of some sort?”

“I’m quite certain there hasn’t.” The woman’s voice dropped an octave, all pretense of cheerfulness gone. “I’ll return your check immediately. Have a good day.”

The line went dead but Sharon continued to hold the phone to her ear, her eyes blurring as she focused on the sweet photograph of Elsie before her.

What possibly could’ve motivated her to turn down the chance of purchasing her dream wedding gown?

Something else must’ve happened. Did Jack foot the bill? No. Of course not. He hadn’t the money for that.

Did Elsie know Sharon was behind the check? And if so, had the notion offended her? Hurt her even? As if Sharon had tried to replace her presence at the daughter’s wedding with an elaborate gift?

If only she could call her, ask her. But she couldn’t. Not without betraying her husband.

Her shoulders caved forward, and she dropped her head in her hands, silent tears dripping down her cheeks.

It appears this is the never-ending story. ;) Come back next month for the sixth, and maybe final, scene in this story. What should Sharon do now? Will anything soften her husband’s heart? Should she call her daughter anyway? Maybe even go to the wedding? What would you do? 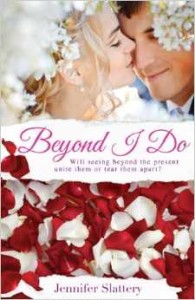 If you’ve enjoyed this romance, you’ll love my debut, Beyond I Do, which you can get on Kindle for under $8! Check it out here.