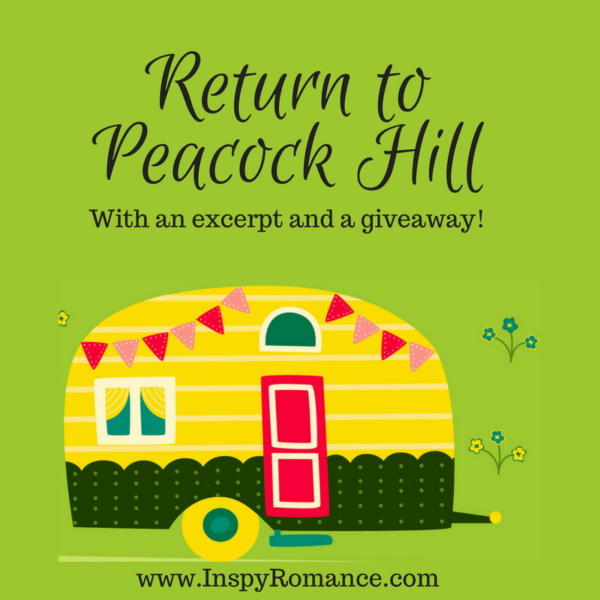 Hey there, Deidre McIntyre here. Elizabeth asked me to take over her post today to tell you about some of the recent happenings at Peacock Hill. I have to admit, I was a little surprised–after all, we’re kind of busy with the renovations right now, but, well, it’s kind of one of those situations where whatever she says goes. So here I am.

We’ve got most of the heavy work done, actually. My brother and his fiancee — and isn’t that a kick? I still grin imagining Duncan engaged. But Anna’s a keeper, for sure. — got the gardens put in and while they’re not going to be perfect this coming spring, they both assured me that we’ll have enough going on to start booking weddings. I’m not quite convinced, but everyone’s pushing me to open reservations. I guess we’ll see.

I’m excited because I’ve got this amazing painter showing up after Labor Day. Azure Hewitt. Her name’s a little kooky, but her art is incredible. On top of all that? Her price was more than reasonable. She’ll be showing up to recreate the decorative painting all around the edge of the breakfast nook. I sent her a ton of photos when we were emailing about the job and she’s positive it won’t be too hard to do. I’m hoping to convince her to take a peek at a few other murals in the house and see if there’s anything she can do to restore them. She said she doesn’t have a hard date when she needs to live — honestly, she’s kind of hard to pin down on that, but it’s almost like she lives like a gypsy. Anyway, since she’ll be here and I know I like her art, I’m hoping she can do all the fancy work and save me having to find someone else for the fireplace pieces.

Other than that, Jeremiah and I have finally set a wedding date. Between Christmas and New Year’s. Yes, this year. Everyone asks that when I tell them, but you have to remember I’m kind of a no-frills gal, so really, how long can it take to plan a simple, family wedding? I mean, we’re having it here at Peacock Hill, so that’s easy, plus it’ll be a little bit of a warm up for when we get going as a wedding venue. Now we just need Duncan and Anna to pick a date and everything will be set.

The usual gang does a lot of hanging out. Matt’s still working at his uncle’s garage. Claire’s still keeping everything organized and is rubbing her hands together, impatiently waiting until she has actual scheduling to stay on top of. Danny’s still in and out as well when he’s not working in Charlottesville. Oh, and Duncan’s friend Nick stopped by to see everything. And talk to Duncan about some relationship woes. That made me laugh, too. I mean my brother a relationship expert? Please. Though he did manage to get things straightened out with Anna at the end of the day, so maybe he’s gotten better at it.

And that’s really everything that’s been happening at Peacock Hill. Y’all should swing by sometime and take a look around. 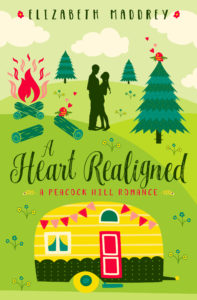 You can get to know Deidre and Jeremiah in the first book of the Peacock Hill series, A Heart Restored.

Duncan and Anna (with a little cameo from Nick Carter from Luna Rosa) appear in book 2, A Heart Reclaimed.

And Azure? She’s the heroine of book 3 in the Peacock Hill series that just released on July 10th – A Heart Realigned.

To whet your appetite a little, here’s a bit from the first chapter:

The woman angled her head as she dropped the oranges on a small scale. “You just passing through?”

“I’m painting some murals up at Peacock Hill. Probably be in town a month. Maybe longer.” Azure reached into her pocket for her zippered pouch where she kept her cash.

“Really? Word is that Yankee girl is doing a bang-up job getting the old place back together. Hope she lets all the rest of us get a look see before she opens it up for weddings and the like. That old house is the reason the town’s here.” The woman entered the last item and told Azure the total. “Did you need a bag?”

“Oh. No.” Azure pulled out the money and offered it. When she’d zipped the pouch back up and tucked it into her pocket, she removed a folded square of cloth, unlatched the Velcro band around it, and shook it open. “I always have one of these with me.”

The cashier smiled and rubbed the material between her fingers. “Feels like a t-shirt.”

“Used to be one. I just sewed the bottom together and cut off the arms, widened the neck opening, then add a strip of Velcro for folding.” Azure loaded her groceries into the bag and accepted her change. “Thanks.”

Azure smiled. Exiting the store, she turned right, away from her truck, and walked to the end of the building. A small alley led between the grocery and the shop next door. She ambled down the immaculate space to the end and peeked around the corner, her smile morphing into a grin when her gaze landed on the dumpster.

She set the t-shirt bag down by the wall and pried open the lid, sniffing. Not too bad. Azure hoisted herself up and crawled over the lip, pushing aside an empty box to unearth a carton of shredded cheese. It was still cool. The date stamped on the package was yesterday. Azure shook her head and dropped the cheese into the empty box. It’d still be good for a week.

She picked through the top level of the trash, stopping when she reached a box that was clearly past its prime. Good enough. Azure hoisted the box she’d filled with her gleanings over the edge of the dumpster and, leaning over the edge, lowered it so it was just a short drop to the ground. She glanced back at the trash, shuffled it around a little so it was more evenly distributed like it had been when she arrived, and then levered herself up and out of the container.

Azure brushed debris off her overalls, hefted her box, grabbed her bag of purchased items, and strode back between the buildings. Hunger was no longer going to be an issue. The dozen-and-a-half eggs she’d found under the cheese were a real find. They’d still been cold as well. She must have just missed whoever did the stock disposal. She’d keep that in mind. 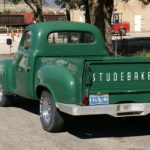 A man squatted beside her truck, his head angled as he tried to peer under the front. Azure set her groceries in the back and cleared her throat. “Can I help you?”

He stood, his green eyes bright, and extended his hand. “I’m Matt. Just admiring your truck. And seeing as I doubt there are two of these beauties in town, you have to be, Cyan was it?”

She laughed and shook his hand. “Close. Azure.”

“My brother would beg to differ. He’s always felt cyan was more green than blue.”

Matt frowned. “You argue about colors?”

“Well, it’s his name. He didn’t want us both to be shades of blue.” She shrugged. “He doesn’t like it that I’m older than he is, so he likes to be difficult. Want me to open the hood?”

“I really do. But you have groceries. They probably need to get back in the fridge?”

He shook his head.

“Why don’t you come on up? I was planning on making hot dogs and potato salad. You can drool over the engine while I fix supper.”

“Sure. I’m reasonably certain if you were some kind of serial killer Deidre’s boyfriend—fiancé, whatever—wouldn’t have mentioned that you’d love to see the truck. Add to that, I’ve got more hot dogs than I can probably eat tonight, so why let them go to waste?” She cocked her head to the side. He was tall, lean, and handsome. Her heart gave a little flutter. Oh yeah, if he was going to be around much, hanging out at Peacock Hill might be even more interesting. “Want a ride?”

I hope you enjoyed hearing from Deidre and getting a little glimpse at the start of Matt and Azure’s story! They’re definitely a pair who, I hope at least, proves that opposites can work together pretty well once they hammer out their problems. Do you have any stories of opposites attracting — it doesn’t have to be romantic! Some of my best friends have been opposites, so feel free to think outside the borders a little.

I’ll choose one lucky commenter for a free e-book of A Heart Reclaimed.