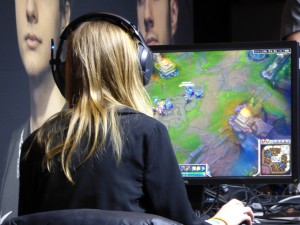 I was playing Bookworm the other day on my phone. It’s a game where you have to make words out of connected tiles with letters on them. Sometimes burning tiles come up and you have to get rid of them before they burn their way down to the bottom of the screen. It’s a fun game and I tell myself that it’s good for my brain. I’ve gotten up to 6 million points once before my ‘library’ burned up. And then I had to start over again. As I was playing it for the umpteenth time, after the umpteenth time my library burned up I was struck by a thought. No matter how high I went with my score, no matter how amazing my words were, I would never finish this game. The end result of this game will always be me losing. There is no finish line. 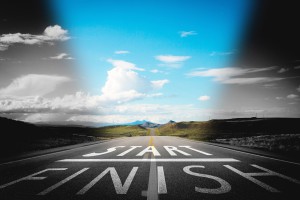 And then I thought that was the way with most of the computer games out there. You seldom play a game you win. You can get a high score and try to beat your own high score but that’s all you end up with. There’s no satisfaction. No sense of completion. You just keep playing and playing and getting pulled in.

I suppose that’s part of the mind-set behind computer games. Pulling us into a place where we forget time and keep trying to do better. Keep trying to do more but never coming to the end.

I know life is like that. Jobs that never really have an end. I’m thinking of laundry here! Or washing the floor of a house with toddlers living in it. But yet there are always those few moments where you can look back and feel a sense of satisfaction. This job is done.

And that’s where I am starting to see the dark side of independent publishing. I write for Harlequin Love Inspired as well and when I send the final edits to my editor I’m done. Finished. I can add nothing more or take anything more away.

But my indie books. Well, that’s another story.

I got some feedback on the covers my niece made for me. So now I’m going to follow through on that which means some small changes which means uploading the new covers to the various sales sites.

I am currently plotting out a fourth book in my Holmes Crossing series. I have a character in that book that I am thinking I could easily slip into the first book. And I’ve been mightily tempted to revisit the first book and change a scene in it so I can do precisely that. I know the people who bought the previous book will miss out but at the same time how much more satisfying wouldn’t it be if I could add this character. Create a stronger tie-in from the first book to the fourth. And because I can easily do it (I format and upload my books myself thanks to the magic of an awesome computer program called Vellum) I start thinking about how this could work. Which scene could I add her to? How could I slip her in? 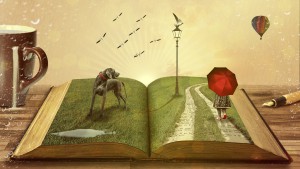 So the book writing in the indie world is never done. I know I have to resist the urge but it’s still there because it’s my book, I am the publisher as well as the author and I have the power.

A bit scary in a way. The endless fiddling I can do. Even with my published books I never feel as if it is as good as it could have been. I never feel as if it’s done but with e-books the option to change the story is always there. I have the option to make it better (I think). To do more. To add some more layers. Some more depth. But I know that somewhere along the line I have to stop. I have to accept that it will never be complete and move on to the next story.

But the other reality is that even as I write The End on the story of my characters, their story is never really finished either. I am just bringing my characters to a certain place in their story where I have to quit. In the fiction world I have created for them they will move on to get married, have children or not, have other problems, fight and hopefully make up. But my job in their story is done.

Our lives are also a story that never really ends. And while that can be scary it’s also comforting. That even as we breathe our last breath, our story will carry on.

And it will be a lot more satisfying than any computer game or any story that we can write.