In the Spring a fuller crimson comes upon the robin’s breast;

In the Spring the wanton lapwing gets himself another crest;

In the Spring a livelier iris changes on the burnish’d dove;

In the Spring a young man’s fancy lightly turns to thoughts of love.

There is something special about a romance that takes place during a holiday, and for romances that holiday is typically Christmas. No wonder the television networks are full of those kinds of stories from Thanksgiving through New Year’s Eve.

Several years ago, though, several author friends of mine and I wrote a series of novellas set during other times of the year besides Christmas. For my story, I chose Easter time and spring.

The setting is Vermont, when the thaw is taking place and the days are warmer but the night is still chilly. In New England with the maple trees, the first spring thaw means one wonderful thing—the sap begins to run and smoke begins to rise from sugarhouses while the sap gets boiled down to a beautiful maple syrup.

The last few traces of winter are disappearing and things get generally very muddy, while the potholes created by the freeze-thaw-freeze of the roads start to emerge.

Whether you live in New England or elsewhere, the common thread of spring is the newness. New life, new growth, new love.

So with me thinking about spring, I looked up the quote about spring and a young man’s fancy. It’s true, about spring. Something new looks shinier, brighter—anything that replaces the dreariness of some winters.

Starting today, March 17 through Monday, March 21, I am offering a free download of my Eastertime novella, Spring Comes to the Barncastle. I hope you download and enjoy!

Here is a bit about my heroine and hero, and what they find at the Barncastle, a special inn located outside the fictional town of Castlebury, Vermont. 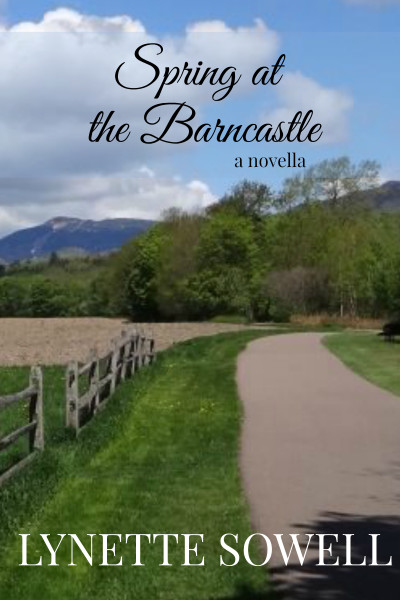 After a career disaster, Sadie Barncastle finds herself in rural Vermont, starting over and opening up a gift shop at her cousin’s family inn. She meets up with an old friend from childhood, Peter Appleman, a widower next door with a precocious daughter.

But Sadie’s not sure if life in the Green Mountains is for her and feels the call of Boston drawing her. Peter, however, is drawn to Sadie yet isn’t quite sure if he’s ready to move on yet.

As Easter approaches, a time of forgiveness, restoration, and joy, the two realize that it’s also a time for new beginnings, but does that include with each other?