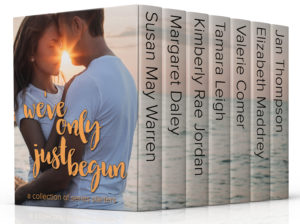 Do you love books that are in a series? I’ll admit that I adore a good series. I love being able to follow characters from one book to the next (even if they’re not always still the main character) and keep up with their lives, like they’re my friends. (True story, some of my best friends live only on the pages of a book. I’m guessing since you’re here at InspyRomance, you can relate to that rather than thinking it’s sad.)

Since I love series so much, it’s only natural that I *write* them. And I do. And so do a lot of other wonderful authors. And sometimes it’s tricky to try and decide what series you should pick up and start. Which is why I love boxes like the one I’m talking about today.

We’ve Only Just Begun is a set of seven series starters (say that really fast five times!) from some wonderful authors of contemporary romance and contemporary romantic suspense. I was so delighted to be included! My contribution to the set is book 1 of my Taste of Romance series, A Splash of Substance.

She doesn’t vote. He works for a Senator. Is it a recipe 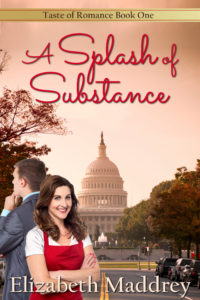 for romance or disaster?

Paige Jackson has always stayed out of politics, leaving it to God to govern the world. She has enough on her plate as the owner of a catering company founded on convictions to buy local, sustainable fare. Jackson Trent works on Capitol Hill for Senator Carson, putting his beliefs in action to help shape national policy.

Hoping to find high-end clients to keep her business afloat, Paige bids on a contract to cater the Senator’s next fundraiser. Shake-ups in the Senator’s staff leave Jackson grudgingly in charge of the event. After Paige is chosen as caterer, she and Jackson must work together despite opposing beliefs on how God calls Christians to participate in government. As Paige introduces Jackson to sustainable fare, it’s not just the food that piques his interest.

When Senator Carson becomes front-page news in Washington, Paige is sucked into the whirlwind of scandal. Can Jackson convince Paige he wasn’t complicit and win her back or has politics burned his chance at love?

In this series, in addition to being fun contemporary romance, my characters explore some of the social issues facing Christians today.

The other books in the box are:

I loved getting to read all of these books – and I know I’ll be finishing up some of the series that I hadn’t already read. Let me know which of these you’ve read, or which you’re excited about reading, for a chance to win your very own copy of the set. I’ll choose a winner after 5:00 p.m. Eastern tomorrow, October 15th.

You can get We’ve Only Just Begun wherever e-books are sold. 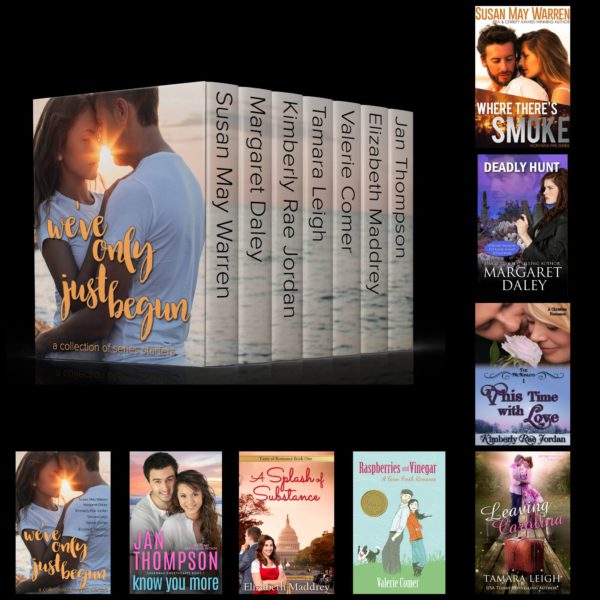