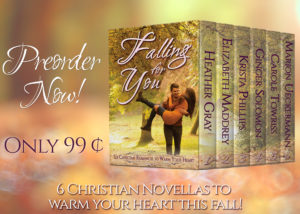 Tomorrow is SUCH A FUN DAY!!!

My second ever box set with a group of authors releases, Falling For You!

My novella, A (sorta) Southern Serenade, is featured in it!

I so love this little story. I fought hard for this story because it was SO DIFFICULT for me to write, so when I finally finished it, it felt like we’d gone to battle together and finally won–the victory being a finished book!

It’s set loosely in Nashville, in a suburb just south of town. It’s the first time I set a book close to where I live!

It also has one other fun parallel to my life.

I was raised in the “North” and my hubby lived in North Carolina his whole life. Marrying into a Southern family was fun and interesting all at the same time! LOTS of “reckon”ing and “declare”ing that I’d never heard growing up!

I loved playing with these fun little differences in this book, because I now call myself “sorta” Southern as well, I married into the life and reckon I can call myself that now. (See what I did there?!?)

The similarities stop there though! 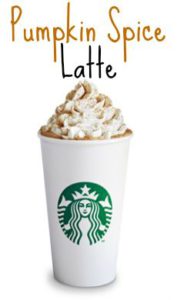 Kendra is a trust fund baby. She’s struggling with her identity because of that, as she doesn’t need to work but still wants to feel like she’s contributing something to the world besides money.

Josh grew up having to milk cows and tend chickens in order to help make sure there was food on the table. He isn’t too fond of the spoiled rich woman at first.

But both have to learn to look beneath the surface and toss out stereotypes before they can find the true love that simmers just below.

I thought I’d give you a little snippet from the beginning… and hope you check out Falling For You, 6 BRAND NEW romance novellas to help assist your Pumpkin Spice Latte’s in bringing in the fall season! 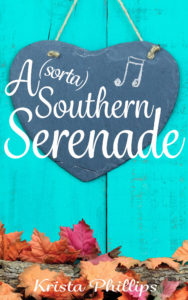 “Kendra, why is there a dangerously handsome man standing on your lawn?”

Few things could drag her away from the kitchen in the middle of cooking, but curiosity trumped chicken. Following her sister-in-law’s voice, Kendra met her at the front window in the formal dining room. “Where is this man you speak of?”

Sure enough, right there on her grass was a scene straight out of an Abercrombie commercial. Tall, tan, muscles, sweat—okay, so the sweat was kinda gross when she thought about it, but at this distance, the glistening muscles bulging out below the sleeves of his white t-shirt completed the manly picture. Their hotter-than-normal fall looked good on him—hot being a very appropriate term. “Well, he’s certainly not homely. And given the truck at the curb that says J’s Landscaping, I’d guess he’s a worker from the landscaping company I hired. But—” She elbowed her best-friend-turned-sister-in-law in the stomach. “What are you doing checking out guys? Don’t make me tell Nate.”

Sadie crossed her arms. “Nate knows I’ve been checking out guys lately—with the express purpose of finding eligible bachelor material for his little sister. He doesn’t care as long as it means you stay put.”

“My big brother needs to mind his own business. Plus, I bought a house, didn’t I? That screams staying a while.”

But Nate had gone on and on about how renting was throwing away money and real estate was a good investment. And she’d fallen in love with the house. The 1970s brick ranch was old enough to have a little character but refinished with all the modern efficiencies. It was also big enough to house a small army—but she loved to cook and entertain.

The kitchen—oh goodness. The kitchen had made her swoon at first sight more than any man had ever done. Quartz countertops that went on and on, a gas cooktop that begged to be cooked on, and cabinet space like she’d never seen. It was a chef’s dream. And while she was no professional, cooking had saved her a lot of money in therapy over the years.

The only drawback to the house that she hadn’t taken into consideration was the large, almost acre lot and the extreme amount of work taking care of that much yard would involve. Thus—hiring the landscaping company her new neighbor had recommended after she’d received her first slap on the wrist from the HOA.

“Regardless, you have to admit. That guy out there is easy on the eyes.”

The cliché was so understated it wasn’t even funny.

But who was she kidding? The dude mowed lawns for a living. He was probably working his way through college or something, and she was hitting the big three-oh next year. “He’s probably twenty years old if that. I’m not a cradle-robber.”

“He looks older than that to me. You should go out there.”

And completely humiliate herself? “No way.”

“Don’t you need to like, I don’t know. Pay them? Supervise them?”

“I already gave them a deposit, and I don’t think they need a supervisor. But—” She sighed as she untied her apron. It couldn’t hurt, right? Just to say hi? And she did still need to get the final estimate for the landscape overhaul she wanted. “I guess I could introduce myself really quick. Will you keep an eye on the chicken in the oven? It’s almost done.”

Kendra glanced back as she opened the front door. “Stop it. It’s not like I’d go for a guy who mows lawns for a living anyway. I’m not that desperate.”

The deep rumbling voice twirled her around. Standing right on her doorstep was the man in question, even more mouthwatering up front—except for the deep scowl on his face.

Had he heard her?

Surely not. “I’m—her. I mean, Kendra. I’m Kendra Meyers.” She dumbly stuck out her hand to try and cover for her lack of coherent speech.

He grasped it, his rough skin a sharp contrast to her own ultra-soft. His grip threatened to crush hers, but she gripped back, strong and steady, just like her mom had taught her. Limp handshakes are like a dead fish. Lifeless, weak, and ready to be devoured. NEVER show weakness, Kendra. Ever.

Well, the man in front of her was no limp fish, that was for sure.

She was almost sad to see his hand go when he took it back.

“Ms. Meyers, I’m—” He tapped his pen on the clipboard he held while he stared at her.

Kendra tried not to squirm under his hard perusal, but she couldn’t help but shift her weight.

Finally, he clicked the pen closed and poked it behind his ear. “You know what? Let me run out to the truck and grab my checkbook.”

His—checkbook? She glanced back at Sadie who stood wide-eyed beside her and looked as clueless as Kendra was. “I don’t understand.”

He started back to his truck, but after a few steps, turned those steely gray eyes back to her. “Let’s just say, I’m not that desperate for your business, either.”

So yeah. They don’t have a fantastic start!!

IF YOU were like Kendra (and maybe you are?? Ya never know!) and money was NO object, what would you do? Give it all away? Still work? Spend a LOT of time on the beach?