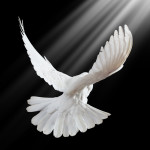 After countless years, rewrites on top of rewrites, hopes raised then dashed then raised again, my childhood dream is about to take flight!

Come early March, my first book will be released. (<insert cartwheel here!>) It’s had multiple names, multiple revisions, even multiple covers. It has made its way around contests, critique groups, and beta readers. There were times when I just knew it would never happen, followed by times when I was itching to release it to the hordes of readers waiting for it.  ;)

I’ve watched friends publish multiple books, others give up writing altogether. I’ve read about the journeys many of the Inspy bloggers have been on as they’ve given their stories wings. This is a hard business, not for the fainthearted. As with any dream, the dreamer has to decide how hard they’re willing to work to make it come true. Is there a limit to their perseverance? Will they give it X amount of time and then move on? Or are they all in, no matter what?

Those who’ve published a book, either via indie publishing or the traditional route (or both), are the ones who decided they were all in – no matter what. As I look back, I’m so glad I decided (not even sure when) that I was all in too.

As I work with my editor to get the final tweaking accomplished, and the designer who has created an amazing cover, I’m filled with anticipation (tempered by a solid dose of realism). My story will soon take wing, carried on the winds of determination and persistence. Talk about exciting! 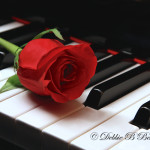 Here’s a bit about Shattered Image. More to come as we get closer to celebration day.  :)

Fired from her job as a high-profile spokesmodel, Kiera Simmons flees Manhattan for Minnesota, determined to regain her faith and build a new life far from the eye of the camera. She develops a program for teens called One of Me to combat the world’s distorted view of significance with the reality of a loving God.

On the brink of stardom, singer/songwriter Peter Theisen is ready for his turn in the spotlight and all that goes with it, until he encounters a red-headed beauty who invades his dreams.

Their unexpected romance, begun cautiously outside the spotlight, is soon put to the test. Facing her beloved father’s illness, Peter’s skyrocketing career, and threats from her jailed former boyfriend, Kiera’s only option would sweep her back into the glare of celebrity. The consequences could destroy her father’s health, undermine the message she shares with teens, and extinguish the fragile spark of love she shares with Peter.

To salvage their relationship, Kiera and Peter must find their way back into the spotlight of God’s love, but the allure of wealth and fame may prove too strong to resist.

Here’s to everyone chasing their dream – whatever it may be. “Never give up!”

Stacy is a freelance writer with articles published regularly in local community magazines and national publications. She also writes web copy for area businesses and a monthly newsletter for a women’s health business. She blogs regularly on Land of 10,000 Words where she features Minnesota writers, and provides insights into the writing craft and industry. Past president and founder of MN-NICE, the Minnesota ACFW chapter, she is now the Area Director for Minnesota. Her debut novel, One of Me, releases June 1, 2014, through Choose NOW Publishing. And if you ask her about her 1st grandchild (born Valentine's Day 2014), she'll be happy to show you some pictures.