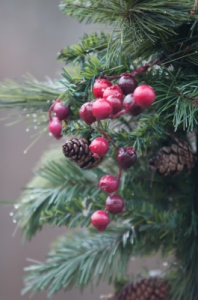 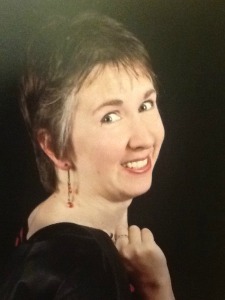 I could go on. And on. And on. It appears I’m a tad overly mushy this holiday season, and I have Marcia Gunnet Woodard to thank for that. Her sweet Christmas romance really put me in the holiday spirit. Y’all know I love short stories. I kinda think you do, too. Add in a bit of snow and some yuletide cheer (IOW, a Christmas theme), and I’m hooked.

But before you lose yourself in this great story, I wanted to let  you know my next novel is currently available for pre-order at a 25% discount! (It officially releases Jan. 5th.) You can find out more and read a free, 23-page excerpt at the end of this post.

On Christmas Day in the Morning by Marcia Gunnet Woodard

Macy shrugged and wobbled her head trying to loosen her neck muscles. She’d already put in a full day of work, and now with a couple hours of driving behind her and a couple more to go, it was starting to get dark. That was typical, though, for a winter evening.

Macy yawned and did the shrug-wobble thing again, trying to stay alert. It wasn’t working. She cracked the window and let the icy December wind blow on her face. She had to stay awake and keep driving, to get back to the little town she’d left a few months earlier. Back to what she hoped would be her future.

She remembered that day, several months ago, when she’d left Huntingberg. Distraught after a bad breakup, Macy had quit the university and moved to the city. She’d stayed with relatives while her heart mended and she got back on her feet. She quickly found a job and settled into a new church home. To her surprise, after a few weeks she rarely caught herself thinking about her “lost love,” James. Instead, she found herself dreaming of her good friend, Lance.

Lance had been saying for years that he loved her and they belonged together, but would romance destroy their friendship? Maybe, but she had to acknowledge that it was something more, and she was headed back to tell Lance that he’d been right all along—they did belong together.

There was just one catch. The whole mess with James had happened when she’d tried to run her own love life, and it had been “lesson learned.” No more telling God how she wanted her romance to be, and who she wanted it to be with! That was why she had set up a test to figure out if God was OK with her sharing her feelings with Lance. Once she told Lance how she felt, there was no turning back.

If Lance was unattached when she saw him, then God had given her the OK.

Lord, I know that’s like asking to have the sunrise in the south, but that’s how I’ll know it’s You.

She rounded a curve and there, alone in a clearing by the woods, stood a little local diner. Just what she needed! She parked and went inside, joining what were obviously late-night regulars. No small talk, she ordered a piece of pie, washed it down with a couple cups of coffee, paid her tab and tip, and left to get back on the road.

Her car wouldn’t start. Macy called the toll-free number on the car rental agreement. The phone just rang. Nobody was answering the 24-hour service line! She trudged back into the diner and asked the waitress if she had any suggestions.

“Well, Mike over there at the counter is a mechanic. Maybe he could take a look at it. Hey, Mike! Lady here has a car on the fritz. Wanna check it out?” 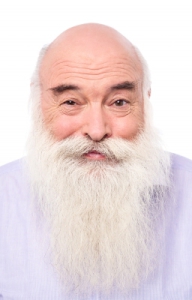 “Sure.” A big guy who looked remarkably like Santa Claus lumbered over to where Macy stood by the door. “Let’s take a look at that troublemaker.”

Outside, Mike tried the ignition, opened the hood and fiddle underneath, doing “mechanicky” stuff. Finally, he closed the hood and blew out a sigh that puffed his cheeks.

He turned back to the diner, and Macy followed him.

She approached the waitress. “I don’t know what I’m going to do. Would it be OK if I sleep in a booth until I can get some help in the morning?”

“I’d let you if I could, hon, but we close in an hour. Tell you what. If you don’t mind waitin’, after I clean up, I’ll drive you down the road to the Brier Rose motel. It’s nothin’ fancy, but it’s cheap, clean, and safe.”

Great. So much for her big, emotional reveal. Are you trying to tell me something Lord?

Visit author Mary Hamilton’s blog Monday for part two of Marcia’s sweet Christmas romance, then return to her blog on Thursday for the final segment.

Marcia Gunnet Woodard studied English and writing at Indiana Wesleyan University, and has been a published writer for over 30 years. She has written devotional and inspirational articles, newspaper stories, theatre scripts, short fiction, and children’s books. She is also a freelance editor and writing consultant. Her “day jobs”—newspaper carrier, Avon lady, barista—have fed her incurable fascination with people, and she enjoys writing to explore the commonalities and diversities of the human race. She sees her mission as using the parabolic arc of story to launch projectiles of truth and grace past barricaded minds and into walled-off hearts. Visit her online at: It’s All About Marcia, stop by her website, connect with her on Twitter @MarGunWoo, and pop by her Facebook page.

Join the conversation. What would you do if you were in Macy’s position? Would you take this as a sign that maybe God wasn’t in the romance or would you persevere? Let’s hope Macy has money for a hotel! If not, what do you suggest she do? Share your thoughts in the comments below.

But first… now for my cover reveal! 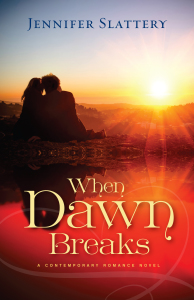 As the hurricane forces Jacqueline to evacuate, her need for purpose and restitution forces her to head north to her estranged and embittered daughter and into the arms of a handsome new friend. Dealing with his own issues, Jacqueline isn’t sure if he will be the one she can lean on during the difficult days ahead. And then there are the three orphans to consider, especially Gavin. Must she relinquish her chance at having love again in order to be restored?
Read the first two chapters here:  http://www.newhopedigital.com/2014/08/when-dawn-breaks/
Preorder it here!