Do you ever want to make time fly? Become a blogger…for Inspy Romance. It feels like yesterday I last blogged, and here I am again, scratching my head over what to write about. Goodness, a month flies between blogs! Anyway, I’m writing this post almost a week before my blog is due because tomorrow morning (22nd), hubby and I are flying to Cape Town for a week to visit my son and his wife. The two hour flight definitely beats the seventeen hours plus it takes in a car to get to our Mother City at the southernmost tip of Africa. Sigh…winelands, ocean, white beaches, Table Mountain… Guess you can tell I’m ready for this short break in this incredible city.

Because I’m away for a week and I’ve no idea what the internet set up at my son’s rented place is, I thought it best to get my blog done before I leave. Who knows, I may just find something else interesting to blog about while I’m relaxing in the winelands of the Western Cape, and if that happens, I might just rewrite this blog. If I don’t, and you’re still reading this particular blog today (27th), then know that I most likely didn’t get the time to do another blog and/or I decided to roll all those wonderful thoughts and experiences over to another blog. After all, this beautiful part of our country inspired this great story so I’ve no doubt there’ll be many things to share with you. 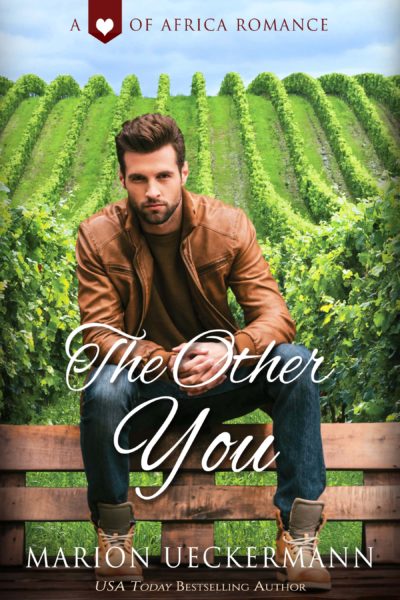 Today, I’m giving you the rest of the blog I’d written last month…you know the blog where I had no clue what to write about…

I’d intended giving you all the first scene from my upcoming release, A Time to Push Daisies, which is scheduled to release on September 12th in the Somewhere Beyond the Blue box set. However, the I-don’t-know-what-to-blog-about turned out too long to still add an excerpt. And speaking about my Black Blog with its #giveaway…I haven’t forgotten. Soon as the set is ready to release, I will draw and publish a winner. Plus, I’ll draw another winner from this blog. So two readers (one from last month, one from this blog) will stand a chance of winning an e-Copy of Somewhere Beyond the Blue as soon as it releases. 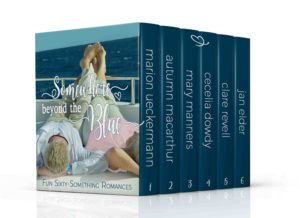 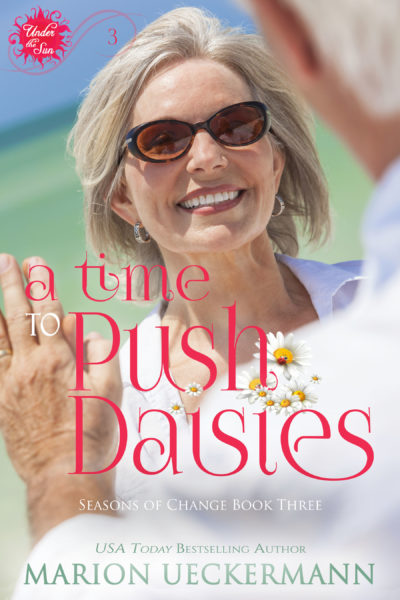 CALEB BLUME shuffled outside onto the wooden deck of his posh Camps Bay apartment feeling three decades older than his sixty-two years. Raising the glass of sparkling water clutched in his hand, he toasted the African sun, slowly inching its way toward the watery horizon of the Atlantic. The summer solstice having passed merely days before, the golden ball wouldn’t set for a few more hours.

“Merry Christmas, world.” Even those few words sapped his breath. But then he had just walked twenty meters from his living room without stopping to rest.

He sank into the comfort of the reclining patio chair, made of weather-resistant rattan and topped with ivory-colored cushions. From his lofty home, Caleb narrowed his gaze to stare at the azure ocean below, frothy waves lapping the white beach. Would this be his last Christmas on this earth? Or would he live to see another? Not if a suitable donor heart didn’t soon become available, that much was certain considering his declining health.

He pursed his lips. His bitter snort resonated. How his life had changed. Pitiful. Sitting here waiting for someone to die, so that he could live. Or at least have a fighting chance at life.

Gone was his carefree bachelor lifestyle. Gone were the parties and “friends”.

He had never felt so alone in his entire life. If only he didn’t live so far away from his brother in England.

“Janine…” Caleb barely had enough volume to call his nurse.

Thankfully the forty-something woman’s ears were tuned to his every call. She hurried through the wide opening, the frameless sliding-folding doors that gave security and shelter during the night pushed open wide, merging his home with his garden deck.

“Could you bring my cell phone to me, please? I need to…return my brother’s call,” he sucked in a deep breath, filling his lungs, “before Christmas is over.”

When Joshua had phoned earlier, Caleb had still been asleep. He’d put off phoning back, knowing Joshua would be at church with his family, after which his brother and his wife, Viola, would be frantically busy cooking their traditional Christmas fare for the family. He would have loved to be spending this particular Christmas with his brother and nieces, seeing as it could be his last, but traveling for him was out of the question for quite a while. By now though, his English family’s Christmas dinner should be finished, as should washing the dishes and cleaning up—what with seven daughters there to help.

After first making sure that Caleb was comfortably reclined, Janine hurried back inside, soon reappearing with Caleb’s phone. She dialed the number then handed the device over.

“Caleb!” Joshua’s voice boomed through the speaker. “Merry Christmas. I tried to call you earlier.”

“I know. Merry Christmas…to you…too.” Caleb gasped for a breath.

“How are you doing, brother?” Concern edged Joshua’s voice. “Do you need help? I could fly out, or one of the girls could—”

Caleb shook his head, even though Joshua couldn’t see. “I’m…hanging on. Enjoying the…sunshine.” The fresh, salty smell of sea air filled his nostrils as, once again, he breathed in deep. “How are the…girls?”

“They’re all doing just fine. Getting married one by one. Oh, did I tell you I’m going to be a grandfather again?”

“No. Who’s expecting?” An ache formed in his chest. While life was flourishing for the Blume’s in England, he was dying a slow death on the other side of the world. Alone. He envied Joshua having a legacy to leave behind. Caleb on the other hand would leave nothing. No wife or children to mourn his passing. He would have loved to have a son, a wife. Perhaps he should’ve sought someone to share his life decades ago. Too late now—for children and for love.

“And you’re only…” He sucked in a breath. Maybe he should ask Janine to bring his oxygen bottles. “…telling me now?”

“We only just found out. Maggie and Davis have managed to keep it a secret for five months. They wanted to get way past the first trimester, and then it wasn’t that long until Christmas, so they decided to save the big news for today—thought it would be more special.”

“A wonderful gift. Congrats to…you all.”

Caleb closed his eyes and swallowed hard. His lip quivered, and he clamped it between his teeth, holding it in place. “I–I am. Send my love…to the girls.”

“I will.” There was a pause before Joshua continued. “Caleb, I’m praying for you—for that new heart.”

No doubt, Joshua didn’t only mean the actual organ. He’d been preaching to Caleb about getting his heart right with God for years. Maybe if he had listened, the one that beat so sluggishly in his chest wouldn’t be dying a slow death.

Was it too late to try a little prayer too? It surely couldn’t hurt. He raised his gaze heavenward.

Oh God, if You save me, if You get me a new heart, I will spend the rest of the days You give me on this earth, living for you. Somehow, I’ll learn how to.

“Caleb? A–are you still there?”

An incoming call beeped in his ear, and his heart thumped against his ribs—just as it always had in the past few months every time the phone rang. Every time he’d been disappointed. No doubt this call would be no different.

They said a hurried goodbye before Caleb answered the interrupting call. “Caleb Blume.”

“Mr. Blume. Are you sitting down?” If Dr. Le Crouse, his cardiologist, was excited about something, he didn’t show it, his voice as monotone as always. And for sure, the use of his surname was merely for effect. His doctor had called him by his first name from the moment Caleb had insisted, and only used his last name when he wanted to make a point.

“Well, I’m glad to hear that you’re an obedient patient, but you might want to get up and hurry over to Christiaan Barnard Memorial Hospital. You’re being given the best Christmas present of all.”

Caleb eased forward. He swung his legs around, and his feet fell to the deck with a soft thud. “W–what?” Could it really be that he was finally getting the one thing he wanted? Needed? A new heart.

“A perfect match, at last. Your new heart is being harvested as we speak and will be flown to Cape Town. You’ll be on the operating table within four hours.”

“Th–that’s wonderful news.” Caleb choked, surprised to be this emotional.

“Are you able to get to the hospital, or must we arrange for an ambulance transfer?”

“I–I can get there.” This was one of the reasons he had 24/7 care. Janine also drove him where he needed to go.

“Good. And, Caleb, I know it’s Christmas, but don’t eat or drink anything from now. Please.”

Caleb paused for a moment after cutting the call. He bowed his head, first in thanks to God for answering his prayer so swiftly, and then out of respect for the one who had lost their life. Did they have a husband, a wife, children, whose Christmases would never be the same again? For them, the sun had set. For him, it was about to rise.