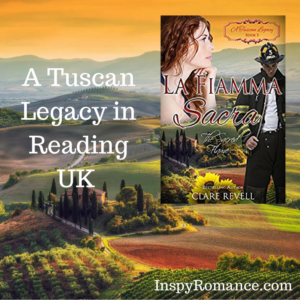 I’m Clare Revell, a British author. I wrote book 5 of A Tuscan Legacy – La Fiamma Sacra: The Sacred Flame. It tells the story of the second eldest Rossi – Ric and his downstairs neighbour Bracken. Like all the books in A Tuscan Legacy series, it’s based on a song. The version I prefer I can’t find on line anywhere—the Russell Watson version from his album Amore E Musica. But this one is a close second.

Ric is a firefighter. Over here the shifts are vastly different to those in the US. Ric does 2 days, followed by 2 nights, followed by 4 days off. There are 4 watches per firehouse, known as Red, Blue, Green and White. However the dangers of the job remain the same. Every time the bells go off, there is a risk someone might not make it home again. 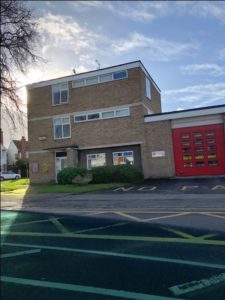 Ric and Bracken live in Reading, which is where I live. Ric’s fire station is my local one. And the ruins of Reading Abbey which play an important part in the La Fiamma Sacra played an important part in my life as well. It might be the same part, you’ll have to read the book to find out. 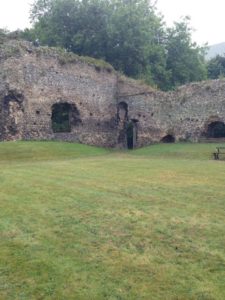 Before the trip in book one, Ric hadn’t been home for several years. He had a serious argument with his father and left. Honestly he says he doesn’t miss Italy – he’s fallen for the British weather, his cute neighbour, her adorable son and the British food. I can neither confirm nor deny that Ric’s cat is based on our cat. Although seriously, Ric’s cat is way friendlier than Tilly, who’s more of a people eater than a people person—not to mention a chair thief. Stand up for a second and Tilly sits there. Ric named his cat Schiaccianoci which means Nutcracker. It’s Noci for short.

His favourite hymn is Everlasting Arms, which he sings a lot in the story. We learnt this one recently in church – yes they go to the same church that I do. The church away day is one we do each year.

Bracken has long wavy red hair and a cute son Deforest who is six. Like her brother Rowan and sister Willow, they are named after trees – a tradition on her mother’s side of the family. Ric comes up with some great names for any children they might have…named after the things grown on the family farm in Tuscany. Some work, some don’t. Bracken was widowed when Deforest was a baby and is naturally scared of falling in love again, never mind with someone who literally throws himself in death’s way every time he goes to work.

We have a website here and a series page here in the UK and US where you can find all the books. I’ve read 5 of them so far and they are all wonderful. 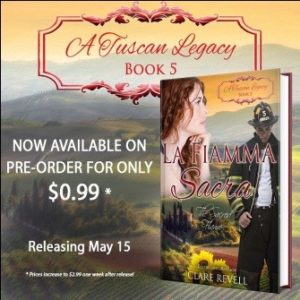 You can find the book on the UK and US sites.

Like Ric I wasn’t born in Reading, but if we hadn’t moved here when I was a teen, I’d never have met my husband. Perhaps things like that are more common to more of us than we realise. God has an overall plan for us, that we can’t see when looking at the little pieces. Has anything like that happened to you? Or maybe you have a pet with a weird habit or strange name.

I have a Kindle copy of La Fiamma Sacra to give away to one commenter. The giveaway will close on Saturday and the winner announced in the Sunday Edition on April 22.