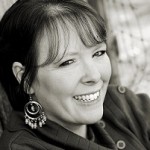 I read my first Ronie Kendig book, Firethorn, in 2012. It didn’t take me long to get hooked on her fast-paced, heart-pounding style. I promptly bought the three preceding books in the Discarded Heroes series. I also had the privilege of meeting her ever so briefly at an ACFW (American Christian Fiction Writers) conference. I was nervous before a 15-minute session with an agent/editor, and I went to the prayer room where she was. She offered to pray for me. I’m not real sure why that stuck in my mind, but it did. I guess I appreciated her willingness to pray for a stranger. I have become a huge fan of Ronie’s so this month I wanted to showcase her, along with her newest release, Raptor 6, here on InspyRomance.

Now to be fair, Ronie’s books are not straight romance. They are suspense with a hint of romance, but I’m a die-hard romance reader (as well as writer), and I love her books, so I think you will too.

Without further ramblings from me, meet Ronie Kendig. 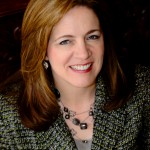 An Army brat, Ronie Kendig grew up in the classic military family, with her father often TDY and her mother holding down the proverbial fort. Their family moved often, which left Ronie attending six schools by the time she’d entered fourth grade. Her only respite and “friends” during this time were the characters she created.

It was no surprise when she married a military veteran—her real-life hero—in June 1990.  Married more than twenty years, Ronie and her husband, Brian, homeschool their children, the first of whom graduated in 2011. Despite the craziness of life, Ronie finds balance and peace with her faith, family and their Maltese Menace in Northern Virginia.

Ronie has a deep love and passion for people, especially hurting people, which is why she pursued and obtained a B.S. in Psychology from Liberty University. Ronie speaks nationally, volunteers with writer’s organizations, including American Christian Fiction Writers (ACFW) and My Book Therapy, and mentors other writers.

Since launching onto the publishing scene in 2010, Ronie and her books have hit bestseller lists and garnered awards and critical acclaim.

ME: You’ve recently adopted a retired MWD (Military Working Dog). Could you tell us why you chose to adopt Vvolt, and how he is assimilating into your home?

RK: During my research of military working dogs, I was devastated to learn that prior to 2001, all MWDs were put down after their service. In Vietnam, all the dogs were left behind when our troops returned home. We love having pets in our home, and we have a love of the military (Brian served and comes from a long line of patriots, and I grew up an Army brat), so it was a natural segue to want to adopt one. It took us almost a year from the time we submitted our application until we brought Vvolt N629 home. He’s doing quite well with our “pack,” but he’s a bit skittish around children, who tend to be unpredictable. For this reason, retired MWDs are not adopted out to families with children under the age of 8. Vvolt has attached himself to me—he constantly stays within visual range but most often is within a few feet of me. He’s a goof and a lover, but he’s also clearly NOT a pet. There’s a distinct difference, we’ve noticed, in that regard.

ME: As I read about MWDs in A Breed Apart series and your time with Vvolt, I made the decision that when my current baby (a mini Australian Shepherd) moves on to doggie heaven that I want to adopt a MWD. I loved the A Breed Apart series. Will there be more “dog” books now that you have your own MWD?

RK: I really hope so! I spent years researching military working dogs, but owning one has given me a much deeper and larger appreciation of the amazing combat canine. I would love to do a series with a hero who has is own MWD named Vvolt. :-D 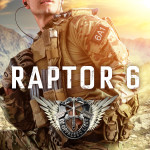 ME: I look forward to a new MWD story. Tell us a little about your newest series, The Quiet Professionals.

RK: This new series features the Special Forces team, ODA452, who played a significant role in the A Breed Apart books. In this series, however, ODA452 goes black ops and takes on a new name—Raptor team. I really loved the team dynamic that readers saw in the Discarded Heroes, which is why I returned to that in Quiet Professionals. But this team is different, more tumultuous, but no less committed to each other and the team.

The first novel has a strong theme of unconditional surrender and trust. I also am doing something new in this series, where the thread of what is threatening the team carries through all three books. It’s challenging, but I hope it resonates with readers.

ME: It sure resonated with me, but more about that later. Ronie is an unusual name for a female. Is there a story behind it?

RK: Well, it’s part of my real, full name—VeRONIca. My mom named me after the woman in the [Catholic] Bible who wiped the face of Jesus while he walked the Via Dolorosa. But I’ve always felt Veronica was a bit stiff and formal, so I started using the childhood nickname my mom’s Irish family gave me—Roni. But I wanted it to be unique, so I added the “e” to the end. When I stepped into publishing, my agent said he wanted me to use Ronie because some might assume it’s a male writer and we’d gather more readers. That’s quite true—I often get e-mail or correspondence addressed to “Mr. Kendig.”

ME: Interesting story. I would never have visualized you as a Veronica, but Ronie certainly fits. You have a serialization releasing in July. What exactly is a serialization? What is it about?

RK: This is a ground-breaking concept created by the brilliance at Barbour Publishing. Operation Zulu: Redemption is a 5-week serialized novel—meaning, just like your favorite TV dramas, readers will get an exciting new installment each week that will be approximately 40k words (that’s almost two novellas). In the end, this serial will be around 200k words, which is the equivalent of TWO full-length novels.

Here is the official blurb for the series:

They weren’t supposed to exist.

In the aftermath of their first highly successful op, they discover a horrible tragedy—dozens of innocent civilians and children—are dead at their hand. Too late, they realize they have been pawns in a power-play by those in authority.

Fearing for their lives, Zulu members vanish. Under assumed names and spread across the globe, they live in relative but isolated peace and yet, haunted by the past. Terrified of being discovered. Over the years they’ve hidden, they believe they’re safe.

Until two of their team are murdered.

The remaining members of Zulu must regroup and figure out who is targeting them, but more importantly—how to stop their enemy before it’s too late.

ME: Wow! I look forward to it’s release. I’ve met a number of writers in the last few years, most of whom are “normal” people (at least normal to a fellow writer). How do you keep the success from changing you?

RK: Ya know, I’m a person who thrives on affirmation, so if it were up to me, I’d have affirmation pouring in right and left. But God loves me too much to let that happen, because He knows I’d get puffed up. And really, this industry is just tough—whether you have publishing houses rejecting your work or readers giving you scathing reviews, there is enough “negative” out to there to keep writers humble. It makes us that much more willing to savor and appreciate the positives.

ME: I’m an affirmation junkie as well. :) You always have a touch of romance in your novels. Are you a romantic at heart?

RK: For years, I wrestled with this. I didn’t want to be a romance writer because I had a negative view of them. But I finally realized that if there isn’t a romantic element in a book, I’m usually not interested. I came to realize that the ultimate romance—God wooing us—can be healthily mirrored in fiction. And yes, I am a hopeless romantic. I’m also one who wants everything to everyone to be happy, even though I often put my characters through the wringer.

ME: Yes, you do put those poor characters through a lot before they can be happy. You’ve won a number of awards for your books. Does the awe that people like your writing ever wear off when you’re nominated and then win?

RK: No, it doesn’t wear off, and I hope it never well. As I mentioned earlier, being a writer is hard work. And it’s lonely, so knowing that someone out there connected with something you wrote in a dark cave makes the journey worth it. Hearing that someone sees things differently, or that they were given things to think on—that’s what it’s about for me—Opening dialogue. But there are definitely times when I’m shocked that someone actually “got” what I meant in a scene or story. And there are hidden nuggets that even I don’t see, but God secretly wove into that story for someone in particular. That makes writing beautiful and worth the lonely hours.

ME: Thanks for joining us today. It was great getting to know you a little more.

For more information about Ronie and her books, visit her site at www.roniekendig.com.

As promised above, here is my review of Raptor 6, Book 1 of the Quiet Professionals series.

It took me a few chapters to get into Raptor 6, but then I was hooked by Ronie’s writing, as usual. She  manages to take us to the dark places we rarely think about, and would prefer not to experience, to give us what I assume is a fairly accurate portrayal of life as a special forces member–the dangers they face every day as they fight for our freedom. The romantic in me would have preferred a bit more romance, but it wouldn’t have fit the story line. Kudos to Ronie for another excellent story that reveals the reality of life in the military.