Good morning, InpsyRomance! If you saw my post on Sunday (or follow pretty much any Christian author on Facebook/Twitter/Instagram/etc.), you know that last weekend was the annual American Christian Fiction Writers’ Conference. This year it was held in Dallas at the Hyatt Regency at DFW. Someone (I think it was Ginger) summed up one of her conferences earlier this year and I thought I’d do the same. So…here it is… 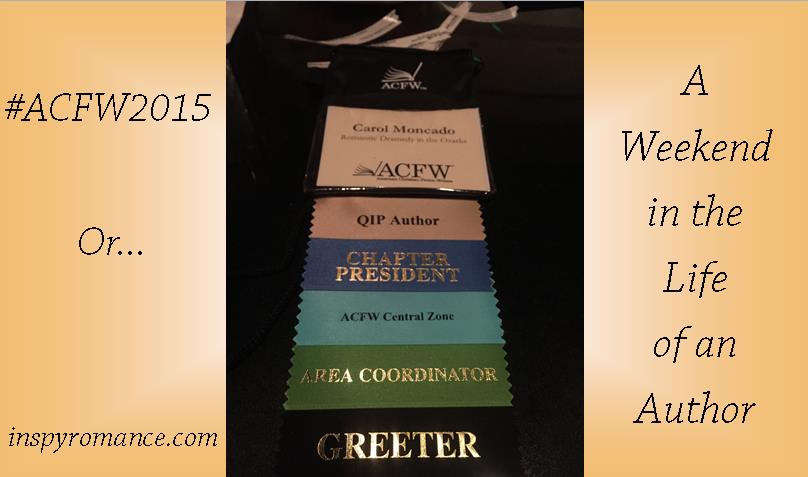 And in 336 days, we’ll do it all over again. In Nashville. And hopefully without the wet carpet ;). 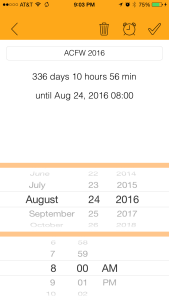 Yeah. I’ll do it all over again.

Did you recognize any of this? CANDID, the writers’ organization in my CANDID Romance series, is very loosely based on ACFW. What do you think would be your favorite part of a conference like this? Or something similar you go to. One lucky commenter will receive Kindle copies of books 2 & 3 (Finally Mr. Write and Falling for Mr. Write) – book 1,  Finding Mr. Write, is free on all platforms. Winner will be announced Sunday, September 27.