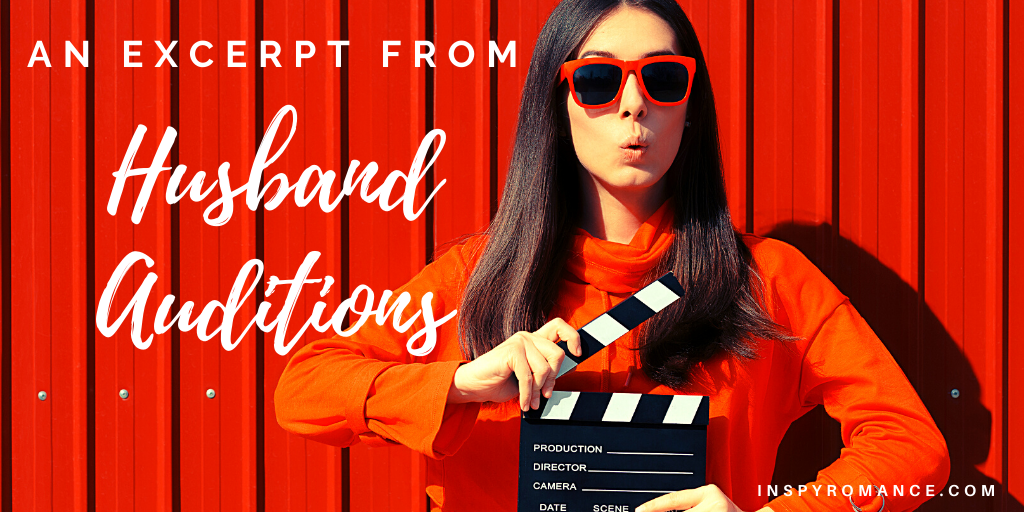 I’m excited to announce that I signed a contract for my romantic comedy Husband Auditions. I finished writing this book over a year ago and have been talking about it since, so you might not have even realized I hadn’t sold it yet. The truth is that this book helped keep me going through chemotherapy. I didn’t have the creative energy to write, but I’d lie in bed and relive Kai and Meri’s story in my head, just imagining the day when I would get to share it with you.

Finally, it’s official! Husband Auditions will be published by Kregel and will most likely release June 2021. 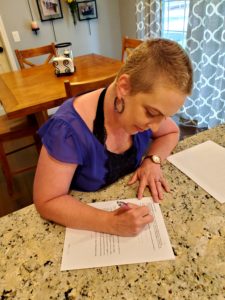 If you haven’t read my previous 10 fun facts about the book, you can do so by clicking here.  Or keep reading for an excerpt.

“What kind of list brings love? Is it from the Bible? The Proverbs 31 wife?”

Not even close. “It’s from a 50’s issue of McCall Magazine. Ideas on how to catch a husband.”

My brother’s eyebrows arch. He sets the card down to unfold the thin, yellowed pages ripped from a magazine by Roxy’s grandma once upon a time. Roxy was the first of our group from college to get married, though I doubt it had to do with any suggestions from The List.

Charlie smooths the creases. “Number one. Get a dog and walk it.” He looks up, hazel eyes lacking any humor. “I have a strict no pet policy.”

My suspicions of him being heartless are confirmed. “I’m not actually going to try these things.”

“First of all, you’re not allowed to say mate unless you have an Australian accent.” I wrinkle my nose at the word. “Second, it’s not serious. It’s supposed to be more of a good luck charm, passed around from friend to friend since we attended nursing school. I am both offended that I’m the last to get The List and by the fact that Anne thinks I need it.”

Charlie lifts a shoulder. “There might be more to this than luck. Remember, G.G. grew up in the 50’s, and she caught herself three husbands.”

“Scandalous,” Kai chimes in. Probably not talking about Sponge Bob anymore. “Who is this GiGi woman?”

I wave him back to his computer. “G.G. is short for great-grandma, and she only remarried after the first two husbands died. Nothing scandalous about it.”

Though I can’t help wondering if she ever found her one great love. If she’d loved her first husband as much as my mom loved my dad, wouldn’t she have stayed single like Mom did? Or maybe it was too hard to be a single mother in those days. I shouldn’t judge.

Charlie points to the pages from the magazine—proof that women in the 50’s were anxious to wed. “The point is that she did remarry.”

I shake my head. I’d showed Charlie these pages so he’d understand where I’m coming from. “Keep reading. Walking a dog is normal, but it gets weirder.”

“Number two.” He clears his throat. “Have your car break down at strategic places.” He sets the papers on the counter. “Okay, that might have been safe in the 50’s, but I don’t want you doing that now. If your car breaks down, call me. Or Kai, since I’m leaving tomorrow.”

“Nope.” He taps at his keyboard with finality. Apparently, surfers look down on practical modes of transportation.

“Okay then. Call Triple-A when your car breaks down. I’d help, but I’ll be out of the country.”

“I know.” He’s acting like an older brother even though he’s four years younger. He thinks I need protecting. Just like Anne thinks I need help with relationships.

It gets much, much weirder than walking a dog. Mwahaha. I seriously can’t wait to share more.

For now, I’ll just be keeping you updated on any title changes, cover designs, and pre-order sales. I’m also going to give away a digital download of my entire Resort to Love Series to one reader who answers the following question:

What is the weirdest thing you’ve ever done to attract attention from the opposite sex?