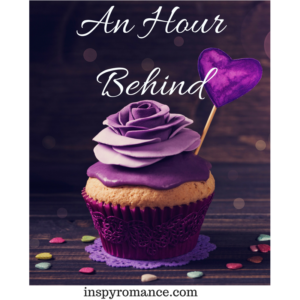 Have you ever taken a second chance on love?

Recently, I watched the cutest romance movie. It’s called An Hour Behind  and it reminded me of my Bakery Romance Series. When Trish, a cupcake baker, is set up for a blind date for breakfast, she doesn’t arrive on time. Her watch was not set for daylight savings time. When she arrives an hour late, her blind date has already left. She then mistakenly believes that Parker is her blind date since he’s dressed in the same clothing that her blind date was supposed to wear.

Parker is initially too stunned to correct Trish’s mistake. He’s attracted to her and he doesn’t want the magic of their first date to end.

The movie tells about the work and love lives of both Trish and Parker. I loved watching Trish bake her delicious cupcakes. Baking is one of my passions and seeing Trish work in her bakery was an added bonus to this nice movie.

Parker is a paramedic and you see him interacting with his cronies at the station. Their friendship is sprinkled with false assumptions, second chances and a bit of faith. While watching this movie, you’ll find yourself rooting for both Trish and Parker as they deal with past pains as they get to know each other.

An Hour Behind was a movie about dating and second chances. Oh, there’s also a serious cupcake competition. Trish is determined to win, and it’s sweet, literally, to see her prepare her cupcakes for the contest. She’s anxious to win the grand prize. Her dream is to open a second bakery with the prize money – if she wins.

So, have you ever ended a relationship with your significant other and then later given that person a second chance at love? 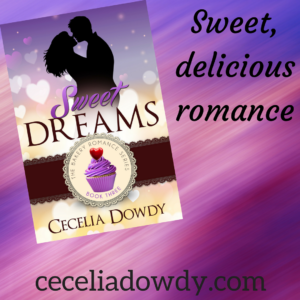