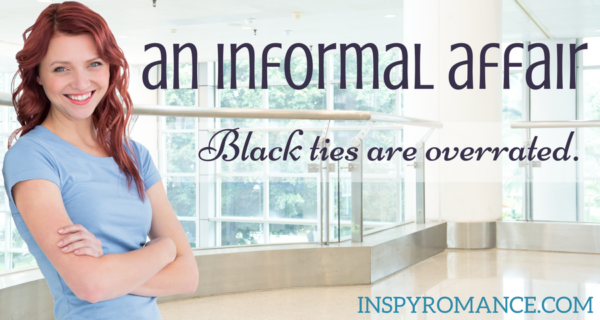 I was given a fabulous opportunity to work with a fun group of authors to pull together a box set of contemporary Christian romantic comedies. When I thought about whose story I should write to go into that set, I knew immediately that it would be Lia’s story and that her search for love would take her through the wild and wacky world of online dating.

That seed of an idea was followed by brainstorming sessions with friends, a few late nights with too much coffee, and a handful of out-of-control strokes of that nifty red pen. (Rinse and repeat.) And voila – An Informal Affair was born. 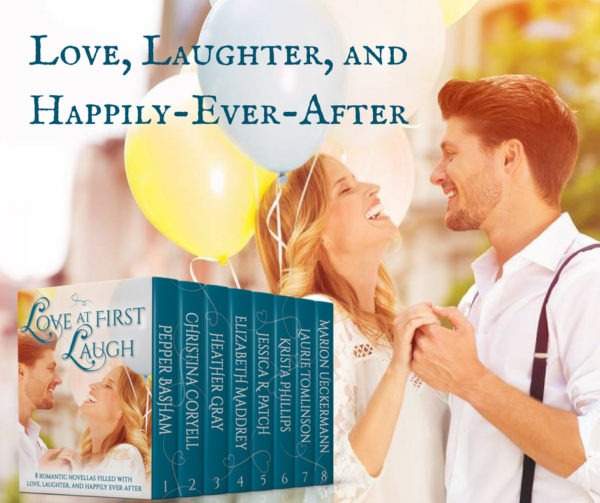 I hope you’ll enjoy getting to know Lia and Maverick as much as I did.

I’m sharing an excerpt today, and I have to tell you – I had the hardest time picking one to share. There are so many scenes in this book that I love, but I decided to go with this one even though you don’t actually get to meet Maverick in it.

Maverick’s younger sister brought a couple of men from work to the family picnic in an attempt to fix Lia up. Only, Lia doesn’t realize she’s being fixed up, and Watts (Maverick’s sister) doesn’t realize that one of the men she brought for Lia actually has a crush on her.

Maverick’s younger sister tugged Lia out to the back patio. “Lia, meet Jacob and Wesley.”

Lia peered from Watts to the two giant men standing by the outdoor grill. What on earth was that girl up to? “Nice to meet you.”

One of the men looked like he’d rather crawl under a bed of nails than be stuck talking to her. The other had eyes that danced and twinkled in the noonday sun. Lia didn’t know which was which, though. Watts hadn’t bothered to elaborate before running off with a shout of, “Ferris!”

The smiling one quirked an eyebrow. “Ferris? Who’s that?”

Lia waved in the general direction of the house. “Her brother.”

“I thought Maverick was her brother.”

“She has more than one.”

He nodded before holding out his hand. “I’m Jacob, by the way. This one’s Wesley.”

Lia shook the proffered hands. Wesley had to be within spitting distance of twenty like Watts, while Jacob outpaced them both by a good decade or so. “What brings you to the DC area?” 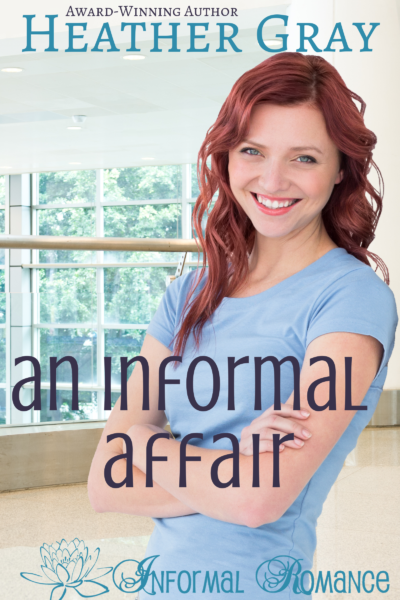 Jacob tossed a glance at the younger man before shaking his head. “So her name’s Watts. She has a brother named Maverick and another brother named Ferris?”

“And the Rottweiler you see sunning himself on the other side of the yard is Rambo Two.”

Maverick’s scowl made its way into her line of sight as he moved across the lawn. “Um, yeah. He’s in doggie heaven now.”

Wesley found his voice. “I don’t get it. What’s the big deal with the names?”

Jacob grabbed a soda out of a nearby cooler and tossed it to Wesley. “You’re too young. Don’t worry about it.” Then he gave his attention back to Lia. “For the record, I’m too young, too, but I grew up with a mess of older brothers.”

“Brothers might explain how you recognize the names Maverick and Ferris. Even Rambo. But Watts? You’re not secretly into chick flicks, are you?”

“Yeah, I sit up late at night with my pink slippers while I eat ice cream out of the tub and watch girl movies.” He rolled his eyes. “So what is it with this family and the ‘80s?”

Jacob’s puzzled expression brought a smile to Lia’s face. “Mr. and Mrs. Hoyt love the ‘80s. They even used to have a cat named Buttercup.”

Lia chuckled. “Sadly, there was no sequel.”

You can read An Informal Affair in the Love at First Love box set.

It releases March 6th, but you can click here to pre-order it for 99c.

One person will be randomly selected to win a $5 Amazon gift card.

To enter, comment below with an answer to this question:

What’s your all-time favorite movie? And why do you like it so much?