An Informal Introduction is here.

Lily and Caleb have run into a few problems along the way. Or their author did. I guess I can’t blame the characters for formatting issues, right? Or procrastination in editing.  Or trouble making the cover. Or an overcommitted calendar that left me feeling like I needed to be committed…

Poor Lily and Caleb.  They’ve had a lot to put up with getting stuck with me for an author! ^_^

Alas, their story is finally ready, and I can’t wait to share it with you! 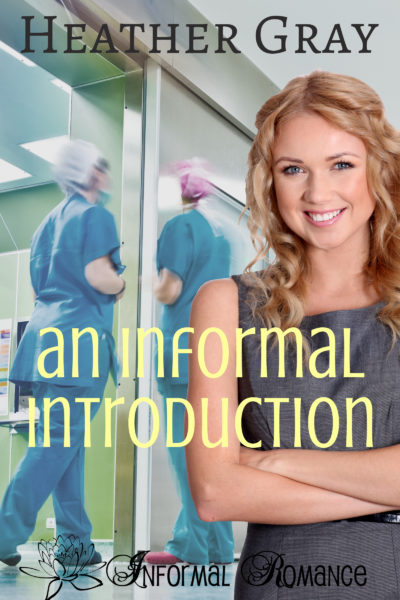 She saves lives. He protects them. And someone’s trying to stop them both.

Lily Ziminski is an ICU nurse near the nation’s capital where politics are a regular part of hospital policy. Assigned a series of high-profile patients, she finds herself an unwilling focus of the media. Lily would much rather do without all the attention…except where one cowboy-hat-wearing state trooper is concerned.

Caleb Graham runs into the same captivating nurse twice in one day, and he’s not a man who believes in coincidence. When problems at a local impound lot force him into the middle of a bizarre case that threatens Lily, Caleb will stop at nothing to protect her.

From a stranger in a parking garage to Secret Service agents, surprise chases Lily around every corner. In the midst of the chaos, she has two constants – her longtime faith in God, and her growing attraction for a silver-eyed trooper.

And a sneak peek at Chapter One…

As if the flashing lights in her rearview mirror weren’t enough, the trooper turned on the siren, too. Lily cringed and slid down in her seat like a teenager hiding from prying eyes. Of course, her teen years were long behind her, and any eyes intent on prying would need night vision goggles to see her. The sun hadn’t yet kissed the eastern horizon.

She slowed and sought a place to pull over, no small feat on this narrow stretch of Lee Highway. Spotting a patch of grass to her right, she steered her silver two-door sedan as far over as she could and cut the engine. Her fingers drummed a rhythmless beat on the steering wheel as she waited for the trooper. He was probably busy checking with dispatch to make sure she wasn’t a mass murderer. Because, clearly, rampaging homicidal maniacs drove nondescript cars on the way to the hospital in the wee hours of the morning.

In all her years traversing this road, Lily had never seen a state trooper on this particular stretch. Until today. Good thing she’d left early for work.

Thank you, God, for getting me up and out the door when You did.

The trooper climbed out of his cruiser and approached her parked vehicle. She hit the button and listened to the almost imperceptible hum as her window slid down. The grey of his uniform would have blended into the night were it not for the illumination of his headlights and his car-mounted spotlight. As it happened, they blinded her enough that she couldn’t catch much more than the color of his clothes and a hint of his shape.

“License and registration, please.” The voice was impatient. Tired, too. He was probably at the end of his shift, which meant she had little chance of winning the argument, but she wouldn’t let that stop her from trying. 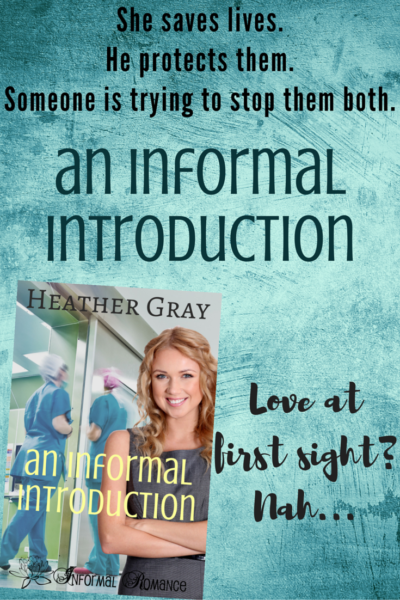 So much for the serve part of public service.

“Can you at least tell me why you pulled me over?”

“Give me your license and registration, ma’am.”

Heat swept through Lily. It’s not like she’d asked a difficult question. “How do I even know you’re a state trooper and not some crazed rapist who’s trying to get my address so he can break into my home?”

The trooper’s shadowed mouth hinted at a smile, and his eyes morphed from intense pinpoints to… Hm. Eyes couldn’t be huggable, could they?

Who was she kidding? She couldn’t even see his eyes. Her imagination had to be on overdrive.

“Well, ma’am, most people consider those flashing red and blue lights as proof enough that I’m one of the good guys, but if it would make you feel better, I’d be happy to go turn the siren back on, too. I doubt crazed rapists announce themselves with police sirens.” Now that he was speaking in actual sentences, Lily picked up a hint of honeyed Southern drawl dancing along the edge of his words. She never could resist Southern charm — real or imagined.

“Here.” She handed him her driver’s license and the other paperwork from her glove compartment.

He examined both and called her license information in, using the small radio strapped to his left shoulder.

“For the record, I did nothing wrong.”

He stepped back from her car and listened carefully to whoever was on the other end of the radio. If it was even a real person. The garbled, static-like squawking left that in doubt.

Once the radio quieted, the trooper began entering information into a form held in place on his clipboard.

Fantastic. It was never good when they started writing. Not that she had enough experience to know… 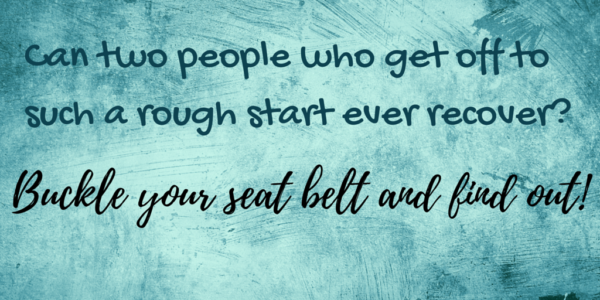 Click to pre-order your copy of An Informal Introduction for 99cents!

You can also take a peek at Book 2 in the series (An Informal Arrangement) here. :-)