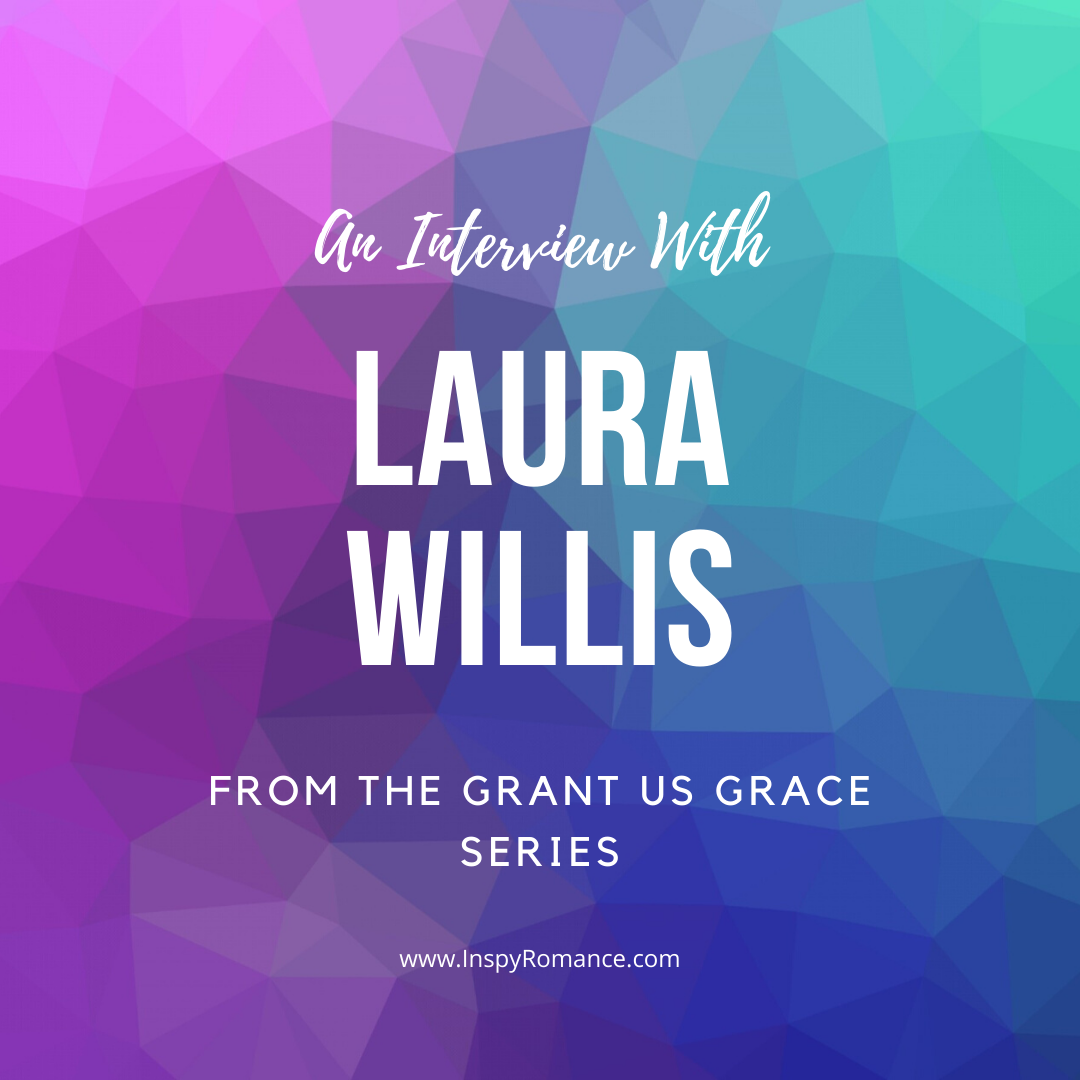 Hi, everyone. I’m Laura. I’ve visited with you before, but it was quite a while ago. I’m super excited to be back!

So much has happened in the almost six years since we first met. But I guess I shouldn’t talk about that–spoilers, and all. Right?

(Although, a quick check with Elizabeth and she assures me you’re all smart and realize that, since she writes about relationships beginning, it’s safe for everyone to assume there are happy endings when all is said and done. So that’s good.)

Lydia Brown and I were best friends for a lot of years. It was her, Kevin McGregor, Matt Stephenson, and me. Everyone knew Kevin had a thing for Lydia–even Lydia–but she always brushed him off. He took it pretty well, although he never could let go of the idea that she was the woman God had for her. Like people know that in high school.

I was convinced Ryan was the man for me. We dated in high school and while he was in college and I was in beauty school. Then we got engaged. Planning that wedding was like a dream–all I could do was think about walking down the aisle to marry the man I thought was the love of my life.

Until I walked in on him making out with my best friend.

That’s right–he and Lydia had been going out behind my back for a long time.

Needless to say, I lost my fiance and my best friend that night.

In the end, God had someone even better for me though–and it took Ryan’s betrayal for me to be able to see it.

And Lydia? Well, she got hers. (I can say that now. We’ve mended fences–but boy, she really ended up going through some deep, deep valleys. Apparently when you make the conscious decision to turn away from God and do what you want, sometimes the consequences that come back to roost are hard.)

And you know what? In the end, God had someone better for Lydia, too. (Because let’s be real, Ryan? He’s not the best for anyone. He still doesn’t have any problem dating more than one person at a time. Honestly, I don’t know how I thought I loved him. I guess some people can go to church every Sunday and youth group every Wednesday and not ever really let Jesus make a dent in their hearts. It’s sad.)

Kevin and Matt have been constant friends. And Kevin had a friend Allison who he met in college. She’s a lawyer now–and that ended up being a good thing. Not only for the legal advice, but because it brought her back into Kevin’s sphere and into our big group of friends.

Allison’s fun. And she has a serious crush on her coworker Phil. Plus, they’re helping the sweetest little teenager. She’s expecting — so not exactly what her dad was hoping for — and it’s kind of a mess. Phil and Allison don’t say much (it’s that confidentiality thing), but Lindsay is a talker.

Turns out, Phil has a sister, Karin, and she’s a pediatric nurse. That was good for Lindsay! Karin wasn’t so sure about Jesus, but hanging out with Phil and the rest of our little group got her hooked in to church and she started to see that maybe Jesus was what she’d been missing in her life. Well, Jesus and this hot doctor at the hospital. Jason’s great. And he’s a strong believer, too, which is neat. (Although, his faith actually has him questioning his attraction to Karin, because really…didn’t we all get the lecture about missionary dating?)

Anyway, it’s a great group of friends, and I’m grateful that they’re all in my life.

And that kind of brings us right back around. Full circle. 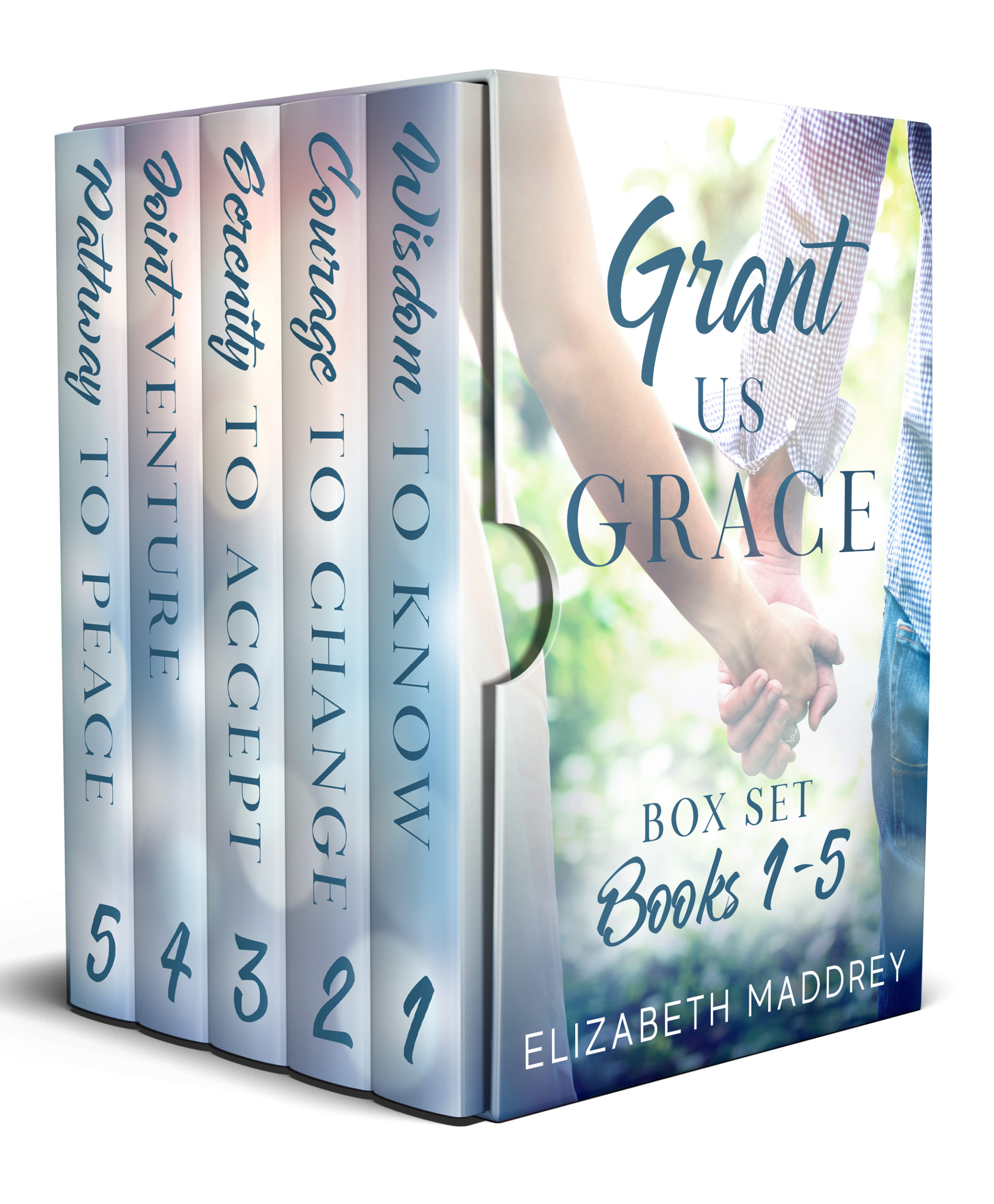 If you’d like to get the full scoop, then you should definitely check out the collection Elizabeth put together. It’s all five of our stories (Lydia, Allison, Karin, Me, and Lindsay — plus the guys, of course) in one convenient package.

I hope you’ll take the time to read our stories if you haven’t already.

And I hope that sometime I’ll get a chance to come back and see you all again. But for now, I need to run — I think one of the girls got into the glitter glue again. Mom life, you know?

The Grant Us Grace Box Set is 99 cents through the month of June. (And it’s always free if you’re a Kindle Unlimited subscriber.)

Have you read any of these? If you have – do you have any favorite bits? If not — was there one story that stood out to you as intriguing?