I’ve had cats and dogs in my novels, even a hairless cat, but in The Art of Rivers, I wanted to have a more unusual pet. I asked my good friend who is a veterinarian for suggestions. She had a friend with a possum. (Technically, they are opossums, but in Mississippi with don’t say or spell it that way, ha!) At first, the idea kind of grossed me out. I’d only ever seen the animals on the side of the road, but I decided to interview the owner. After our talk about her Templeton, I had a whole different outlook on these misunderstood American marsupials. I decided to formulate a pet named Phoenix for one of my characters based on her experience.

Here’s a little bit I found out from Templeton’s human mom.

How did you get Templeton?

A dog brought him through someone’s doggie door and she brought him to the vet clinic where I worked. He had a little gash on his front leg that we glued back together. I took him to raise and I’ve had him ever since. 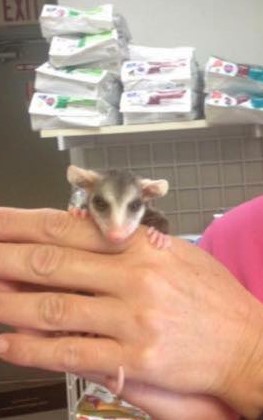 His hair is very soft. It’s actually softer than a cat.

Does he bite or scratch?

He has never bitten anyone nor does he scratch. I keep his nails trimmed down but he is very gentle.

What sounds does he make?

The only sound I have ever heard him make is when his asleep. He snores. He is so domesticated that he doesn’t hiss at anything.

Does he have to stay in a cage when you aren’t home?

He stays in a nice size kennel when I’m gone during the day, but he has a bed and he loves his cover. 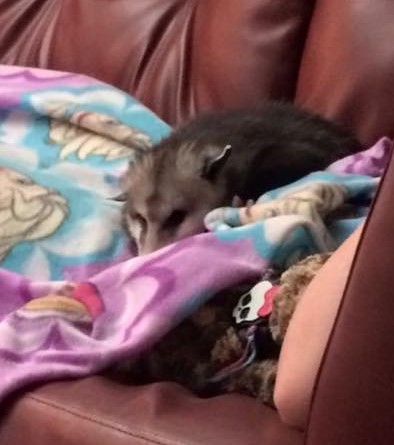 He uses a litter box but I take him outside regularly too.

How do you interact with him? Do you have other animals? If so, how do they interact?

He gets out when I get home and wanders around the house. He is actually pretty lazy. I find him asleep a lot. He gets a bath once a week and he loves it. His hands and feet are very soft kind. He loves to be held and he likes to hold onto my thumb when I’m holding him. He lives with the other animals and thinks he’s just like them.

His vision is very poor but his sense of smell is phenomenal. I had him neutered when he was 6 months old which took a lot of the aggression out of him.  He knows his name and will come when you call him. 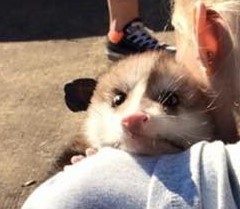 What do you feed him?

He loves to eat. He eats cat food and various fruits. His favorite is strawberries. His little mouth is pink when he finishes with them. He smacks louder than any kid I have ever known.

Does he play dead?

He played possum on me several times and scared me to death because I thought something had happened. He gets in trouble when he does that. Outside of captivity their life span is very short. Like around two years. He does not move very fast at all. He could not survive own his own because he is absolutely spoiled rotten. My whole family just loves him to death. He has been to several of my Christmas gatherings with my family dressed in his Christmas sweater and hat. There will never be another like him. He is the best!! 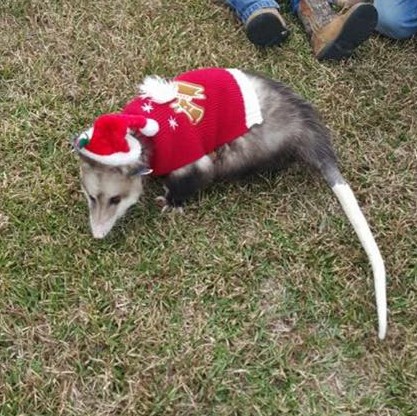 So do you love possums now too? Sadly, Templeton passed away from pneumonia last spring, but I hope his memory lives on with his family. And I hope my character Phoenix helps remove some of the stigma about the American marsupial :)

What fun animals would you like to see in a novel? Do you have a funny pet story for me?

PS: My novel Magnolia Storms is on sale for 99 cents today!