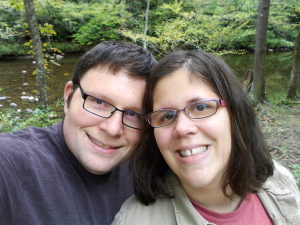 Last week, my hubby and I celebrated our 15th wedding anniversary! Yeah, we’re more than a little proud of this fact!

We were what some would call a “long shot.”

We did everything wrong. We’d only “met” in person twice before getting engaged. I was only 18 when we got married. Neither of us graduated college. We had our first baby when I was 19. (My hubby is 4 years older than me…)

We were poor as dirt and lived on love.

My husband was (and is…) quiet. Like REALLY quiet. He comes from a deep Southern family. He’d lived in the same house his whole life. He likes music and all things nerf guns and disc golf. (Don’t ask…)

I, however, am a fan of talking. lived in over 14 houses in my 18 years, lived in IN/IL/MN at various points, and was as “northern” as northern comes. And I say “pop” when talking about my lovely Dr. Pepper to prove it! I like listening to music, but can barely carry a tune. I think Nerf guns should be for 10 year olds not 35 year olds… but what do I know.

Statistics say we should have 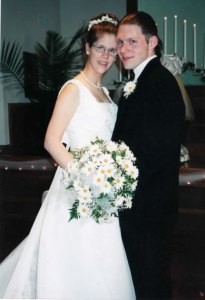 divorced a long time ago.

But nope. 15 years later, he’s still stuck with me and I’m not going anywhere!! (and I haven’t thrown away his Nerf guns yet, so he’s cool with me too!)

I’m a sucker for the long shot. Even in my romance novels, I love when a guy and a girl are on the page and there is really NO way they should be right for each other, but in the end, the blinders come off and pieces fall together and they (and the readers) realize that they are actually quite made for each other.

In my novel, Sandwich, with a Side of Romance, Maddie comes from broken family and abusive relationships and is a sarcastic “newbie” Christian who doesn’t take anyone’s crap. Oh, and she’s also poor as a church mouse. Reuben comes from this amazingly stable family, owns his own restaurant chain, and is totally engrossed in his business. He’s used to giving orders and being taken seriously. Maddie, on the flipside, is not used to taking anyone seriously, much less a guy, given her checkered past.

They are an unlikely couple… but they need each other.

Let’s chat! What romance novels have you read lately that featured an unlikely couple?