This summer has been an extraordinary one.  And not necessarily in the ways one might think of an extraordinary summer.  With serious illnesses and surgeries in my family, I’ve been playing a supportive role as caretaker for the ones I love.  It’s an honor to support my family members through difficult times, but it hasn’t been easy.  At the same time I’ve had to balance the needs of my own family of four and keep my writing career afloat.  We even managed to make it to Harry Potter world. I’ve suddenly become a juggler. 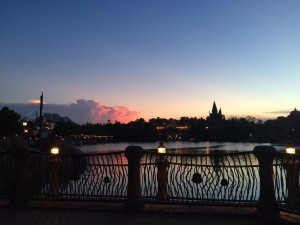 My youngest daughter, Sierra, is twelve years old.  She is a funny, sometimes moody, Sherlock-Benedict Cumberbatch loving, brilliant girl.  She has dyslexia and has been rocking the Honor Roll for the last two years in middle school.  She just got braces and loves Vloggers from England.  She has just begun to embrace books. 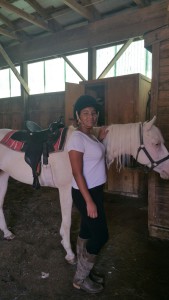 When I was twelve years old my mother gave me a wonderful gift.  It was summertime and I was beginning to develop.  I was a serious Book-aholic.  My mother (who was a doctor) was a bit squeamish about the birds and bees and all that jazz.  So instead of sitting me down and discussing all the nitty gritty, complicated stuff, she handed me a copy of Judy Blume’s classic book, “Are You There God? It’s Me Margaret.”  I remember distinctly being annoyed because I figured how good could this book be if my mother was forcing it on me?  Wow was I wrong. 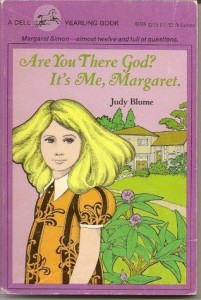 In my twelve year old mind the book was pure gold.  The heroine of the book, Margaret Simon, is a young girl on the cusp of turning twelve.  She is going through life changes–puberty, a move from New York City to the suburbs–and struggling to make sense of an ever-changing world.  So she talks to God.  About everything.  Her fears.  Her triumphs.  Her crushes. Margaret talked to God  because she had questions about life.  First kisses?  Her bra size?  Was she pretty enough?

The beauty of this book is that Margaret knew that God was there, even though she phrased “are you there God?” as a question.  Throughout the whole book she talks to God.  He is her constant. Her counsel.  A worthy sounding board.  At one point Margaret mentions her mother by saying, “My mother says God is a nice idea.  He  belongs to everybody.”  Margaret’s mother wasn’t devout but her point about God belonging to everyone is brilliant.

Do you see where this is going? In honor of my daughter’s twelfth summer I gifted her with a copy of “Are You There God? It’s Me, Margaret.”  And even though she hasn’t cracked it open yet, I’m waiting for her lightbulb moment. 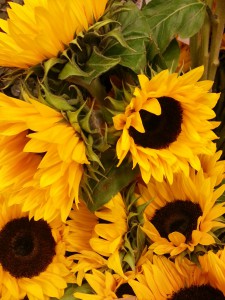 What strikes me cold is that these days a book for teens/tweens would never have God in the title.  People would moan and complain and pitch a fit.  And that is so sad.  Tragic really.  Because Judy Blume’s book and title were genius.  The titles hit on the idea that God stems from belief.  And the more you believe, the more tangible He is.  And clearly Margaret believes even though she questions it a little bit as an eleven year old.  What a beautiful thing for a little girl to believe when her family themselves aren’t that close to God.   Margaret has faith!  And she knows instinctively that God is there to listen to her.

As tribute to the book that inspired and lifted up my twelve year old self I am giving away two copies of that classic book, along with a little care package for young girls.  It’s a perfect present to stash away for that special little someone in your life. 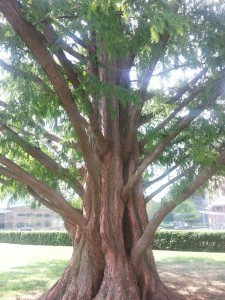