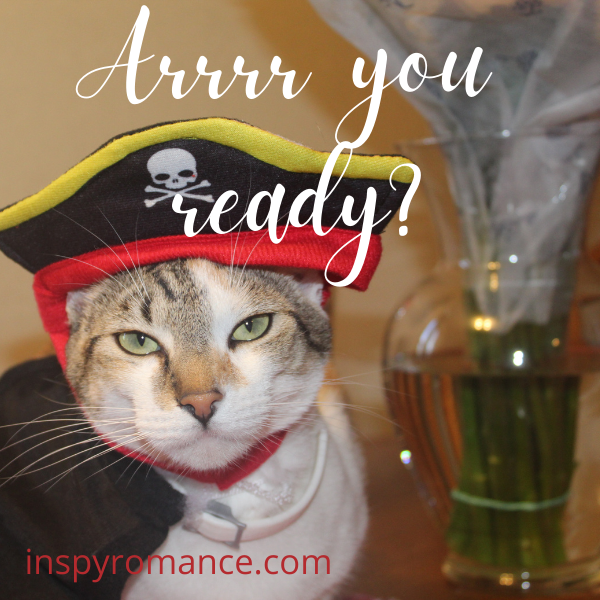 Doesn’t Quinn look thrilled to be part of the book launch? Don’t worry, she isn’t as mad as she looks, and she only wore the costume for about 5 seconds.

Are you ready for quirks, bad jokes, and odd jobs?

My family thrives on bad jokes.

And giving characters odd jobs makes for some humorous writing.

My next release features a pirate named Nigel, though he goes by Davy Jones on the ship.

Nigel works on a Christian-themed boat tour company, and the business owner (the heroine’s dad) insists they be a pirate ship. See, he’s a descendant of Anne Bonny, a notorious female pirate who was known to sail the ocean in the 1700s in the area our fictional islands inhabit. Not passing up that lovely bit of information.

Which brings us to the bad jokes. We are always doing joke of the day or meme of the day, no prizes included, sadly. And with my new book coming out next week, I’m recording a video with some author friends who want to include “best pirate jokes”. I have no idea what to expect, but it should be hilarious.

Nigel would approve. He’s a witty guy with sarcasm for days. Though I must point out he’s never mean. We use sarcasm for humor, and that’s it. One of my favorites scenes had all my critique partners laughing because Nigel can pop off these quips faster I eat M&Ms. Of course, as the author, I stare at the screen for hours trying to formulate the perfect witty comeback.

Let’s just say Nigel is not based on me. My brother and sister and husband would disagree, but only on the sarcasm point. I have a habit of blurting out witty comments at the worst times. Call it my introvert superpower. Enough about me.

Nigel’s story came about when I was reading over the information I had on the Independence Islands. A sentence caught my eye. “We’d like to play up the pirate aspect.”

Ha! Done! So done I had to even give it a pirate-esque name: Stealing the First Mate.

I always think of pirates as a historical thing, so this twist was rather fun to write. Especially when it came time to make up songs for the pirates to sing. Nigel was ready to walk the plank and be rid of the whole ordeal, but he hung in there. After all, he’s in love with the boss’s daughter. 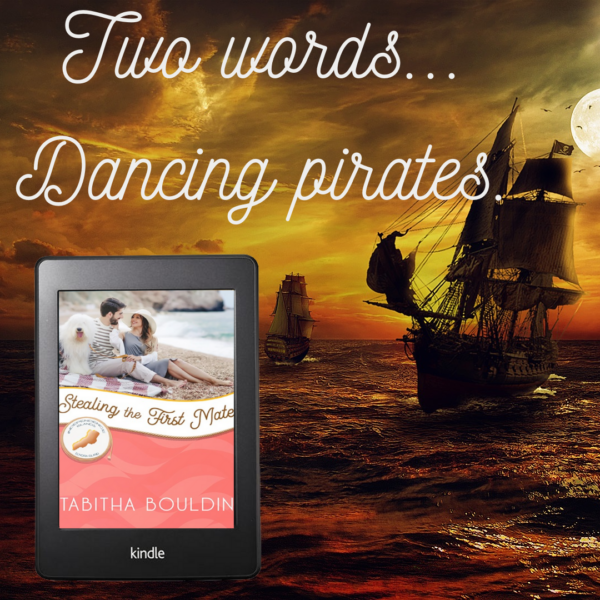 That brings us to the quirks. Nigel has a habit of combing his beard with his fingers when he’s nervous or contemplative. Darcy, the heroine, finds it sweet and not quirky at all. I was asked last month if I had a quirk, and because I’m a 98% introvert, it took me a week to unearth one. I have many, don’t let me fool you, but this one is my favorite. I can’t stand for my food to touch. As a kid, you could forget me eating casseroles. No mixing food (except cake…cake doesn’t count, but no cake and ice cream together).

Have you seen quirks or specific habits in contemporary Christian romance that you found endearing like Darcy does Nigel’s beard combing? What about quirks or habits in real life?