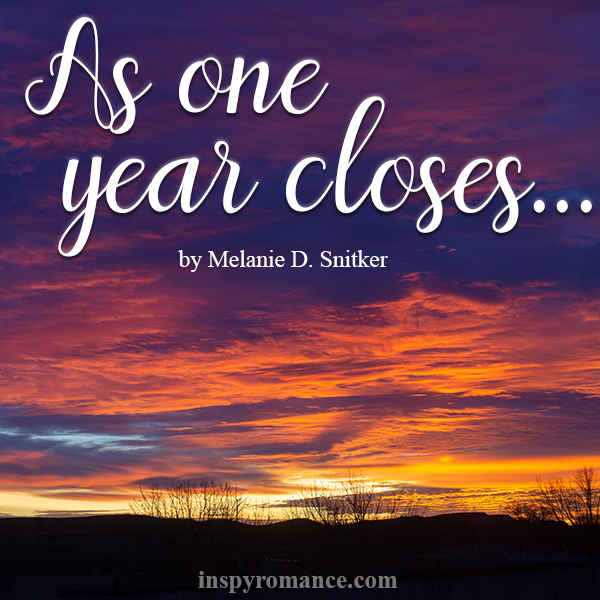 It’s hard to believe that Christmas is now behind us, and that 2019 begins in less than a week. Personally, this year is ending on a lovely note. I got to participate in two wonderful family Christmas celebrations, was reminded multiple times of what this season is really about, and now I’m looking forward to the promise of hope in the coming new year.

On the writing front, not a lot has happened in the last month, and that’s exactly as planned. I decided to take December off from nearly all things writing. I’ve been able to stick to that, and it’s been exactly what I needed. When I went into December, I felt drained in just about every way possible. But as the weeks have gone by, I’ve been able to enjoy the magic of the season, spending time with the kids, crochet and bake, watch many Hallmark Christmas movies, and let the writing portion of my brain take a much-needed rest.

Now, here I am with nearly six days left of my self-imposed writing hiatus, and I’m ready to get back to it again. Taking this month off has allowed me to dream up ideas, develop characters in my head, and feel more excited about what God has in store for my books in 2019 than I’ve been in a long time.

One of the books that will be coming out in the first half of 2019 is Marrying Emma, the fourth book in my Brides of Clearwater series. What’s neat about this book is that Emma, who has struggled with physical challenges for several years now, is introduced to ninja obstacles at a gym she begins to work at. She’s determined to sit on the sidelines, convinced she could never get out there and do any of that. It isn’t until one of the gym patrons inspires her to not only push herself, but to see just how easy she is to love. I’m going to truly enjoy writing this book because a ninja gym has opened up in my own town. I’m certainly not in the kind of shape to do these obstacles now, but my goal in 2019 is to lose weight, get stronger, and have the confidence in myself to at least try those obstacles.

Is there something you’re hoping to do or try for the first time in 2019? I encourage you to remember that, as one year closes, another one opens up to bright new possibilities. 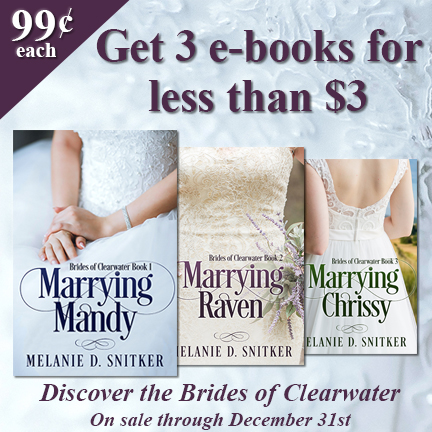 If you’ve yet to discover the Brides of Clearwater, now’s the perfect time.
Each book in this series is on sale for only 99¢ through December 31st.

Marrying Mandy
Mandy Hudson swore she’d never marry. Abandoned by her parents and raised by her grandparents, she has a hard time trusting that real love will last. When her grandmother dies, Mandy’s shocked to discover a stipulation in the will. Considering marriage to her best friend may be the only way to keep her family’s beloved bed-and-breakfast.

Marrying Raven
Raven Weber hates football. As if her fiancé breaking off their engagement to follow his NFL dream wasn’t bad enough, her football-obsessed family only made things worse. Twelve years later, she pours everything into her job as a physical therapist assistant. Helping others never prepared Raven for the day her ex would hobble back into her life. How can she remain professional when spending time with him only reminds her of what they’ve lost?