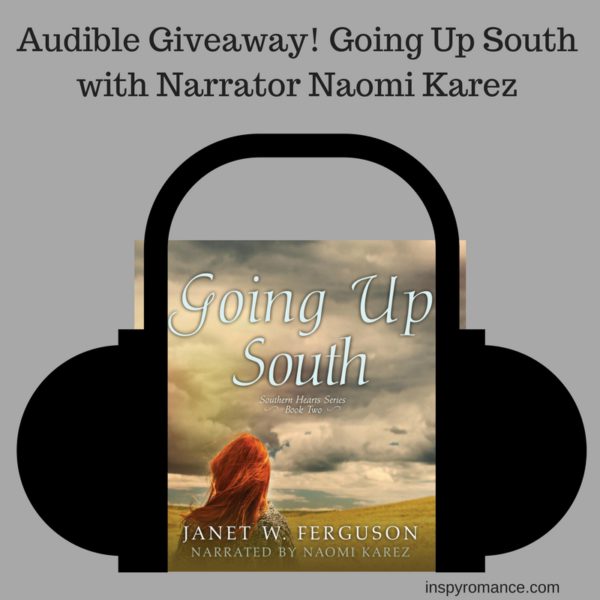 I’m excited to bring back narrator Naomi Karez to Inspy Romance. She’s just finished the second book in my Southern Hearts series and has begun work on the third! If you missed meeting Naomi, you can find that post here: https://www.inspyromance.com/meet-narrator-naomi-karez-audible-giveaway/

You know, by the time I finish writing, editing, editing, editing, (did I mention editing?), and then proofing my novels, I often get very tired of them. BUT when I listened to Naomi narrate Going Up South, the story became new for me. She did amazing work! I actually laughed and cried!

Welcome Naomi, and thank you for doing such a wonderful job with Going Up South! Around the last time you visited, Florida had endured Hurricane Irma where you lived. Can you give us an update on the recovery?

There has been a tremendous amount of progress and restoration. Most of the debris where I live have been cleared away and little by little roofs are being repaired though the waiting list is long. It has been a blessing to see our country pull together, where many men and women left their family and homes for an extended period of time to lend a hand where help is needed.

With so much of the Florida peninsula being affected and the southern islands being devastated by two back to back hurricanes, full recovery will take time. I’m sure you understand firsthand Janet, living in Mississippi that also took a hit years ago, the long road to recovery.

It does take years to recover.

So about Going Up South… What was your favorite part or character in the story and why?

I always love the southern charm in your books, getting to know Mississippi, the people, and culture. Not to mention the fun and different ways to say a few words. I also really enjoyed the portion of the book that is set in Honduras. It was full of color and emotion, I felt like I was there. From the landscape to the chickens and the people whose troubles and joy poured right through the letters on the page. I got to enjoy the journey through the eyes of both Cassie and Dylan.

I loved the Honduras part, too! I actually went to Guatemala on a mission trip while editing it, so I had a good bit of inspiration.

What was the most difficult part of narrating this story and why?

For me the hardest part might have been not holding onto a bias or idea of the characters that held a main lead in “Leaving Oxford,” the first book in The Southern Hearts Series. In book one I was seeing them in first person. Getting to know their past and a glimpse of who they perceive themselves to be. This obviously takes a shift when I am now seeing that same character appear in book 2 “Going Up South.” But this time it’s through the eyes of another. I had to make sure I was now relating to them accordingly, as the way they were viewed by let’s say Dylan Conner for example who has a limited and confrontational experience with Jess McCoy.

Ha, I do love to take a character that wasn’t particularly likable in one book and make them a hero! I guess because we all have a back story that leads us to think the way we do, and it’s good to put ourselves in another person’s shoes. I hope I can do that in real life.

What do you think the story offers spiritually?

Redemption. Redemption for the brokenhearted. That healing that is essential for so many of our emotional wounds. Redeeming the thoughts one has for a father and what that should look like. Redeeming a hope for those faced with disease and poverty. A friendship and trust redeemed. And most importantly eternal redemption, offered to the rich, the poor, the broken, the famous, the lost, and the hopeless through the endless love of the Great Redeemer!

Oh wow! If you found that, I give God the glory! I could never write a book without Him, nor do I want to! 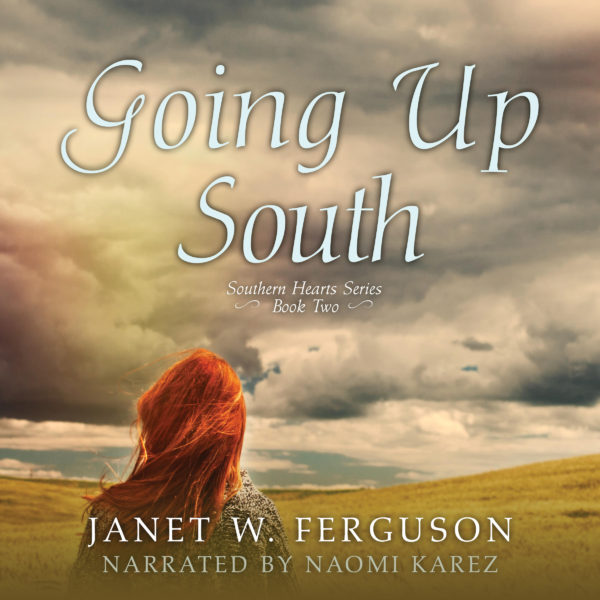 No one told him he had a son.

Actor Dylan Conner is furious. Not only has he been left out of his child’s life, the baby boy has been given another man’s last name. Determined to be a better father than the sorry guy who’d left him and his mother, Dylan fights to ensure a significant place in his son’s life. Unfortunately, his bad-boy reputation overshadows his good intentions. Only one woman in this small town sees beyond his Hollywood image. And he’s falling for her. Too bad she’s the custody mediator.

After her scandalous divorce in the small town of Oxford, Mississippi, attorney Cassie Brooks has no intentions of practicing law again. The humiliating experience left a bitter taste for love, marriage, and her profession.

Now friends need Cassie’s help in a custody negotiation, and her role demands she remain objective. She never expected to be drawn to Dylan Conner—the actor who everyone warns is bad news. Not only is the mediation at stake, but so is her heart.

Audible available on Amazon and on iBooks.

Leave a comment for Naomi by March 5th 2018 to be included in a drawing for an Audible code! (void where prohibited.)