Today I’m featuring a book written by my lovely author friend Jessica Keller. She’s a fantastic voice in contemporary romance (not to mention her YA fantasy time-travel romance Saving Yesterday, one of my favorite recent reads). We share a love of chocolate, good fiction, and Captain Hook. So you know she has good taste. And yes, the latter is how we became friends.

This month, she kicked off her Goose Harbor series set in a small tourist town on the picturesque shores of Lake Michigan. Here’s what you need to know about the first book, The Widower’s Second Chance: 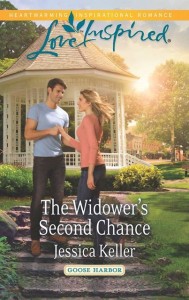 Idyllic Goose Harbor, Michigan, offers a fresh start for broken-hearted Paige Windom. In addition to securing a teaching job at the high school, she’ll fulfill her dream of helping at-risk teens in a nearby inner-city mentoring program. But Caleb Beck, a handsome yet overprotective widower and the center’s founder, doesn’t want Paige anywhere near the place. He’s afraid she’ll get hurt—just like his late wife. Paige knows she can do a lot of good—for the kids and Caleb himself. If only she can show him how to let go of his fear, maybe they’ll both find a way to reopen their wounded hearts.

You can get it on Amazon, Barnes & Noble, ChristianBook.com, Harlequin.com, and at your local Christian bookstore. I’m also told it’s been sighted on the shelves of Walmart. Yeah, that’s kind of a big deal :) While you’re there, check out her debut Love Inspired release, Home for Good, and the YA piece of brilliance I can’t get enough of, Saving Yesterday. 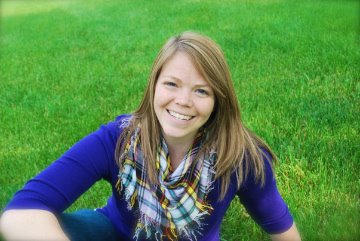 About Jessica: A Starbucks drinker, avid reader, semi-professional fangirl, and chocolate aficionado, Jessica Keller spends way too much time on Tumblr and Twitter. She writes both Young Adult Fiction and Romance. As a child Jessica possessed the dangerous combination of too much energy coupled with an over-active imagination. This pairing led to more than seven broken bones and countless scars. Oddly enough, she’s worked as a zookeeper, a librarian, camp counselor, horse wrangler, housekeeper, and finance clerk, but now loves her full-time work in law enforcement. She lives in the Chicagoland suburbs with her amazing husband, beautiful daughter, and two annoyingly outgoing cats that happen to be named after superheroes.

You can find her at www.JessicaKellerBooks.com, on Twitter @AuthorKeller, on Tumblr, or on her Facebook Author Page.

GIVEAWAY TIME: Jessica has generously offered to give away THREE bundles of her inspirational romance titles (Home for Good and The Widower’s Second Chance). To enter, check out the Rafflecopter below!