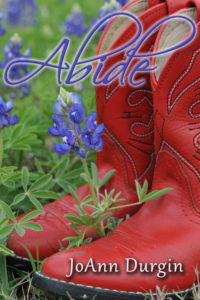 Authors are crazy, but I’m sure you know that by now.

Witness the author who spies the EMTs at a local convenience store. She waits until they’ve left the front counter before approaching them outside. “May I please ask you a question?” Reason: she needs to know how many people can fit in the back of an ambulance since she’s heard conflicting reports and it’s important to her story. It’s always about the story, you see.

Witness the author who rushes up to the fireman at the local 4-H Fair. “Do you mind if I ask  you some questions?” Reason: she’s writing a Christmas book about a fire captain in a small town. She’d like to know if schoolchildren are allowed to climb on top of an engine during a firehouse tour. Things like what kind of kid he was and why he’s willing to risk his life for someone else. The difference in mindset between cops and firemen. And why so many firemen marry nurses.

Witness the author who’s in an elevator with a very tall young man. “Excuse me, may I ask you a question?” Reason: she estimates he must be as tall as the male core character in her book series who’s 6’ 5”. No other reason, really, but it’s all about perspective.

Let me tell you, I’ve fumbled and bumbled my way through many a situation. A lot of authors are quiet and introverted. Not me. I used to be shy back in grade school, believe it or not. Now I have no hesitation whatsoever in asking anyone pretty much anything. Ask my three kids and my husband. They’re proud of my writing pursuits, but there have been times when they look the other way, whistle, talk among themselves, or back away because they’d rather not be associated with the crazy, short blonde woman. Always polite but loony. I used to apologize for my behavior but no more. I’ve liberated myself from saying I’m sorry when my books help pay the mortgage each month. You could say I’ve earned the right to be crazy.

Why am I so willing to make a fool of myself? I think the answer is the same as I’d give when someone asks why I write. I tell them, “I have a story to tell, and I pray there’s someone out there who might want to read it. And, along the way, I hope they might glean one small nugget of truth or inspiration to help them get through their day a little easier.” Words matter, stories matter. Sometimes more than we can possibly know.

It’s all about putting “me” aside to reach deep inside the core of a character. Digging around and fleshing them out. Finding out what makes them tick, what makes them passionate, angry, sad.

We’re only given a set number of days on this earth to fulfill God’s purpose for our lives, and to the best of my ability, I’m trying to live out the calling I feel the Lord has given to me. If that means making a fool of myself, so be it. If that means stretching outside my comfort zone, fine. But, in the end, those characters who have quirks and flaws are the ones readers can perhaps identify with the most because…guess what? They’re just like us! We’re all sinners saved by grace, and it makes us all feel better to know we’re not alone in our life’s journey. Ultimately, it’s also about giving hope and showing through different characters and their stories how grace and forgiveness are freely offered from a heavenly Father who loves us more than we can ever imagine.

As I’m writing this post, I’m finalizing Abide, Book 7 of my long-running Lewis Legacy Series (technically Book 8 if you include Prelude, the series prequel). See the sneak peek excerpt below! Abide is releasing later this week. My heroine is Catherine (“Caty”) Lewis, the youngest sister of my Lewis family in Houston, Texas. As the book opens, she’s about to face her reclusive boss for the first time although she’s worked for the man’s corporation for five years. Rarely intimidated, she’s nervous. And the poor girl fumbles and bumbles her way through a series of amusing and unfortunate incidents before she ever makes it to the 35th floor of the downtown high-rise. Let the adventure begin! This one has the usual components in one of my Lewis books: romance, humor, drama, as well as mystery and suspense.

Here’s an exclusive sneak peek for our Inspy Romance readers from the first chapter of Abide!

Startled by the deep male drawl, Caty spun around a bit too fast, making her teeter on the loose heel. Wasn’t one stumble enough for the afternoon?

Reaching for her, he steadied her with a hand on her arm. “Careful.” He waited a few seconds. “Okay to let go now?”

“I think so, thanks. Just call me Grace.” She smoothed one hand over her hair.

Caty stared at him for a long moment as he released his hold. Where had he come from? A momentary panic hit her as she wondered how much he’d witnessed. Oh well, what did it matter now?

“I’m, um, a little embarrassed by being plowed down, nearly falling face-first on the sidewalk, and being fumigated by a city bus. Not to mention narrowly avoiding being drenched by a flashy car driven by a maniac with no apparent regard for pedestrians. And that’s just for starters.” She stopped and laughed under her breath. “I’m sorry. You didn’t need to hear all that. Suffering from a need to blabber apparently ranks right up there, too.”

A few inches taller than her, she estimated the man to be in his mid-to-late 30s. He certainly fit the urban cowboy image—jeans, a tucked-in white dress shirt, and a lived-in brown leather jacket. His eyes were shaded by dark sunglasses although the sky was overcast. Likewise, his jaw sported about a day’s worth of new stubble. A tan Stetson sat pushed back on his forehead, revealing a few strands of thick, medium-length, dark brown hair. Most younger men didn’t wear Stetsons in the city anymore unless they’d come in from the ranch, but she’d always liked the tradition.

Three boxes of Chinese takeout dangled from his hand. Now that was unexpected. Her gaze traveled to his boot-covered feet. He’d walked more than a mile in those boots. Another plus. If she thought she could get away with wearing her red cowgirl boots with her business suit, she’d have them on this second.

The corners of the man’s mouth hitched. “Sounds like you’ve had quite a day, but I was referring to your hand.”

“Oh, that.” She held up her mummified right hand. The tissue stuck to the blood on her palm and fluttered in the wind. “This would be another result of my fall from grace. I’m not usually a complainer or so…seriously inept.” Resisting the urge to chew on her lower lip, Caty set her briefcase on the pavement. She yanked the tissue from her hand and stuffed it in the pocket of her skirt. Based on the warmth in her cheeks, they must be positively flaming.

“They have antibiotic cream and bandages at the front desk in the building straight ahead of you.” He glanced down at her feet. “They might also have glue as a quick fix for that broken heel.”

He’d noticed that, too? “I would not, could not, ask for glue. For my shoe.” Shaking her head, Caty twisted her lips not to burst out laughing. The only other option was to cry.

“Dr. Seuss fan?” Oh my, he had a nice smile. A kind smile. Shivers of awareness rippled through her. Lord, are you serious? You plant a nice guy in front of me now? How was that fair?

I’m giving away three ebook copies of Abide. To qualify, leave a comment and tell me about a situation where you’ve reached outside your personal comfort zone and why. Please share! Winners will be selected on Mother’s Day, May 8, 2016. and promptly sent as an Amazon ebook gift.

Blessings, friends. Until we meet again…