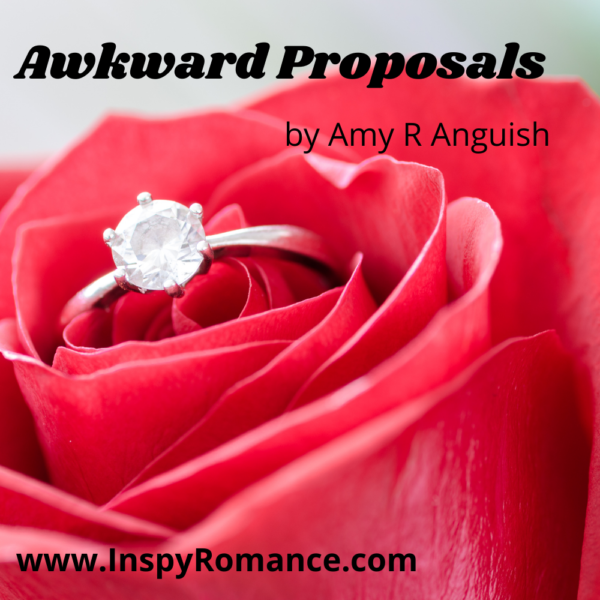 Was your proposal PERFECT?

Are you confused? I was, too. You see, my then-boyfriend and I had been dating for over two years. He was getting ready to graduate in a month, and everything was up in the air. I was stressed out over a project that was due soon. It was a Sunday evening and he’d driven me back to my dorm. We sat talking in the parking lot and ended up in a fight.

That’s right. Sounds romantic, right? Because he proposed to end the fight.

I was, too. My next words were literally, “Are you kidding?”

In his defense, he had already ordered the ring and I just didn’t know it yet. And he knew I wasn’t thrilled to have lost a romantic opportunity in getting engaged, so he made up for it to a point.

Where we went to college, the girls have something called “A Candle-lighting” when they get engaged. What happens is this. They secretly send out invites to the Candle-lighting, usually after dark. All the guests sit in a big circle, giggling and whispering who they think it might be. Once everyone is in place, the lights are turned off and a lit candle is passed around with the engagement ring attached by a ribbon. Each girls gets to admire the jewelry and when it gets to the fiancée, she blows the candle out and everyone squeals. Then, she tells the whole romantic story.

And he planned mine for me. Which was romantic, in my opinion. :-) And, by the way, the proposal worked anyway, because we’ve been married for almost seventeen years now.

Needless to say, when I write a proposal in my books, they aren’t always the perfectly planned event you might expect in a romance novel. I had one advance reader point out that the way my character first asks the girl to marry him wasn’t very romantic. And I laughed and pointed out that my proposal hadn’t been, either.

So, if you’re wanting a proposal that’s a bit … messier … than normal, feel free to check out either of my books, Faith and Hope or Saving Grace. In one, I even have someone fall off a swing in shock.

And for a few another story with a not-so-perfect proposal, check out Shannon Taylor Vannatter’s Reuniting with the Cowboy. There’s some fun with garbled words due to recovery from a brain aneurysm.

Today, let’s talk. What was your proposal like? I’d love to hear about some more that were less than perfect.