You never know where you are going to get inspiration to spark an idea that ends up as a plot point in a story. Two unrelated events become one story. A couple years ago a friend of mine was doing research for a story about wolves. Teri Wilson was writing what would become Alaskan Sanctuary. 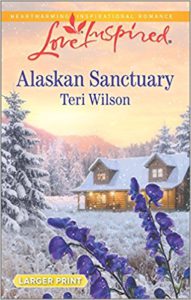 I use to volunteer at a horse rescue center. So when she told me about her story I was jealous that I had not thought of a story about a wild animal rescue. She sent me pictures of baby bats that had been orphaned and suggested I write about them.

Here is a post that is full of the pictures she shared with me – you have to look at them. You will see why I had to write about these little guys that are so important to our environment. Also living in the Texas Hill County they are essential in keeping insects under control.

Orphaned Baby Bats At This Australian Bat Hospital Are Too Adorable

Along the same time, I was dreaming up stories for my Texas Hill Country Wild Life Rescue a student made an impact on me.

A really polite kid that I knew was struggling to stay in school would hang out in the art studio. I would try to get him to think past the moment we were in and to think about his future. He was falling behind and it didn’t look like he would stay in school

He was such a sweet kid – helping others when they needed it. There were times when I thought we would lose him, but he stuck to it despite the obstacles he faced.

Not sure who cried more when he walked the stage me or his mother. He is now working on diesel engines and stops by the studio every now and then to say hi and show me his latest drawings.

Many people in my life inspire bits and pieces of my fictional characters. From there I shape characters that walk across the page. I love creating stories that make the wrongs in the world right. To make sure no matter their past, everyone can have a new future. Being a romance writer I love to throw in a happy ending too.

I knew I wanted a hero that had been given a script in life that he thought he had to follow, but with faith in God, he stepped out of his family’s shadow and made his own path. Reid McAllister became that hero. With a degree in wildlife management, he received while in prison he would be taking care of my baby bats.

Stories of redemption and forgiveness of others and self, are themes I love to write. Throw in baby bats, a secret marriage and twins and ou with have my latest release The Texan’s Twins. It’s up to pre-order now and the book will be released December 19 with the ebook dropping January 21 (which happens to be the day before my 50th birthday).

Do you have a favorite theme or type of story that you pick up to read above others? Is there a type of hero you can’t get enough of? Here is one last baby bat video.