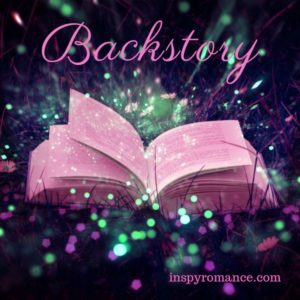 Many, many moons ago on a writing loop I was on at the time, there was a massive discussion about backstory. For those who don’t know, “backstory” refers to a character’s story that happened before the current story starts. Basically, where did this person come from and how did they get here? What are the secrets of their life?

In the discussion, there had been a writing book published that said an author should not give any backstory until at least page 50.  Over the years, I have thought often about this discussion as I’m writing. Not one to ever follow “rules” just because someone said to, I’ve alternately discarded it and noticed it show up in my writing (not strictly page 50, but well into the story).

What I’ve learned is this:  Every character like every person is different. Some characters don’t have a problem sharing who they are and why. Some characters hold all their backstory cards close to the vest and are really unwilling to show them to anyone.

So, I guess, for me, backstory has become kind of a touchstone lesson. If I have a character who is not willing to share their backstory, it tells me something important about that character. Often, their backstory is traumatic and difficult. “Flawed” characters often simply have a difficult backstory. Reticent characters that are “closed” also very often are holding their backstory close to their heart, afraid that anyone will ever find out “what really happened.”

I imagine that’s why I’ve gotten so good at reading real people’s backstories. I was just talking with someone the other day who said I was “safe” because they could tell me what really happened and get it out.  That’s interesting because that’s roughly the same thing I do with my characters. 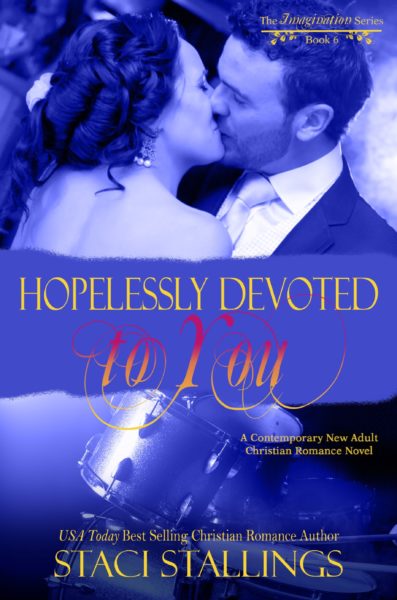 For More about HOPELESSLY DEVOTED TO YOU, Click the Cover!

For example, right now in the series that I’m working on, there are multiple backstory pieces that although we’ve been with these characters for 7 books now, backstory pieces are starting to come out that explain why the characters have been acting the way they have. And it’s so strange to me because I know even more backstory that hasn’t come out yet. So when my readers get upset or don’t know why a character is how he or she is, I actually do know because I know where the story is going.

I wonder sometimes if this is a little like being God—you know what is happening now, but you also know what happened back then, and you know what will happen in the following “chapters.”

It’s just an interesting perspective to see life from. Kind of like in my newest book, Hopelessly Devoted to You¸ it’s written from the perspective of multiple characters rather than just one or two. I often wonder if that’s the way God see us and why He understands what we don’t. He’s not seeing things linearly nor from only one perspective.  He sees and knows everyone’s story simultaneously—their current story, their backstory, and their future story.

Honestly, sometimes writing is kind of cool in what it can teach you about life!

How about you?  As a reader, would you prefer to know a character’s full story upfront or learn about it as you go?