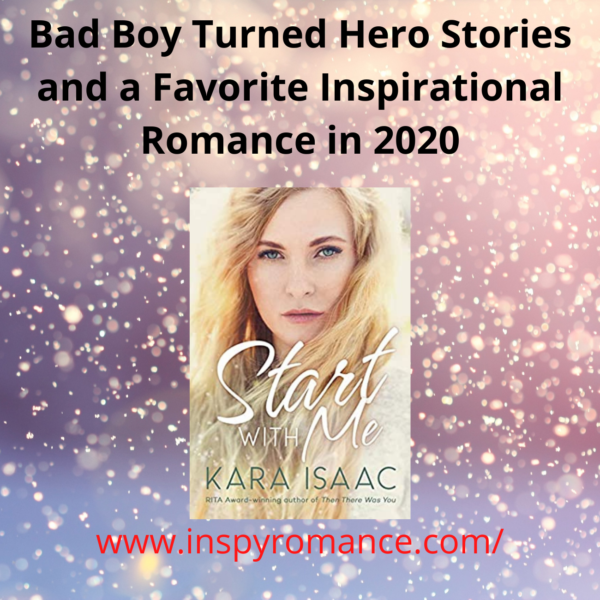 As I was looking over the novels I read this year, I decided Kara Isaac’s Start With Me was my favorite contemporary Christian romance I’d read in 2020.  I love how Victor was trying to turn his life around.

Here’s a little about the novel:

Lacey O’Connor is finally a sure thing for the promotion she’s spent ten years working for. But when a scandal rocks her firm she finds herself on a collision course with the one person she has spent five years trying to forget. Only to discover he doesn’t even remember her…

Victor Carlisle has spent the last three years trying to convince his family he’s no longer the playboy alcoholic who tore their life apart. When a company merger is announced with a US sister firm, he’s presented with the perfect opportunity to prove he’s changed. Only to find himself falling for his competition and the one woman his family will never accept.

As the competition intensifies the choice looms between the professional and the personal. Can they find a way beyond their past decisions and present aspirations to take a chance on the one thing they’re not looking for?

After thinking about why I loved this novel so much–besides Kara’s wit and ability to write a sweet story–I realized that I loved how she took the sort-of villian from her previous novel (Can’t Help Falling) and turned him into the hero. I love a great redemption story in fiction or real life! Then I remembered other novels, movies, or television shows where this happened. Isn’t fun to see the bad boy turn good!

I realized I’d written several of this tropes myself, and they were often the most fun to create! Dylan Conner is the flirty actor with the womanizing reputation who finally settles down in Going Up South. Cole Sanders is the wild college quarterback who gives his life to the Lord in Tackling the Fields. Sam Conrad is the snarky-negative banker who wants to start over in Blown Together. I realized I had several bad boys in the Southern Hearts Series! Not so many in the Coastal Hearts Series, except maybe Paul Kelly in Star Rising. I may have to come up with another!

You’re turn! Do you have a favorite bad boy turned good story you’ve read this year?

PS: Don’t forget For the Love of Joy released this week! Get your copy here: Amazon