One of the most common criticisms of romance novels I hear is that the people in them are always perfect. I don’t mean that they live perfect lives and have no personality flaws – I mean that they’re always about beautiful people living in a world of beautiful people, unless you need some goofy sidekick to provide comic relief.

I recently finished writing a Christmas story called Christmas Star Sapphire, a novella based on the Jewel Series, that will be released in October. In it, I wrote this scene:

His eyes scanned the room and he spotted Barbara Mullins, the reason for the early morning meeting. The sophomore from Birmingham had her head bowed and sniffled into her paper napkin. As Joe approached, he felt his steps pause when he saw Madeline Viscolli seated across from Barbara. As soon as he recognized her, he waited for the skip of the beat of his heart and the catch of his breath. When he expected to see her, he could usually brace himself and control it. But the unexpected times, like this, actually took his breath away and made him feel nervous, jittery, and uncharacteristically shy.

He had seen a lot of beautiful things in his life. He had seen sunrises and sunsets over crystal seas that would envelop every sense like a symphony. He had seen longboats and yachts hand crafted with the finest attention to the smallest detail that soared over the water like sea foam. He had seen beauty in his lifetime. But he had never seen anything as beautiful as Madeline Viscolli.

Now steeled against the feelings, he felt he could safely approach the table. He mentally wished Barbara would look up and scoot over to accommodate him, but she didn’t even see him walk up. Instead, Madeline looked up at him, her ultramarine eyes shining like sapphires, and a warm smile lit up her face.

He wondered, absently, how a woman devoid of any makeup, wearing a worn out Florida Gators sweatshirt with her hair piled on top of her head could possibly look so beautiful that her loveliness could steal a grown man’s breath. As she moved over for him, he took the time to slip his bag over his head and set it on the ground next to the table. When he slid into the booth, his hip and thigh brushed up against Madeline’s.

In my most omniscient narrator voice in this book, the only description that you get of Madeline Viscolli is that she has black hair, olive skin, and blue eyes. She’s also tall – just two inches shy of six feet. That’s the extent of her description.

But, through Joe’s eyes, we see how beautiful he sees her. I think that’s what makes non-fans of romance books criticize the characters in romances. Typically, in a tight POV, the only thing the reader is getting is what the character sees, thinks, and feels. If a hero is attracted to a heroine, then what you’re going to see is a beautiful woman. It makes me think of the movie My Big Fat Greek Wedding, where the main character goes through a massive transformation of a frumpy, shy girl into a beautiful, confident woman. The hero remembers her from working at her parents’ restaurant. Here is their exchange: 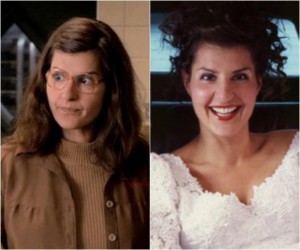 He didn’t remember her with shaggy messy hair and ill-fitting clothes. He just remembered her – this woman with whom he fell in love. 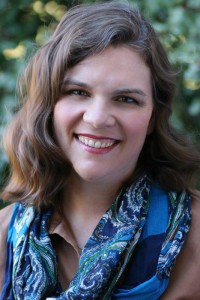 1 Samuel 16:7 says that God doesn’t look at outward appearance, that He looks at the heart. In the case of romance, I believe that something similar can ring true. I know that I’ve never stopped conversation walking into a room, but I can tell you that my husband believes that I am the most beautiful woman on the earth, that he thought that the first time he ever saw me, and he tells me that and affirms it to me regularly. It doesn’t matter if other people see it or believe it. It only matters how he sees me through his eyes.

An old Randy Travis song, “Forever and Ever Amen”, has the lyrics:

They say that time takes it’s toll on a body
Makes the young girls brown hair turn grey
But honey, I don’t care, I ain’t in love with your hair
And if it all fell out, well, I’d love you anyway

I can understand the criticism that accompanies romance novels, but I don’t really agree that it creates an issue for the reader. I think it would be exactly the opposite. I think that if I see through the eyes of the hero or heroine in a novel and they don’t find the other person attractive, then the romance won’t ring true to me. I want to read about a love that overwhelms my characters so that they don’t see with their eyes at outward appearances, but see inward to the heart. I want my characters to be radiantly beautiful to the ones who loves them, regardless of how the world would classify their appearance.

I have been known to specifically make my female character beautiful to other people in a few books. When I’ve done it, there’s been a very specific story-driven reason for it. I much prefer that my readers experience it with my characters rather than influence with my perception of beauty.

What do you think about the physical beauty depicted of characters in romance novels?

Tell me what you think and one commenter will win a paperback of my Jewel anthology, which contains all four books in my Jewel Series. The Christmas Star Sapphire is a second generation Jewel series story.

I look forward to hearing your thoughts!