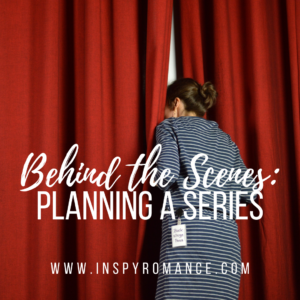 I, like most authors I know, have far more books dreamed up than I will ever have time to write. As I prepare to close the door on The Bloom Sisters Series (the final book will be written this fall), I’m in my happy place — planning my next series!

It’s interesting when I think about how the Bloom Sisters came to be. I was browsing a group where designers sell the book covers they have created. One designer posted a set of 4 books that caught my eye. The titles were different, but the flowers were there… and my mind went immediattely to FLOWER NAMES! Haha! I bought the set, and had the designer add three more to complete the series (after I had chosen the names of the Bloom siblings.) 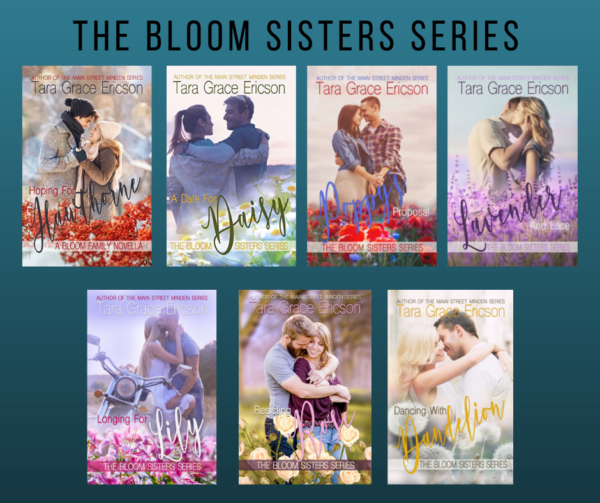 A lot of times, the titles tell me what the story will be, more than the other way around. For example, when I needed to name Poppy’s book in the Bloom Sisters, I couldn’t get Poppy’s Proposal out of my mind. And with a title like that, it needed to be a “marriage of convenience” story!

One of my future series is the same way. I saw the covers and my mind took off, giving me the basis for a series. More to come on that one later ;)

For other future series, I have a note on my phone with ideas and titles. They aren’t all good. In fact, just the other day I deleted one note about a series concept that just wasn’t going to work. Maybe someone could do a matchmaking angelic barista who works at the airport coffee stand and orchestrates true love matches… but I decided it wasn’t me. Despite deleting that particular idea, I still have the complete list of titles for at least 3 future series, including the one I’ve actually decided to write next — did someone say Firefighters???

Yes – you heard it here… My next contemporary Christian romance series will be a small-town firefighter series, full of second chance romances! I’ll have more on the Second Chance Fire Station series coming later this year – including the titles… which I absolutely LOVE, and which were chosen long before I had any idea what series they would belong to!

Since I’ve got the titles – I’ve already commissioned the cover designs. All this before I’ve even started outlining stories or naming characters!

One thing I love about planning a series ahead of time is the opportunity to make sure the entire series is cohesive, with characters popping in and out of the other stories, knowing how many books there will be ahead of time (especially for sibling groups), and planning out the release schedule.

The whole process gets me so excited to start writing and bring those books to fruition! I love the planning phase – probably more than I like the (much longer) writing phase!

Okay, IR readers… your turn! Now that you’ve seen behind the curtain, what stood out? Was any of this surprising to you? If you are an author — how do you plan your series?