Remember back when I told you there were new releases on the horizon? The time is finally here!

Bella Notte is available for preorder, and it releases in less than a month. Yay! (It’s okay if you’re not throwing confetti at your computer screen. I know you’re jumping for joy on the inside.)

Way back when I was first contacted about participating in A Tuscan Legacy, I had this idea for a hero. He was different than my usual heroes. He was suave, confident, and maybe just a little too full of himself.

I can’t wait for you to get to know Piero and Felicity. The blurb and an excerpt are below, but stick around and scroll down. There’s a giveaway, too. ^_^ 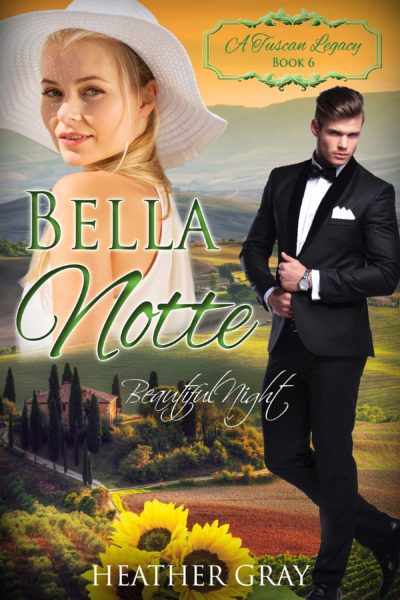 He likes to play the field. She’s content to wear her goody two shoes.

Piero Carter packs light and travels often. He loves adventure and manages to keep his life simple by sticking to a two-dates-only rule. The longest relationship he’s had — aside from family — is with his camera. As a photographer who works primarily with fashion, he’s used to having his pick of beautiful women who want to be seen by his side.

Felicity von Wolff is a makeup artist whose job takes her around the world. That’s all the adventure she craves. She has little use for Piero the Playboy. Being seen on his arm means getting tied to his reputation, and that’s the last thing she wants. Yet, somehow, they keep getting thrown together. What’s a girl to do?

Piero finally meets a woman who makes him want more than two dates, but does that mean he’s ready for one of life’s greatest adventures — falling in love? When Felicity peeks over the wall she’s built to protect herself, she discovers there’s more to the people around her than she ever realized. What will it take for Piero and Felicity to stop hiding from life and open their eyes to the rich beauty God has in store for them?

PIERO CARTER RAN AS IF his life depended on it.

Between the idiosyncrasies of German traffic and his cab’s flat tire, he was late.

He was the photographer, and the photo shoot couldn’t very well start without him. No worries there. He prided himself on a level of professionalism, even if it had deserted him at the moment.

It hadn’t deserted him. It had ground him under its heels and left him like a pile of dust.

His destination was in sight through the next doorway, and Piero sprinted for it.

He didn’t plan for the slippery rug, though. Or the curvy blonde who stepped into his path.

He went down hard, and he took the woman with him.

At least he managed to land under her. That had to count for something.

The rug they were on — acting more like a flying carpet than a proper historic replica — carried them through the entryway before it skidded to a stop at the foot of the famed English Stairway, one of the gems of the Dresden Royal Palace and the site of that day’s photo shoot.

Marty, the assistant assigned him for this shoot, stood by with arms crossed and eyebrows raised. “So nice of you to join us, Mr. Carter. We might actually be able to start this shoot before the lighting is completely ruined.”

The blonde, who hadn’t screamed even once as they’d careened across centuries-old wooden floors, jumped from his lap as though she’d been given a good jolt of electricity. Her face flamed red as she sent him a glare before she scuttled across the room and behind the temporary curtains set up to create a pseudo-dressing room for the models.

Not that models tended to be particularly modest. But it was generally bad form to wander around historic landmarks in a foreign land when wearing nothing but skivvies. Or less.

Piero shook off the shock of his grand entrance and made his way over to the camera table. He’d set it up the day before, double-checked all his settings, and arranged each camera the way he liked it. Not that he was fanatical… After all, he’d only requested one security guard to keep an eye on the shoot site overnight.

He ran his fingers along the cameras as he contemplated the stairway and the light filtering through the windows. His eyes flitted over to the curtained-off area.

Just who had that woman been?

Piero shook the thought away and picked up the camera he wanted. A quick turn on his heel had him facing the waiting crowd. “Alright ladies! If you don’t already know what you’re doing, see Charise. She’ll tell you when you’re up.”

The woman in question shook her silver-topped head, a smile dancing in her eyes. Then she clapped her hands, drawing the models’ attention. “Analise, you’re up first. Next is Patrice. Then Genevieve. You do not step in front of that camera until I’ve approved your outfit and makeup. Understood?”

The models all nodded but remained more or less motionless, except for Analise. A nod from Charise, and the young model was climbing the steps. She turned to face Piero as Charise’s assistants worked to drape her dress just so. A whistle from their boss told the assistants when their work was done. They flitted to and fro to get out of the way. Some went up the stairs, and some went down. Better to separate than to risk tripping over a dress’s fabric and undoing the work they’d already put into creating the perfect image.

Piero paced back and forth at the foot of the stairs as he looked at the model, the empty space, and the shadows.

He took a couple of test shots before calling for a shift in two of the reflective umbrellas.

It was going to be a long day.

His head wasn’t in the game. He couldn’t rid himself of the feel of the blonde in his arms. As soon as he’d gone down and taken her with him, he’d wrapped his arms around her. Instinct had taken over, and he’d wanted to protect her from further harm.

Instinct didn’t explain the jolt he’d felt. Or the way she’d fit into his arms as if she’d been made just for that purpose. Or the way her softness had felt perfect against the sharp angles of his body.

He would have to seek her out later and apologize. Maybe he could get her name, offer to buy her dinner.

She was only half of his distraction today, though.

Nothing was ever going to be the same. He had a cousin he’d never heard of, and something was afoot at Villa Rossi.

Nope. Nothing was ever going to be the same.

Charise’s clap brought Piero back to the present.

The model now climbing the stairs was… Who was she? That wasn’t Patrice or Genevieve. Had they already gone through the first three models?

The blonde shot out from behind the curtain, a bag over her shoulder. She stopped by Charise, listened, and then climbed the stairs with purpose in each step. She had to squeeze up tight against the banister and rise up on her tiptoes to move around the dress’s fabric, but she did so with agility. One arm looped around the banister, she used her free hand to pull something out of her bag, and then leaned precariously over the dress’s extravagant train to dab something on the model’s face.

When Charise whistled, the blonde pulled herself back to the relative security of the banister and tip-toed her way back down the steps.

Not before Piero’s finger slipped on the shutter button and captured her image. A couple of times.

You can preorder Bella Notte for 99c.

You can also check out all of the Tuscan Legacy books here.

And now for that giveaway…

If you could travel anywhere in the world, where would you go and why?

Answer in the comments! One random commenter will be selected to win a $5 Amazon gift card. 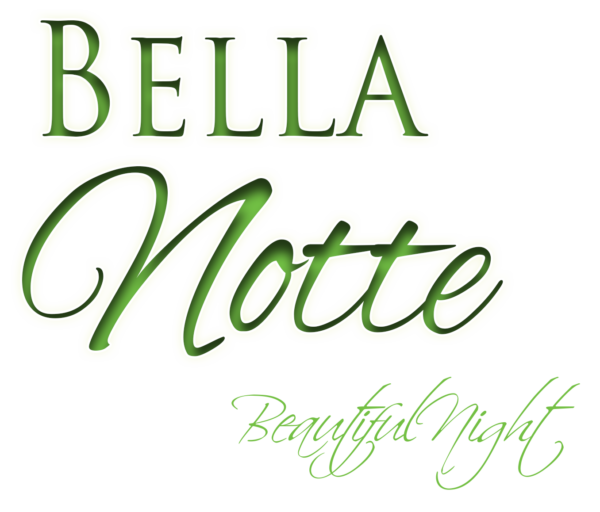