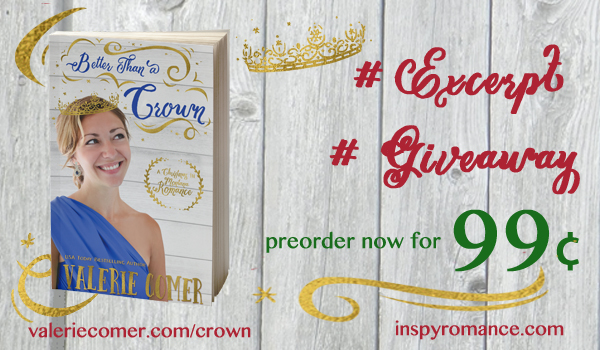 A black sports car pulled into Grizzly Gulch Resort’s paved parking lot and came to a stop. The purring motor dissolved into silence.

Heather Francis lifted her cordless drill and tightened the bolt holding the bench on a wooden picnic table, keeping half an eye on the car, waiting for the occupant to emerge. She shouldn’t be so nosy, but she couldn’t help herself, knowing her friend’s brother-in-law would be arriving today. The man Aimee said was the sweetest guy and best chef in the world… at least next to her husband.

“Uncle Levi!” a young girl squealed. Eight-year-old Shelby scampered across the yellowing lawn as the man climbed out of the low-slung car. He caught the girl, swung her around, then flung her over his shoulder, holding her ankles. Then his gaze landed on Heather.

She gulped and revved the drill, but looking away was beyond her ability at the moment. Aimee was right about one thing. Levi Esteban was sizzling hot. The man wore black from his cowboy hat right down to the pointy toes of his cowboy boots. His snap-front shirt accented broad shoulders that tapered to a narrow waist, where belted black jeans took over. Even his hair, curling out from beneath that hat, was all but black. Whoa.

He raised his eyebrows in Heather’s direction, and she waved. Except it was the hand holding the drill, and her finger convulsed against the trigger.

Heat flooded her face. Could she come off as any more of a moron? And why had she thought catching a glimpse of the man was worth being identified first as a Jill-of-all-trades? But he wasn’t supposed to notice her. Not now. Not today. Not like this. She’d only wanted to see for herself before Aimee introduced them like she’d promised.

Still staring, Heather lowered the drill to the table and let go. Thud. She yelped as pain shot from the bridge of her foot and tears sprang to her eyes.

Somehow, she’d missed the table. How had that happened? Why did she have to be so klutzy? And in front of Aimee’s brother-in-law, no less. There’d be no way he’d look at her twice now, not with anything other than distaste or pity in his eyes.

She turned away, chomping down on her lip, and leaned down to pick up the drill. Ow. Ow. Ow. Her foot hurt like nothing else had since that elbow in her eye when she was sixteen. Who knew a ten-pound tool could cause this much pain?

In a minute she’d peek and make sure the man and his niece were out of sight. Then she’d yank off her steel-toed boot, assess the damage, and cry. Definitely cry.

“Hey, are you okay?” asked a masculine voice. “Looked like that must have hurt.”

“You might want to get that boot off before your foot starts to swell.”

She’d get right on that if he’d only leave her alone.

Warm hands caught her shoulders through her hoodie and gently pushed downward.

Heather sank to the picnic bench and allowed her shoulder-length blond hair to curtain her burning face. This seriously couldn’t be happening.

Shelby knelt in front of her, peering up. “Miss Heather?” The little girl wore a worried frown.

Please, why couldn’t they leave her alone?

“Which one did it land on?” asked the male voice. “Your right?” Long tanned fingers loosened the laces of her boot, nearly hidden behind the cowboy hat as he bent over her foot.

Heather choked back a gasp at the new flood of pain, but a hitch in her breath likely gave her away.

He gave a nervous chuckle. “This might hurt a bit.”

He grasped her boot and, with a deft twist, pulled it off.

Heather tilted on the bench as pain swarmed her senses. No, she couldn’t pass out. She needed to stay alert. Get rid of this man. Hobble or crawl to her staff suite in the Tomah House across the resort’s grounds.

“Shelby, sit beside her, and let her lean on you.”

Like an eight-year-old could prevent her from toppling. Still, the little girl wedged against Heather’s side. “It’s okay, Miss Heather. Uncle Levi will take care of everything.”

He rolled the sock off and tucked it in her boot. Warm hands engulfed her foot, thumbs gently probing the bridge of it. “I don’t think it’s broken, but you should probably have an x-ray to be sure.” He gave a wry chuckle. “Good thing those are steel-toed boots.”

Too bad it hadn’t been complete medieval foot armor. Heather willed her voice to be steady. “I honestly think it will be okay. It’s not the first time I’ve dropped something.” Not usually as heavy as that drill, though, and not usually on her foot. “I’m sorry for distracting you from whatever you were doing.” For calling attention to her clumsiness.

“Are you sure? Try putting some weight on it.” His hands settled on her waist and lifted.

Heather pushed his hands away. “I don’t even know you.”

The black cowboy hat tilted up and astonishingly green eyes assessed her from where he knelt in front of her. A grin softened his sober expression and crinkled the skin around those amazing eyes. Aimee had somehow missed mentioning them.

“Levi Esteban, at your service. Shelby knows you, so I’m guessing you’ve met my brother, Jared, and his wife, Aimee?”

She nodded. “I’m Heather Francis. Someone who shouldn’t be allowed near power tools.” Now, why had she said that? Maintenance was part of her job description at Grizzly Gulch Resort. That, and coaching junior contestants for the Miss Snowflake Pageant… both of which required more dexterity than she’d shown in the last five minutes.

“Now that we’ve officially met, Heather, can you try standing on that foot?”

Why did the guy have to be so doggone persistent? He wasn’t going to take no for an answer.

Heather braced both hands on the bench, sucked in a deep breath, and pushed herself upright. She could do this. She only needed to keep her face emotionless long enough to pass his inspection. Then she’d sit back down until he was out of sight, and then she’d crawl to her apartment.

She grimaced as the world wobbled.

And that was all the warning Heather had before Levi’s strong arms swept her off her feet.


Read the remainder of the first chapter here. 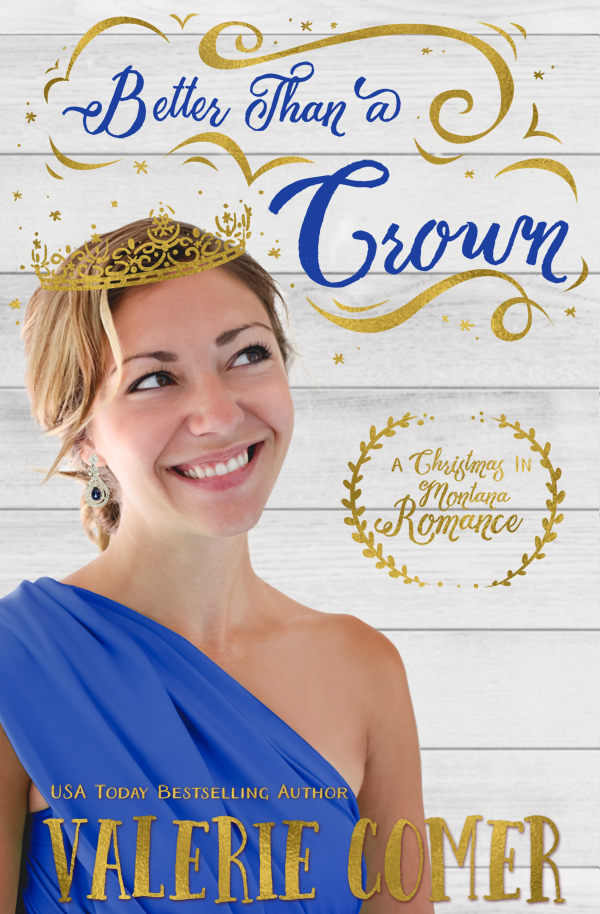 Always a princess, never the queen.

As a runner-up in 27 competitions, Heather Francis tries to teach young contestants there’s more to pageants than winning, even though her mother never got that memo. It’s hard enough to focus and ignore the inner voice calling her a fraud without being attracted to Grizzly Gulch Resort’s brooding temporary chef.

Levi Esteban’s temp job as chef in Helena, Montana, and caregiver for his niece, Shelby, would be perfect if it weren’t for the Miss Snowflake Christmas festivities at the resort. Levi’s been against pageantry all his life and isn’t about to change his stance, regardless of his fascination with Shelby’s coach.

When Shelby’s parents’ trip is extended, Levi and Heather must join forces to care for her and pull off the pageant. Is there something better than a crown in their future?

Always a princess, never a queen. Pre-order BETTER THAN A CROWN today for 99c! #romance

Better Than a Crown releases next week! It’s currently available for pre-order at the following retailers:

I’m offering one reader an advanced review copy (e-book only, worldwide). To enter, simply comment on this post before Saturday, September 16. Let me know about one of your embarrassing moments! Or about the worst damage you ever did to yourself. Or… just comment.