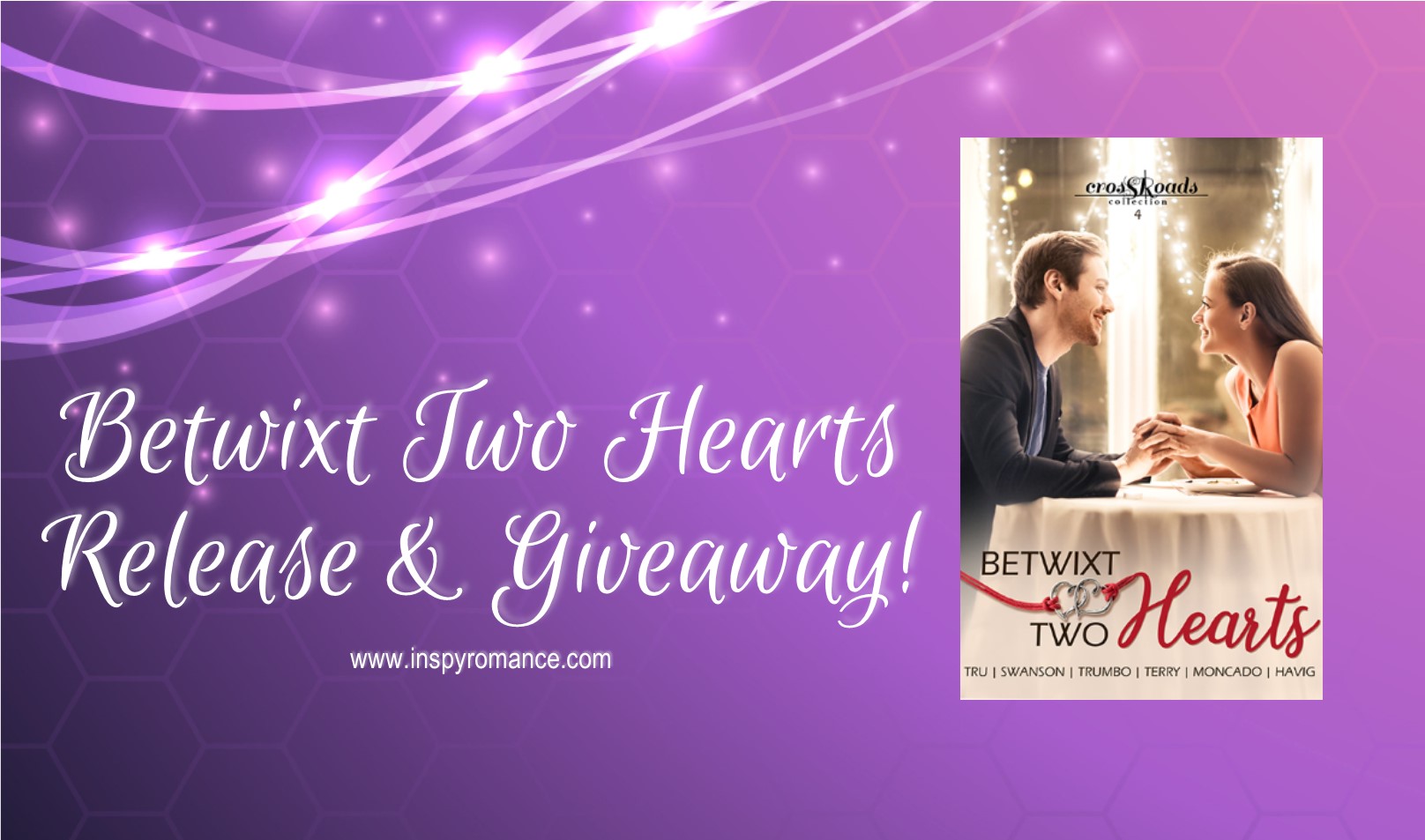 I love new releases! Both mine and my favorite authors!

(We won’t talk about how I don’t have enough time to read all the books by all my favorite authors, especially not as soon as they come out.)

I had a new release this week. It’s always great fun to see a book baby out in the wild.

This one is fun for several reasons. It’s a boxed set collaboration. If you haven’t read any of the Crossroads Collections sets, you should! They’re great fun! 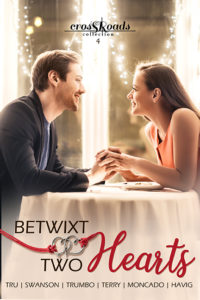 One book ties them all the stories together. The first set, Out of the Blue Bouquet, is about a florist who has a bunch of flowers misdelivered all over the world. My story, A Kaerasti for Clari, takes place in the palace of the fictional country of Eyjania. Flowers are initially delivered to the wrong person, but are intended for Clari, the heroine. We meet at least two future heroes/heroines in the book, and it’s kind of an unofficial prequel to book two in my Crowns & Courtships series.

This new set is about an online dating service/app, called Betwixt Two Hearts. Members can be set up based on algorithms, or be matched personally.

My story is Guardian of her Heart. If you’ve ever read, Good Enough for a Princess, you might remember Mark and Todd. They were Crown Princess Adeline’s bodyguards while she lived in the States.

From the moment I first mentioned Mark, I knew he thought he was in love with Addie. Then she met Charlie and even if it would be acceptable for a bodyguard to marry a princess*, it wasn’t going to happen.

I also knew I wanted to write Mark’s story someday. This isn’t a story I planned, but when Amanda Tru approached me about this set, it came to me.

Mark is no longer part of Addie’s security contingent. Instead, he spends his time in the Serenity Landing supervising security at the homes owned by not just his royal family, but several others in the same neighborhood.

Then the queen decides to meddle.

She signs him up for the Betwixt service.

To appease her, and because he does want to settle down someday, he goes on several dates, all of which are disasters. 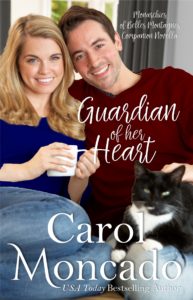 Then he gets a message via the app.

Who has a cat stuck in her van.

Casey has arrived in Serenity Landing for a craft show to find a stowaway. Her best friend’s cat hid out for at least thirty-six hours, and now she’s at this craft show with no way to care for the feline while running her booth by herself.

She’s in a strange town and has a new – local – match on her Betwixt app. She’s desperate. So she reaches out.

While the dating app part didn’t happen in real life, the cat part did.

My friends who run a yarn dyeing business drove from our Southwest Missouri home to Minnesota for a yarn show. When they arrived, two of them found a cat (belonging to the third) in the back of their van.

The third friend couldn’t attend (she was 36 weeks pregnant at the time) and lives in the country where they have their dye studio. She hadn’t seen the cat in a couple of days and wondered if a coyote had gotten to him. But instead, at some point while they were loading everything, the cat jumped in the back of the van and became trapped.

To hear them tell the story is hilarious. From how they took care of the cat at the show to sneaking him into their hotel – and the insane trip back home, we all knew it had to go in a book. (In fact, they told each other that the first day – Carol’s going to use this in a book, you know.)

Casey’s experience isn’t quite like my friends’ (after all, they didn’t have a cute guy who works for royalty and is friends with billionaires helping them out), but there were similarities.

It also gave me a chance to check in with some old (fictional) friends – including Jonathan and Kenzie Langley-Cranston (who had some news to share), Adam and Gwendolyn Wilkerson, and Queen Adeline of Montevaro.

I almost didn’t do the set. My story was several days late getting turned in. But I’m so glad I did. I’m currently working on book 7 in the Crowns & Courtships series and a tidbit at the end of Guardian of her Heart looks to be a PERFECT tie in.

I kind of love it when God works things out that way ;). 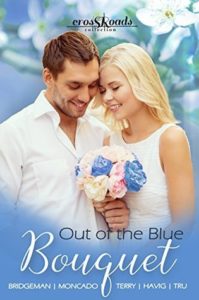 Plus working with Amanda, Chautona Havig, Cathe Swanson, Kari Trumbo, and Alana Terry has been so much fun! We’ve also bought the website and are in the process of adding fun stuff over at Betwixt2Hearts – including a fun quix to tell you which of the heroes should be your next book boyfriend!

If you’ve never read a Crossroads Collection, be sure to check them out! The full series page is here.

Out of the Blue Bouquet is those misdelivered flowers.

Yesterday’s Mail is about missives found in a dead letter office.

Under the Christmas Star is about handmade ornaments.

And now, Betwixt Two Hearts, is about those who find love in the digital age.

Would you ever use a dating app? Or do you have a funny pet story? Share below for your chance to win a digital copy of Out of the Blue Bouquet or Betwixt Two Hearts.

*Yeah. I might be doing that in my current work-in-progress. We’ll see how it works out ;).