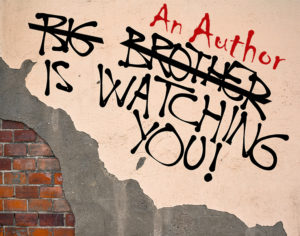 I am a chronic eavesdropper.

I eavesdrop and people watch pretty much everywhere. Many of my books are started (or writer’s block unjammed) by a tiny gem of an idea I hear in common places like writing at Panera, Starbucks, or even sitting in the food court at the mall.

I’m at Panera working on a sequel for The Engagement Plot to pitch to my publisher.

There is a woman and a man sitting (separately) next to me. They strick up a conversation, and I am enthralled. She just handed him her business card… and accidentally gave him her credit card instead. They laughed. I wasn’t watching (cause I’m typing this…) but I could just picture her blush from her obviously embarressed reaction to her blunder.

He helps entrepreneurs start businesses, and she helps established businesses grow. I’m sure they are both married, but my romance brain can totally take this and run far if I want. Oh, I might need to write a book about them.  *happy sigh* Or maybe not, but let’s just say, if my heroine accidentally hands my hero a credit card instead of a business card in a future book, you now know where that came from.

Funny enough, my Christmas novella, A (kinda) Country Christmas, started from a similar eavesdropping. My hubby and I were visiting Gatlinburg, TN and went to a little theater there. A few rows behind us, a man was sitting a few seats away from a woman and her older-teenage-looking daughter. He was TOTALLY flirting with her. Told her he flew around the world on business.

Why was he, a guy who had just been in Hong Kong the week before, sitting by himself in a tiny Vaudeville theater in Gatlinburg?

Why was she there with only her daughter and so willingly talking/flirting with the man? Was she enamored? Was she just being nice? Mother-daughter were both blondes… and they along with the bald businessman unknowingly became pawns in my book.

Of course their story was purely a figment of my imagination, but they were the inspiration.

So here’s my question and forewarning for the day.

Question: Do you ever “eavesdrop” or people watch? Is it creepy that authors do this? Where is your favorite spot to people watch (if you do…)?

Forewarning: Somewhere out there, there is a GOOD possibility that there is a book that was inspired by a random conversation you had with someone in a Starbucks or Panera or some other random place! So if you read a book that seems just a little too familiar….. *wink* You just might have been their inspiration!