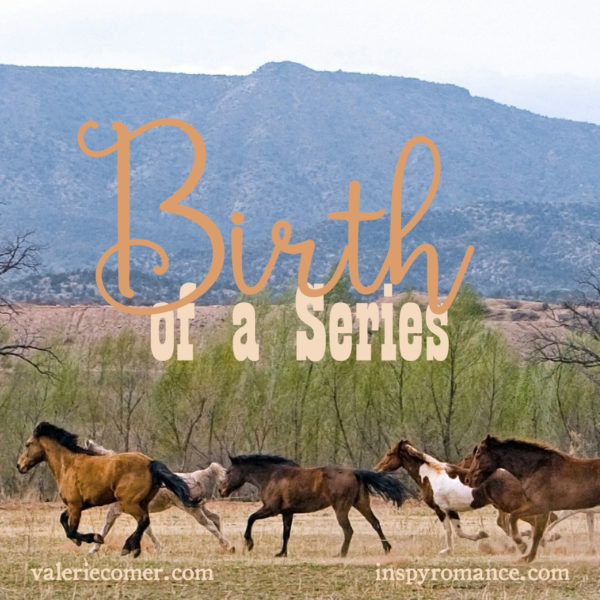 A few days ago, Marry Me for Real, Cowboy hit the virtual bookshelves, kicking off my seventh Christian contemporary romance series… and my second western romance series. It occurred to me a while back that I had never done a sibling series. Oh, most of my series have had siblings in them, but never before did I sit down to plan a series focused on only siblings.

Well, that had to change, right? While it’s not completely unusual to have a family of six brothers, it’s not super common, either. But wait, would a blended family work? I began to poke at the idea of a set of his’n hers sons. Five to one? Four to two? Three to three? After much deliberation, I decided on an even split.

Then I got to decide what happened to the parents’ previous spouses, and when. How long has this blended family been together? Do the parents have a strong marriage? Do the stepbrothers get along?

Oh, so many possibilities!

Declan Cavanagh’s first wife left him and their three sons when the boys were 11, 9, and 5. Not long after, the neighboring rancher passed away from cancer, leaving his widow, Kathryn, with three sons: a 12-year-old and a set of twins two years younger.

I could see why Declan might want to remarry. His boys were a major handful, and he had a large ranch to run a 30-minute drive from town. The poor man needed all the help he could get. But why would Kathryn entertain the thought, when her marriage had been happy? Well, medical debt, maybe. And, oh!!! I had another idea. Something I could sprinkle clues about throughout the books.

And then the brainwave came.

What if Declan and Kathryn’s marriage is in trouble now that their boys are all in their twenties? I could toss in another set of twins — girls, this time — from early in their marriage. Young teens, now. And I could give the parents’ story an arc of its own that would come in pieces throughout the series. I quickly made notes on that. Not too many, since I am not a plotter at heart. Just enough that I could roughly see what stage their story needed to be at throughout each of the six books. 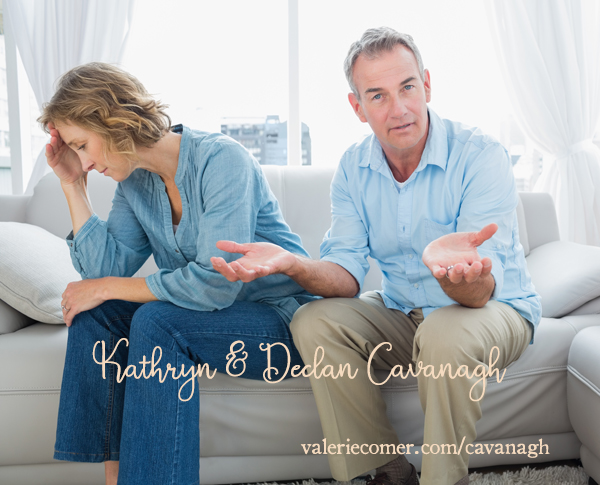 This stock photo captures my image of the senior Cavanaghs!

Kathryn’s sons are, not surprisingly, better adjusted than Declan’s. After all, they remember a happy home from their childhood. They know about love, about chivalry, and about faith.

Oh! I write Christian romance. Sure, every cowboy will have his struggles, but did I want to incorporate a salvation story in half the novels? No. So with the kind of background they’d had, why would Declan’s boys have a faith foundation?

Scribble, scribble. More ideas for that. The young men’s personalities and past problems began to firm up, along with titles representing the tropes as they came out of the mist.

With the ranch and family dynamics in place, I focused on Kathryn’s oldest son, Adam. I was in the process of writing the final Saddle Springs Romance story at this stage, The Cowboy’s Reluctant Bride. I interwove a few pieces of Adam’s story into Bride, making Adam and Sawyer Delgado (Bride’s hero) rodeo buddies. I hoped the connection between series would help bring readers from Saddle Springs to Cavanagh Cowboys, but just as important was the fact that I was getting to know Adam myself.

Adam ran off to join the rodeo right out of high school. A big part of that was to get away from his stepfather and Declan’s oldest son, Travis. But now Adam is coming home, dragging his heels every step of the way, worried about the reception he’ll get and if it is really worth it to return to Rockstead Ranch.

Enter Riley Dunning, a young woman with a big problem of her own, and by the end of the first chapter, Adam has seen a solution to both their issues: a fake engagement that will only need to last a few months. Then they’ll both be able to achieve what they want most.

What could possibly go wrong? 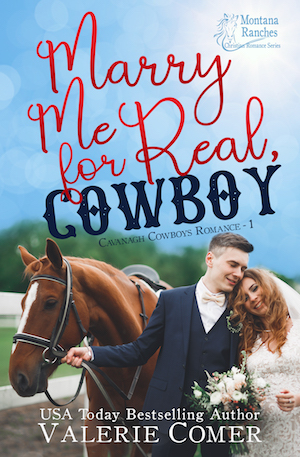 And that’s how the Cavanagh Cowboys Romance series was born.
Marry Me for Real, Cowboy is available on Amazon and in Kindle Unlimited.

Do you love series with a romance for each sibling? What’s your favorite Christian contemporary romance series set up this way?