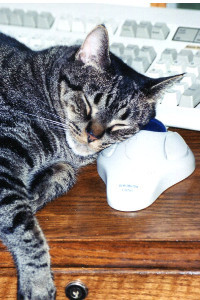 October has been an emotional roller coaster ride for us. We got a contract on our former house – this news couldn’t be more welcome to our pocketbook! The offer was very low though, so we took a chance and countered.

The next day, we headed out of town to my hubby’s eye specialist – he’s been getting monthly injections in his eyes for about 3 years. In September, one eye was near normal and the other not far behind – this was fantastic news! But in October, for some unknown reason, his eyes had grown worse, much worse. While we were on our way home from the appointment, theorizing about what might’ve gone wrong, the Realtor called – the buyers accepted our counter offer! But how could we celebrate when we were still trying to deal with the eye doctor’s report?

The next morning, when we woke up, we discovered that our seventeen-year-old kitty had a stroke during the night. We took turns holding him, expecting him to die any moment … but he didn’t. Finally we took him to the vet where he got a steroid shot and another chance. As we were putting down a tarp and erecting cardboard walls to keep him safe, there was more good news – our ninth grandbaby had just arrived! 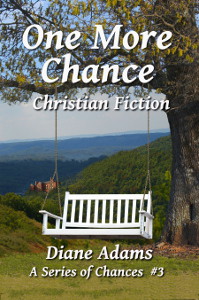 Such is real life … happy events followed by misery, bad news tempered by good. One of the reasons I enjoy writing a series is exploring the various ways people deal with these major events: a sick child, an elderly parent, a lawsuit … Interestingly enough, to me, is the way positive happenings sometimes bring us pain, while tragedy often results in good fortune – eventually. It helps me to understand the Bible verses that advise us to give thanks in all things, to receive whatever God allows into our lives as a blessing, no matter how well disguised as a curse.

Anna and Michael are riding an emotional roller coaster much like ours in One More Chance, Book #3 in A Series of Chances. First hand experience helped me guess how they would deal with some of their problems, but it wasn’t easy to help them find their HEA. 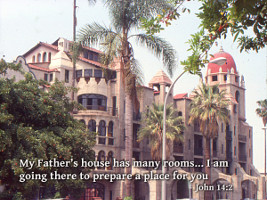 One thing I do know for certain – my own life is going to end with a HEA, even if I hope it’s a long ways down the road! When I finally step off of the roller coaster, Jesus is going to show me the spot He’s preparing for me, even now. Doesn’t end any happier than that!