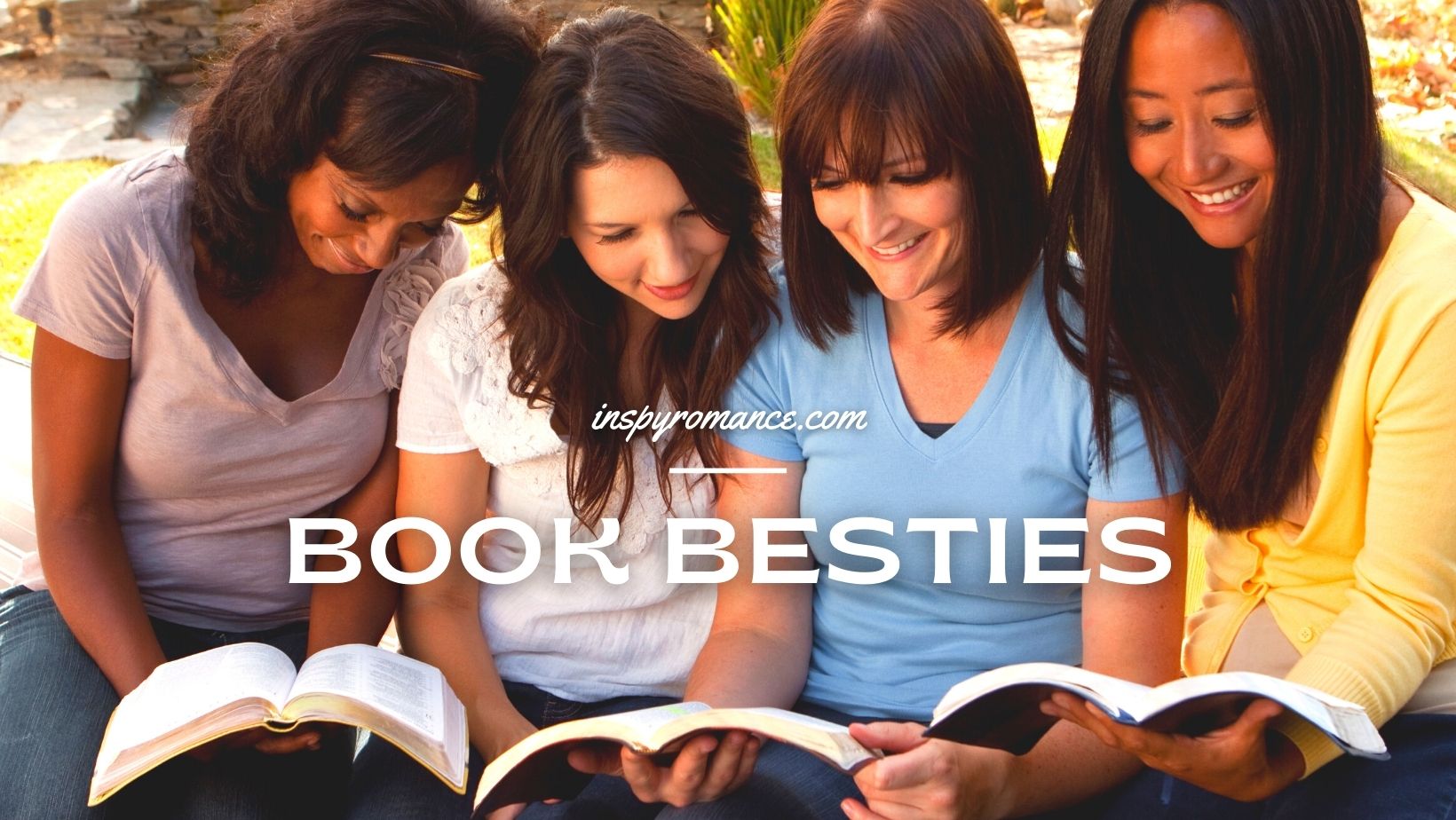 I know “book boyfriends” are a thing, but what about a book best friend? Romance novels just wouldn’t be the same if our heroines didn’t have someone helping them navigate the highs and lows of love. These besties bring empathy, wisdom, and comic relief. Sometimes such beloved characters get their own story in a sequel, but for all the times they don’t, let’s honor them here.

I give you my top six womances (like a bromance, but for women):

6.) Molly by Sarah Monzon: Molly doesn’t only have one best friend, she has a gang of friends…if gangs were known for sewing together. Jocelyn, Betsy, and Nicole all count as book besties because Molly moved a lot when growing up and missed out on having childhood friends, so now she deserves a plethora of seamstress pals. Also, she needs them to gang up on her and convince her to give love a chance. As told by Molly when refusing to admit her crush… Heat infused every inch of my body as I stared at the kittens in my hands. Tabby, Siamese, Calico. I studied them all, refusing to lift my gaze. One look at any of these three ladies, and I’d be pounced on like one of these felines on a fat mouse.

5. Turn to Me by Becky Wade: When it comes to relationship advice, Meadow and Bridget are pretty much the devil and angel sitting on Finley’s shoulders, so they share this spot equally. My favorite line is after Meadow attempts to get to know the guy she’s been warning Finley away from. She makes an effort then says to Finley, “That was very big of me.” And Finley responds, “It really was. Group hug.”

4.) Love and a Little White Lie by Tammy Gray: When January meets Darcy, the other woman is introduced as her boyfriend’s best friend. Not only is Darcy beautiful, but Cameron admitted to previously having a crush on her. Though she has all the makings of a frenemy, Darcy is way too lovable a character for any reader not to adore her, and she becomes the best friend January didn’t know she needed. Jan describes their meeting this way… I want to hate her, but for some reason I can’t seem to. She’s too darn sweet. And she’s linked her arm through mine like we’re lifelong friends.

3.) Now and Then and Always by Melissa Tagg: Jenessa sees Mara looking lonely, thinks she needs a friend, and, voilà, befriends her. She’ll apparently befriend anyone, as seen when she introduces Mara to the sheriff. “My BFF here is–” “Not your BFF, Jen.” Sam leaned back in his chair, arms folded. Janessa’s dimpled grin deepened. “Sam’s always grumpy. Ignore him.”

2.) All That it Takes by Nicole Deese: Val’s best friend Molly is spunk and sunshine, and that personality comes through in her over-the-top texts. Besides sending Star Wars GIFs, she messages things like, “I’m dying. No, I might actually be dead. This text is being sent from The Great Beyond.” There’s never a dull moment.

1.) Plot Twist by Bethany Turner: Friendship with Fiona offers the fulfillment needed when Olivia experiences a series of missed connections with “sexy Irish guy.” Fiona’s friendship is also worth fighting for when another man comes between them. Olivia sums up their relationship like this, I’d had a life before him, I’d had a life with him, and I had a life after him—but I had no recollection of life without Fi. We had survived some of the worst things friends could do to each other, and we had come out on the other side stronger and more bonded than ever before. Turns out Fiona Mitchell and I were actually the loves of each other’s lives. Of course, with Fi being romantic, optimistic, and ridiculously successful, she refuses to let Olivia give up on love.

If you also enjoy stories like these, that makes you a different kind of book bestie. You’re the friend who shares my love of books, and my life wouldn’t be the same without you.

Who is your favorite book bestie in Christian fiction?