I’ve been able to do a little book reading this summer — not as much as I’d like but I’m grateful for some time to read. I recently finished a book by a debut author, and I thought I’d share it with you. 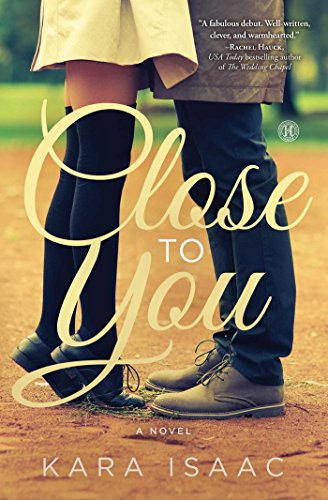 Allison Shire (yes, like where the Hobbits live) is a disgraced academic who is done with love. Her belief in “happily ever after” ended the day she discovered her husband was still married to a wife she knew nothing about. She finally finds a use for her English degree by guiding tours through the famous sites featured in the Lord of the Rings and The Hobbit movies. By living life on the road and traveling New Zealand as a luxury tour guide, Allison manages to outrun the pain of her past she can’t face.

Jackson Gregory was on the cusp of making it big. Then suddenly his girlfriend left him—for his biggest business competitor—and took his most guarded commercial secrets with her. To make matters worse, the Iowa farm that has been in his family for generations is facing foreclosure. Determined to save his parents from financial ruin, he’ll do whatever it takes to convince his wealthy great-uncle to invest in his next scheme, which means accompanying him to the bottom of the world to spend three weeks pretending to be a die-hard Lord of the Rings fan, even though he knows nothing about the stories. The one thing that stands between him and his goal is a know-it-all tour guide who can’t stand him and pegged him as a fake the moment he walked off the plane.

When Allison leads the group through the famous sites of the Tolkien movies, she and Jackson start to see each other differently, and as they keep getting thrown together on the tour, they find themselves drawn to each other. Neither expected to fall in love again, but can they find a way beyond their regrets to take a chance on the one thing they’re not looking for?

I’d read a little bit of Kara Isaac before she was published, in a writing contest, and loved her voice and style. That was a different story than this one, but when I saw she had a book coming out, I put it on my must-buy list.

Close to You was a fun read for a lot of reasons. I’m not a Lord of the Rings fan, necessarily, but I liked the concept of people visiting New Zealand to see places where the movies were filmed. If you haven’t seen them, the real-life settings there are gorgeous. And I thought the idea of having a woman find out her husband was already married was a new one. Unique. I wanted to see how that played out.

Then there was Jackson, the hero. What I loved about him was that he was all male. He wasn’t a sugar-coated, too-good-to-be-true  character. He and Allison didn’t like each other. At all. And that came through from his point of view very well. At the same time, though, he was a good guy who could put feelings aside and do what was right. A good guy who might need a few knocks across the head, yet was coming around as I read. And it was fun to see him grow and see the relationship between Jackson and Allison change.

The whole cast of the tour group added a fun element to the book too, with each member contributing their own shenanigans. And then came the ending, which wasn’t what I expected it to be but was very satisfying.

Close to You had wonderful comedic moments and plenty of sweet romantic moments as well. It’s a well-written, believable story about two people who have choices they need to deal with and move beyond. And I think a lot of us relate to that. Fans of Christina Coryell will love Kara Isaac.

Has anyone read Close to You? What were your thoughts? No spoilers please!